Ad of the Week: The ‘Sweeter, Solider’ Ways of the 1959 Chevrolet Corvette

Check out that parallelogram suspension! 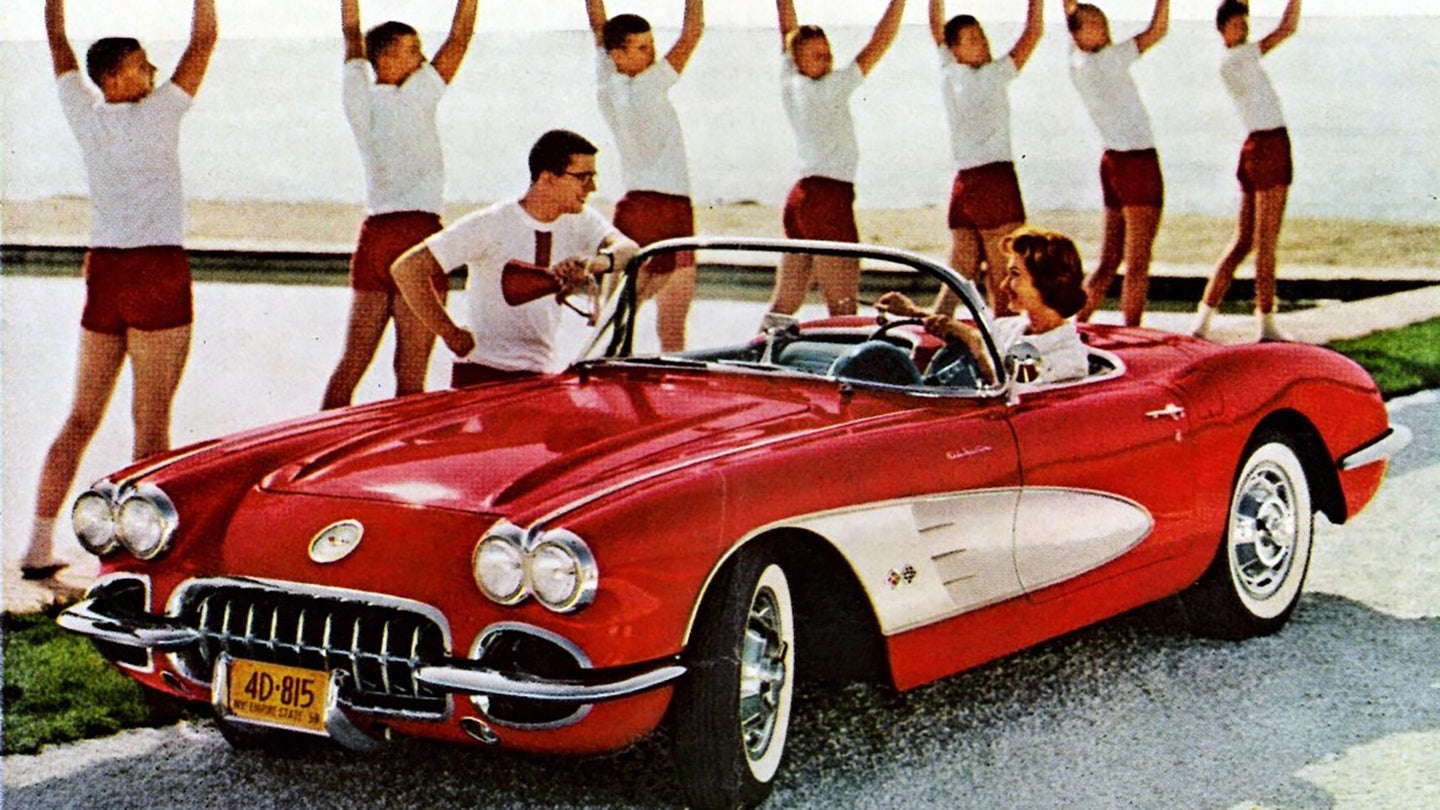 2020 isn't going to go down in anyone's scrapbook as a year to remember—unless you're talking about the Chevrolet Corvette. This, of course, was the year the 'Vette finally went mid-engine, and while the 2021 model brings a price hike along with its shuffled options list, the C8 remains an absolute bargain for a car packing a 490-horsepower small-block. But back in 1959, Chevy had somewhat less to report about its sports car, being just past the major design changes of 1958 that gave the Corvette a longer front end with quad headlamps.

That's why the folks at GM wanted you to drive one instead of getting underwhelmed by the short list of upgrades. Sure, rare RPO options included the folding power roof that automatically called for a smaller fuel tank, as well as power windows, 15-inch wheels, a heavy duty suspension and metallic brake lines towards the now air-cooled 11-inch drum brakes. The four-speed manual also got a positive reverse lockout mechanism, and let's not forget that the convertible top could only be ordered in turquoise for 1959.

Still, with no change in horsepower ratings over the 1958 Corvette, the ad better featured a red car with a New York plate and a female driver being admired by at least eight men, with one enjoying a clear advantage over the others.

Subtle improvements in driving position, form-fitting seats and instruments that are easier to read, so you could make the most of Chevrolet's amazing parallelogram rear suspension. This added trailing radius rods connecting the top of the axle to the frame, thus relieving the rear springs from torque reactions during acceleration and braking to reduce the axle's tendency to twist. After all, with the 283 V8 onboard, that rear axle had to handle up to 305 pound-feet or the road-tearing stuff.

As icing on the cake, the Corvette team threw in its Magic-Mirror acrylic lacquer finish, and a new stowage shelf just under the cabin's padded assist bar. The question remained: this, or a second-generation Ford Thunderbird?

Today, America is having bit of a supercar revival. Following the highly-expensive Ford GT, GM is selling the equally mid-engine Corvette at a very reasonable price, while preparing its furious Z06 and hybrid AWD ZR1 to punish the established Europeans. At a different price point, small players like Scuderia Cameron Glickenhaus are on their way to produce an equally GM-powered center seater that's good enough to be competitive against the best GT3 cars during a 24-hour race at the Nürburgring, while SSC North America has launched the world's fastest production car with its 331 mph twin-turbo V8 Tuatara. Both feature plenty of composites, just like the 1958 Corvette does with its fiberglass body being "three times thicker than steel".

Ad of the Week: The Jeep CJ-7 Is Beautiful Even When It’s Clean

Yet when was the last time yours—or your neighbor’s—was clean?

Ad of the Week: The VW Corrado Can Best a Beetle’s Terminal Velocity

What’s the best way to market the supercharged Corrado’s 140-mph top speed? Drop a Beetle off a cliff.