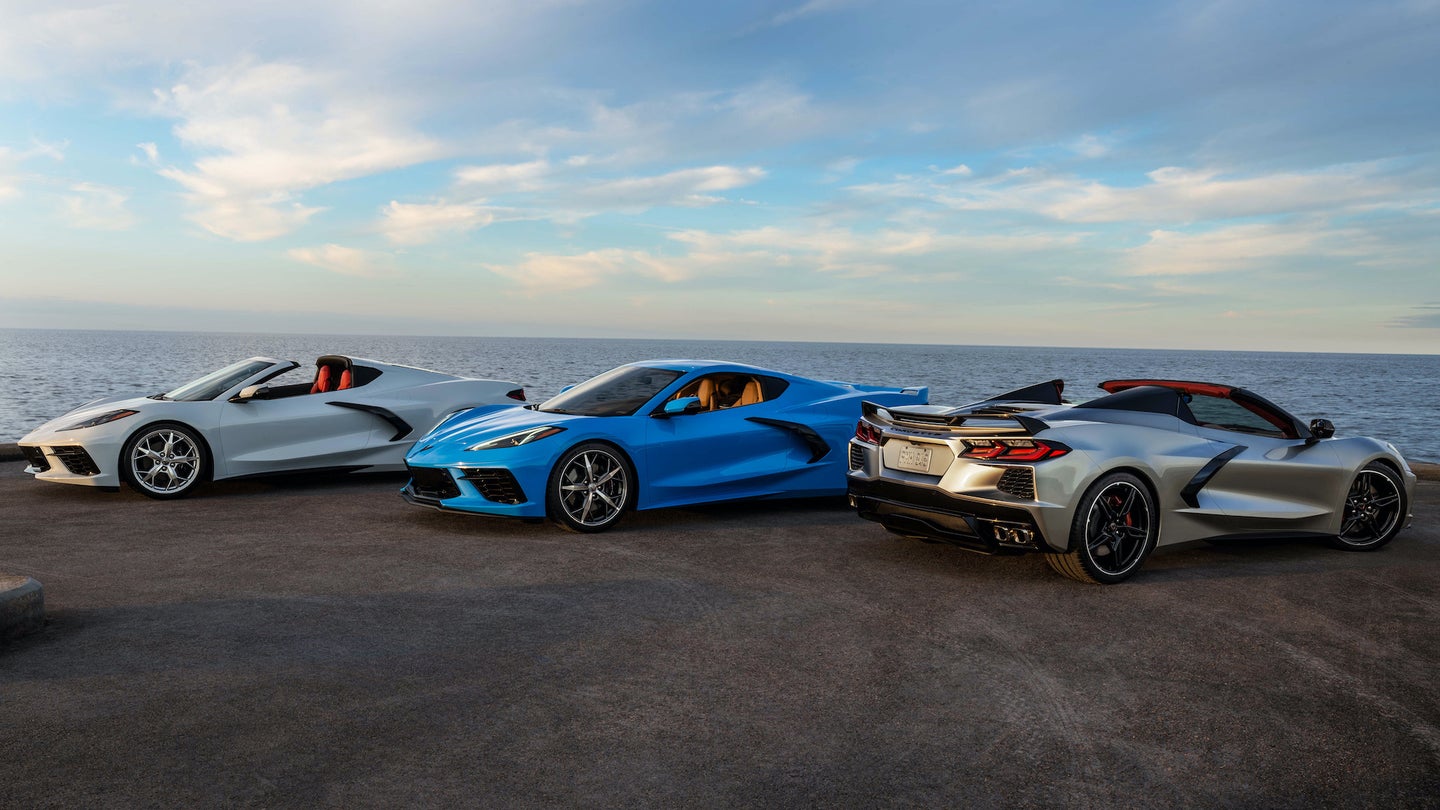 Starting at a hair below $60,000, the newly mid-engined 2020 Chevrolet Corvette was hailed as the greatest performance bargain of the new millennium. That praise, however, applied only for the C8's first model year, as General Motors planned to increase its price for subsequent years. But after COVID-19 disrupted production of the 2020 model, GM seemingly reconsidered leaving its committed early adopters high and dry, as it announced Wednesday that the Corvette's introductory pricing will carry over for the 2021 model, which will indeed include all those upgrades that leaked back in March.

Like the 2020 models, 2021 Corvettes will start at $59,995 for the hardtop, and $67,495 for the convertible, both before a $1,095 delivery charge. As rumored, the entire range will get wireless Apple CarPlay and Android Auto, plus availability of GM's Magnetic Ride Control—tech so refined even Ferrari licenses it—independently of the Z51 performance pack.

Silver Flare Metallic (as seen on the right in the photo up top) joins Red Mist Metallic as newcomer paint options for the 2021 model year, and either can be overlaid with a variety of new stripe options. Dual stripes in blue, orange, red, or yellow are available alongside "stinger" stripes in Carbon Flash with midnight silver, red, or yellow accents.

Sky Cool Gray with Yellow Strike highlights arrives as the sole new interior scheme, though there'll still be other upgrades within if it's not to your taste. The 2021 includes a new digital track tachometer, plus another change that's likely to further infuriate change-averse old-timers: a lockout that can stop drivers from shifting out of park with the seatbelt unbuckled.

Yes, some will invariably buy those defeat devices that can trick the sensor into thinking the belt is in, but it's hardly recommended—not just because it's illegal, but because the C8 will be more than glad to throw loose occupants out of their seats when driven to the limit. And that goes not just for the current base model, but all faster future variants, including the allegedly forthcoming, 1,000-horsepower Zora.