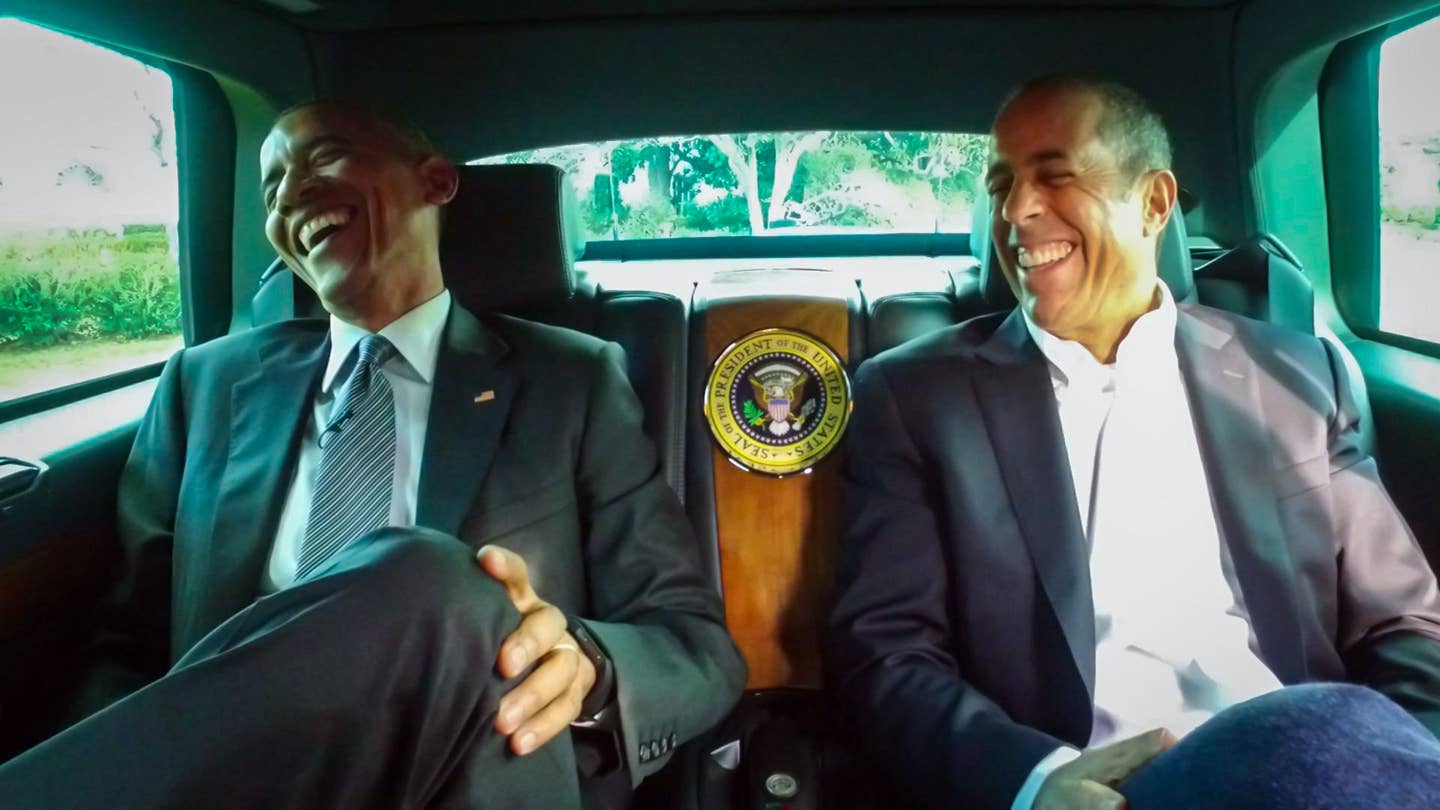 From Oval Office to banked oval? President Obama will appear on Comedians in Cars Getting Coffee, at least according to the press department at Crackle Media. The trailer for season seven of Jerry Seinfeld’s web series/rolling chat show includes footage of stars like Steve Martin, Will Ferrell and Garry Shandling driving (and palling) around in the likes of a vintage Porsche 911, Dodge Daytona and BMW 2002. But before alumni of the Comedy Cellar and Saturday Night Live get a turn, an alumnus of the Harvard Law Review, will be taking Seinfeld's seat: Barack Obama will pilot a split-window 1963 Corvette Stingray across the White House lawn.

The car, of course, had to be American. (Remember the flag pin fiasco?) Due to security concerns, the President didn’t get the standard Comedians in Cars Getting Coffee treatment: blasting through the Hollywood Hills or Hamptons back roads along which Seinfeld’s fancy friends live. Instead, with Secret Service likely in the backseat, Jerry will sit shotgun as the president drives what might be the pinnacle of American sportscar design across the White House property. In addition, thanks to a released still, it looks like Jerry Seinfeld might end up getting a ride in “The Beast,” the near-mythical, truck-chassised, armored limousine that President Obama uses to get around. Clearly, Obama and Seinfeld are squeezed into a fairly tight back seat, straddled a large Presidential seal.

The interviews Seinfeld conducts are exactly hard-hitting, but the press release from Crackle, Sony’s free streaming service, promises Obama will delve deeply into his life in the White House over, of course, coffee. Will the Commander-in-Chief executively order a burnout to be done on the South Lawn? God, and country, willing.