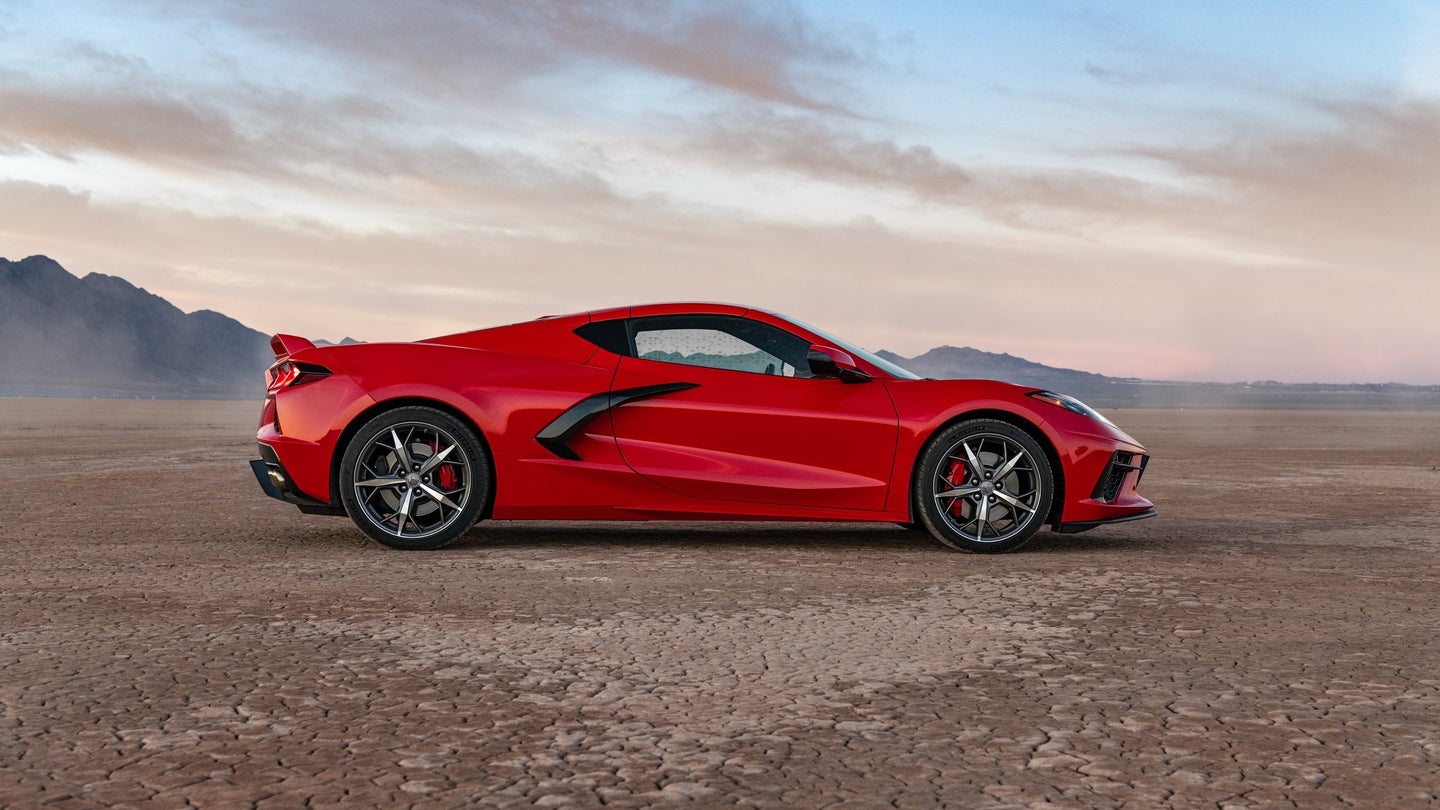 If you were just about to head out the door to pick yourself up a mid-engined Chevrolet Corvette, you may wanna sit down and put the pajama jorts back on. General Motors has issued a stop-sale on the 2020 model year car over an issue concerning its brake-by-wire system.

When reached for comment by The Drive, a GM spokesperson replied, “General Motors has decided that a defect which relates to motor vehicle safety exists in certain 2020 model year Cadillac CT4, CT5 and XT4 vehicles, 2020 model year Chevrolet Corvette vehicles, 2020 – 2021 model year Buick Encore GX vehicles, and 2021 model year Chevrolet Trailblazer vehicles. Material used in a sensor connection in the electronic brake boost system in these vehicles may have been contaminated during the material supplier’s production process. Contamination of this material may cause an interruption of communication between the sensor and the brake boost system under certain conditions.”

Per Corvette Action Center, a similar statement was issued to dealers with an order to stop deliveries of the affected models.

Cars that do indeed lose their electronic brake boost assist may have their speed limited and require extra brake pedal force to slow down and come to a stop, increasing the risk of a collision. Not good.

In addition to reportedly suspending new and used sales of affected models, GM will allegedly soon be issuing an official NHTSA recall on already-sold vehicles which, as a remedy, will have their electronic brake boost modules replaced free of charge by their Chevy dealership.

Notably, this wouldn’t be the C8 Corvette's first recall. Just last month, Chevy recalled its mid-engined sports car over front trunk releases that become inoperable 10 minutes after the car is turned off, possibly trapping any people, pets, or Applebee's leftovers that may have made their way inside.

Oh, and they also dummy-proofed the frunk latch.

I’m Going to Daily-Drive a 2020 Chevy Corvette Stingray. What Do You Want to Know About It?

It is my duty and honor to answer your most complex and highly scientific questions.

And how did the internet react? Not well!