Jeep’s First EV Will Be Smaller Than the Renegade and Built in Italy: Report

Manufacturing could also take place in the U.S. and Mexico. 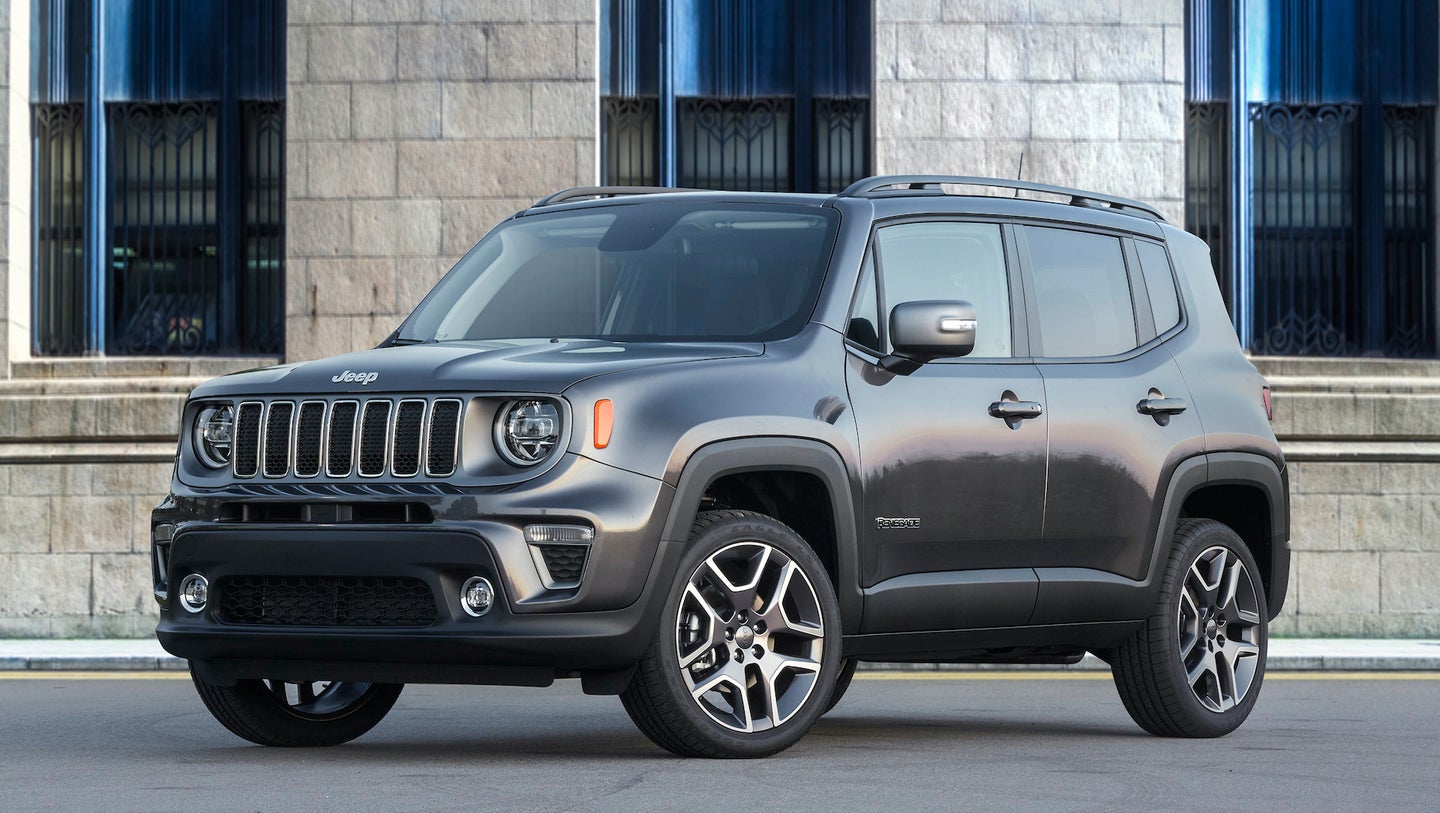 Fiat Chrysler Automobiles can't lean on Tesla for carbon credits forever. It has to electrify, and fast, which is why Jeep will, in short order, introduce a trio of "4xe" plug-in hybrids (PHEVs) based on the Compass, Renegade, and Wrangler. And according to Spanish media, one of the former two will share a birthplace with Jeep's first pure-electric model.

Citing a presentation by European Jeep executives, Spain's Periodismo del Motor reports the first electric Jeep will be manufactured at Jeep's Melfi, Italy facility, which produces 450,000 Compasses and Renegades annually. Both the Compass 4xe and Renegade 4xe will reportedly be built there, suggesting the plant will have the infrastructure in place to handle high-voltage drivetrain components, such as those used in the coming 4xe PHEVs and full EVs.

Jeep's first battery-only model is said not to be a derivative of either the Compass or Renegade, but a new model entirely, one that could also be produced abroad. Parallel manufacture in Mexico and the United States, for example, was not counted out. Prior reports indicate that the vehicle could come in about a foot shorter than the Renegade, and ride on a platform borrowed from FCA's fiancé Groupe PSA, which it hopes to merge with and form an automotive mega-conglomerate named Stellantis.

Whatever the case, the E-Jeep will be one of a dozen electrified models FCA is said to have in the works, at least one of which is also known to be the Wrangler 4xe PHEV. As we've said before, these variants could offer up to a 31-mile driving range and still maintain the off-road chops that are synonymous with the iconic brand.

Jeep officials have previously confirmed plans to fully electrify the brand's lineup by the end of 2022, so be on the lookout for a 4xe variant of the closely Wrangler-related Gladiator as well.