Whether it’ll be a hybrid like the F-150 Powerboost or fully electric truck like the Hummer is anyone’s guess. 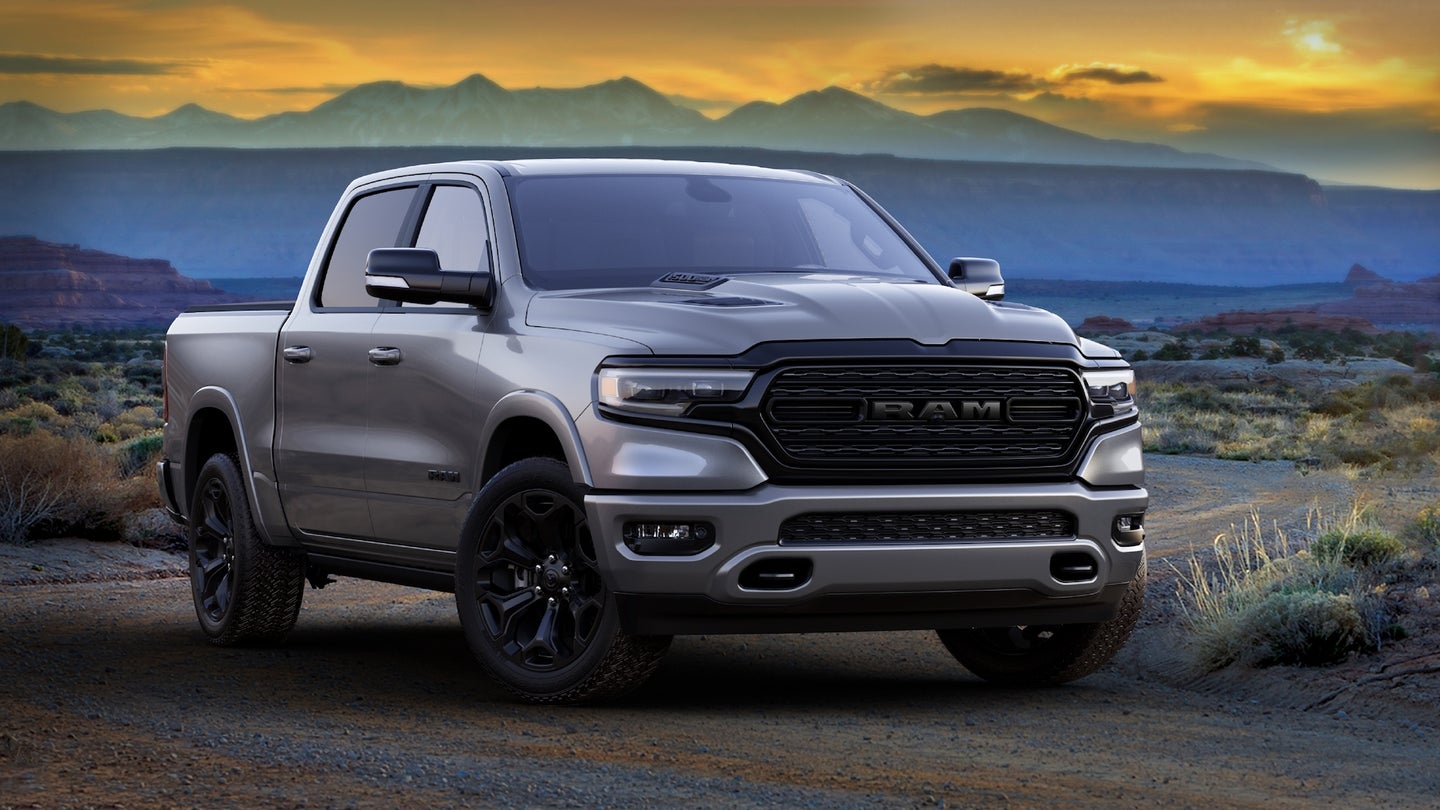 Between Fiat Chrysler Automobiles' imminent need to reduce its fleet emissions and its Detroit competitors committing to hybrid and electric pickup trucks, the question of an electrified Ram is less one of if, but when. And according to Fiat Chrysler's CEO Mike Manley's statements during Wednesday's third-quarter earnings call, it may be sooner than we originally thought.

"I do see that there will be an electrified Ram pickup in the marketplace, and I would ask you just to stay tuned for a little while, and we'll tell you exactly when that will be," Manley told listeners, as transcribed by Detroit Free Press.

Being an industry catch-all for hybrids and fully electric vehicles, "electrified" leaves the door wide open for Fiat Chrysler to execute the E-Ram any way it chooses. It could, on one hand, imply a battery-only Ram, one to stave off competitors both from across Detroit and beyond it. Startups Bollinger and Rivian could produce worthy, if less masses-aimed alternatives, while slightly less credible contenders may yet manifest from Fremont or Lordstown.

On the other hand, "electrified" could imply plans for a hybrid, one which could hypothetically adopt Jeep's 4xe plug-in hybrid (PHEV) technologies. Unlike Ford's mild-hybrid F-150 Powerboost, a PHEV Ram would not only be capable of traveling short distances on electric power alone but could serve as a solid foundation for a sub-TRX performance pickup. This would compete directly with Dearborn, as reports indicate the lower tier of the two 2021 Ford F-150 Raptors coming will be a hybrid.

When reached out, a spokesperson didn't have anything to add regarding Manley's statement, only sharing the following:

"FCA has a long-term strategy for electrification that includes Ram and we have the talent to put it into motion," an FCA spokesperson told The Drive via email. "As for the comments made on the earnings call, we have nothing to add."

Whatever the case may be, electrified Rams will be key to Fiat Chrysler weaning itself off emissions credits bought in from other automakers, notably Tesla, which to this day relies on selling its unneeded credits as a major source of revenue.

Losing this revenue stream could complicate the Fremont-based automaker's expansion plans, which include an electric pickup truck of its own—one that's already behind schedule and undergoing a potentially radical redesign. Neither are good omens for a truck that's supposed to put Ram and its Detroit rivals on the ropes.