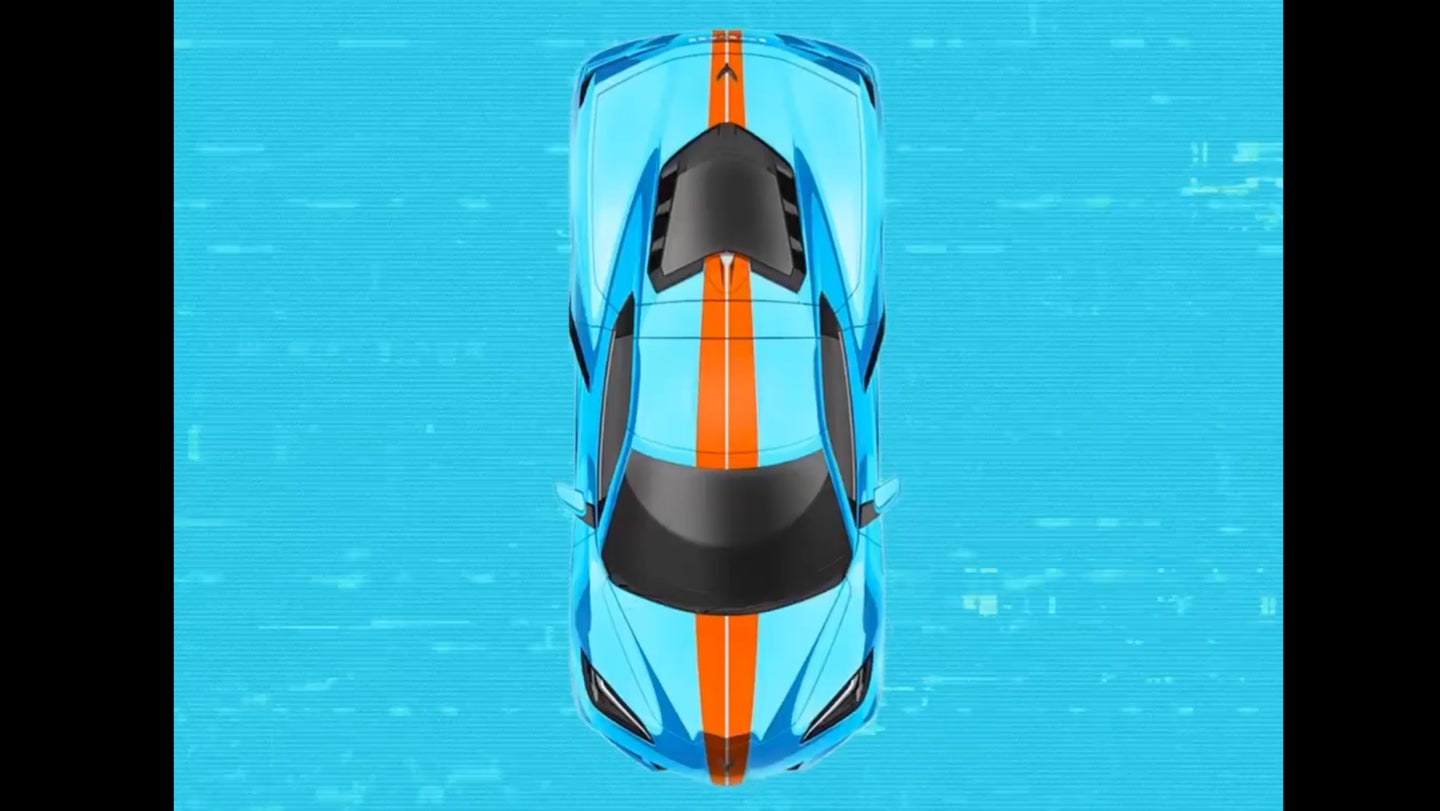 "It's time to earn some new racing stripes," says the newest cryptic teaser posted to the Chevrolet Corvette's official Facebook page. Could these be new paint schemes offered on Chevy's flagship sports car? All we know is, there's a C8 shown in a paint scheme that isn't typically found on the Corvette: the baby blue and bright orange of Gulf Oil.

Chevrolet shows off several sets of stripes on the new C8 Corvette during this brief teaser post, many of which recall liveries near and dear to Corvette's past. The black with yellow stripes is an inversion of the yellow-with-black-accents sports car livery they've run for years in IMSA and at Le Mans. White with blue stripes adorned the winningest Corvette L88 race car of all time.

Meanwhile, red stripes were already expected as an option the C8 Corvette along with those yellow stripes, plus Carbon Flash, blue, silver and orange, per Hagerty.

Yet the one paint scheme that's raising the eyebrows of Corvette fans is this bright, light blue render with orange stripes:

While Hagerty notes that this blue-and-orange scheme lacks the black outline that typically appears around the orange stripes on Gulf-liveried cars, it does fit the same general design as the other stripes shown, so we'll give it as pass as Gulf-ish.

Yet outside of a couple rad

diecasts, it's hard to say where this Gulf livery is coming from. Fan demand? Hot Wheels' need to sell more toys? The Gulf livery is associated more with the Porsche 917, McLaren F1 and Ford GT40. So, did Chevrolet pick up a new racing sponsor for the C8.R?

Either way, this definitely looks like those of you waiting

your mid-engined 'Vette will find a pleasant surprise on the option sheet.

If you have any further details about Chevy's new stripes (or anything else cool we should know about), our tips line is open: tips@thedrive.com