The Volkswagen Arteon is already a sharp-looking car. In America, it replaced the well-proportioned CC in 2017 to continue carrying VW's fastback sedan torch. As we all know (you have permission to roll your eyes) the best way to make a car more even attractive and practical is to make a wagon (or "shooting brake" in this case) version of it. And that's just what these leaked images we found via Carscoops appear to show.

Well, it may not be called a shooting brake. Crossovers are all the rage and this concept does have a fair amount of black plastic cladding inside the wheel arches. I would suspect this new Arteon shooting brake will be called something like the All-Track or CrossX. Something that makes it clear you'll be able to drive it up the side of a glacier.

The images were apparently first leaked by a Chinese website known as Autohome. They figured out a few details beyond just the obvious wheel choices and colors as well. The wheelbase is unchanged, but the body has grown in length by 0.2 inches from 191.5 inches to 191.7. They must've really had their calipers out for that one. The website also says that all of the engines available in the regular Chinese Arteon will be available.... in China. It's still unclear whether or not the Arteon shooting brake is coming to the United States.

I would say it's likely, however. The Arteon is all-but certainly suffering from the sales slump in passenger cars caused by the massive demand for SUVs. Adding an offroad-ish version—almost certainly with Volkwagon's 4Motion all-wheel-drive system—would be a good move. After all, that's exactly what Ford is doing to keep its Fusion sedan alive.

As far as engines, we should expect the only engine currently offered in the stateside Arteon, a 2.0-liter, turbocharged four-cylinder engine making 268 horsepower. This powerplant is strictly mated to an eight-speed automatic transmission.

There isn't much point in speculating, however. We'll know everything for sure—including if the car is actually coming to North America—when the full Arteon shooting brake is officially unveiled on June 24, just a week from today. 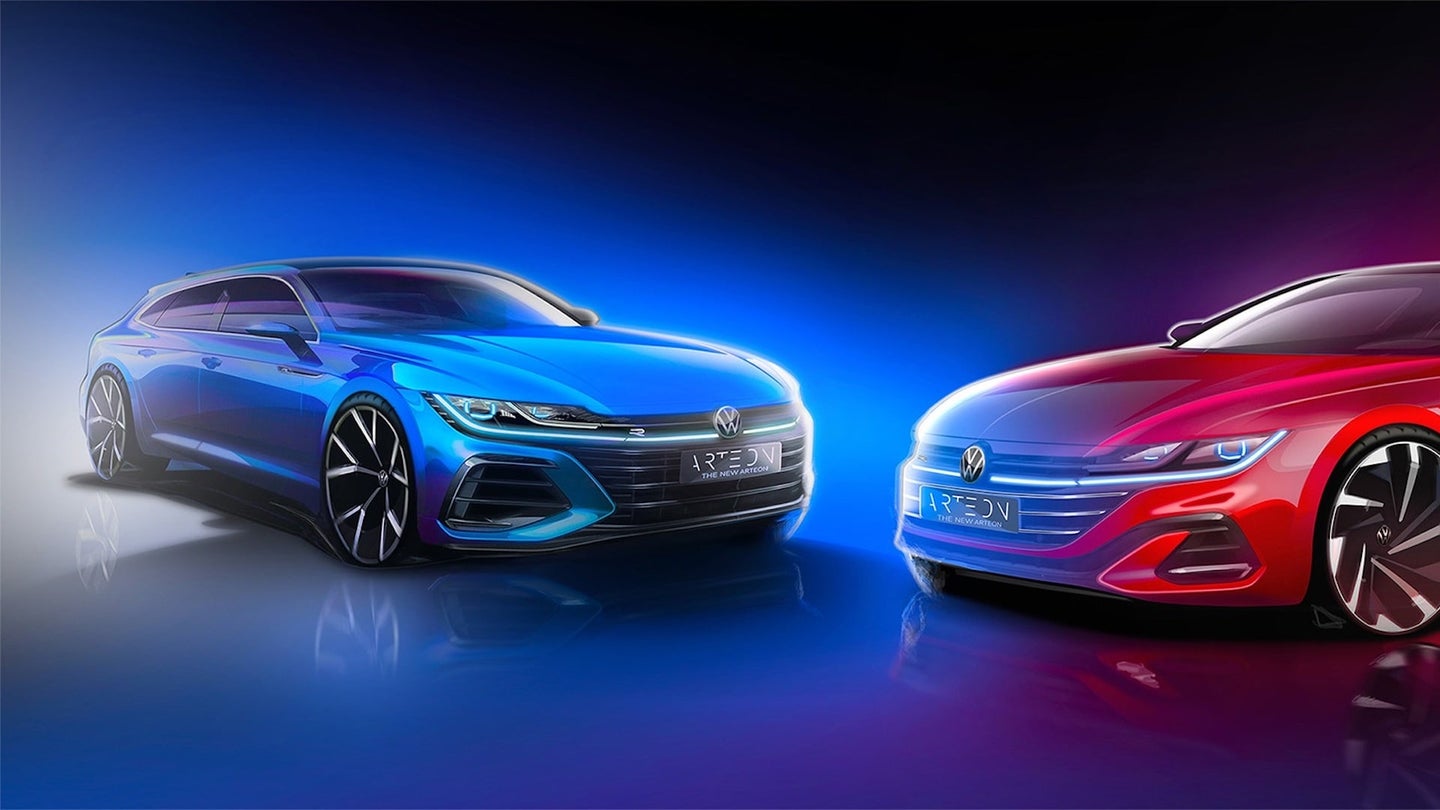 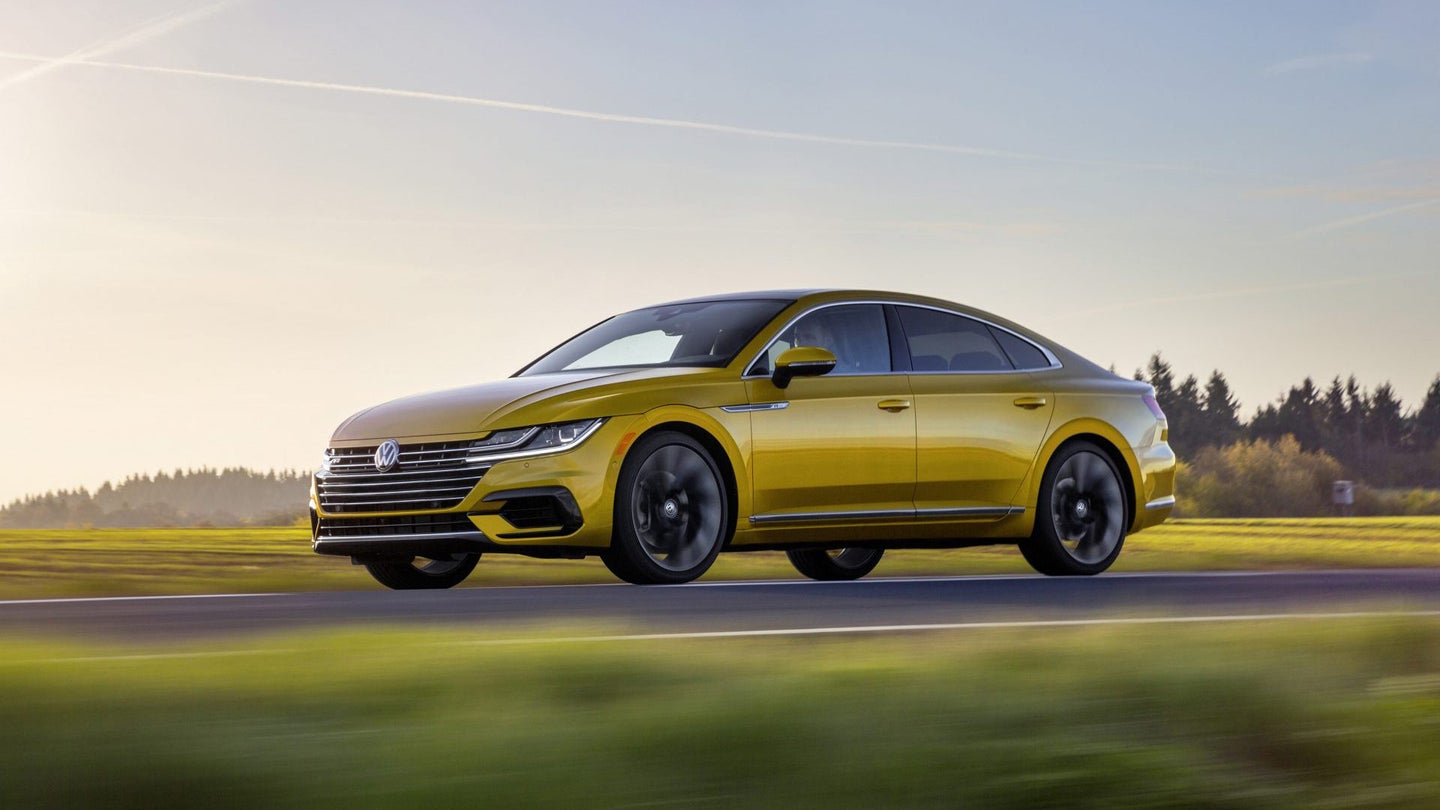 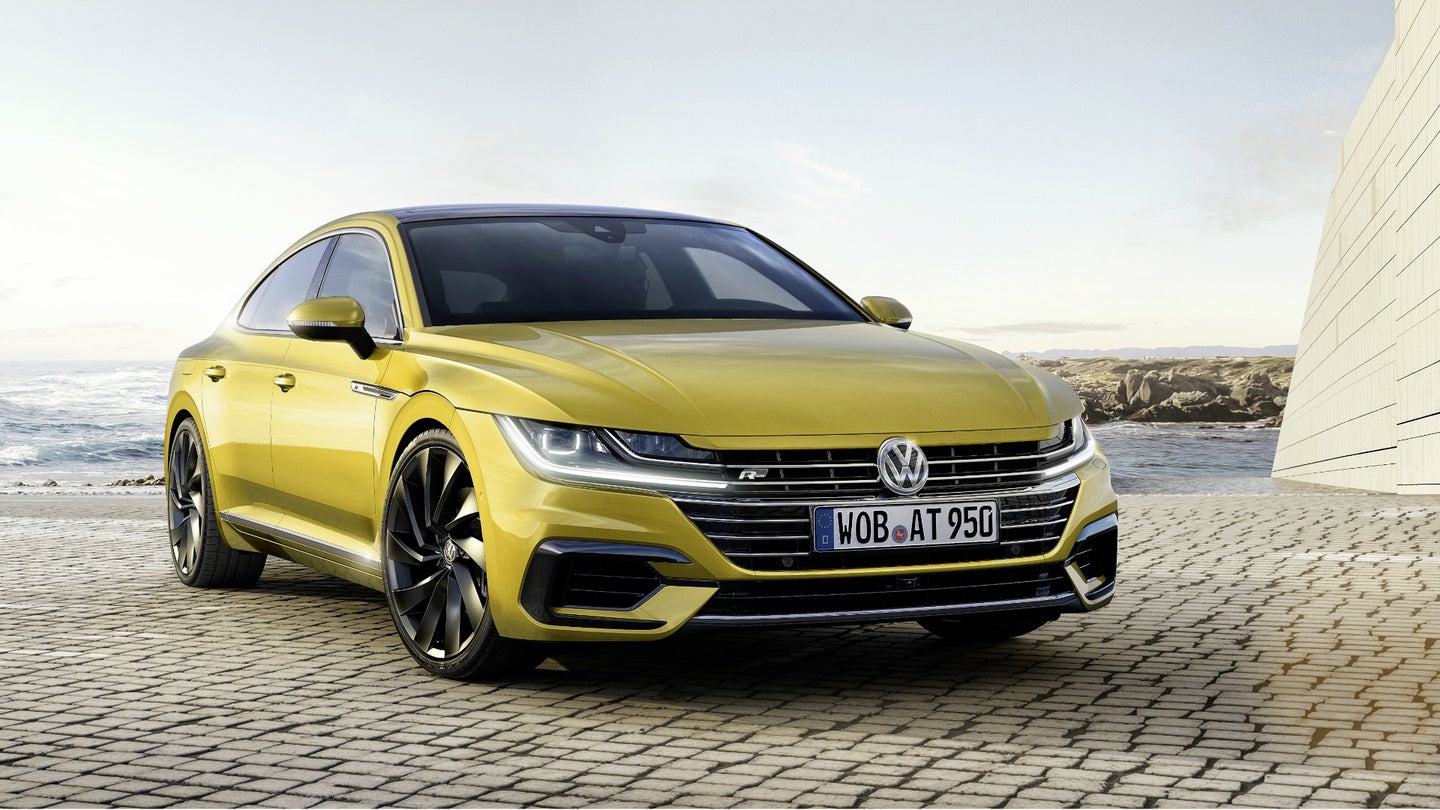