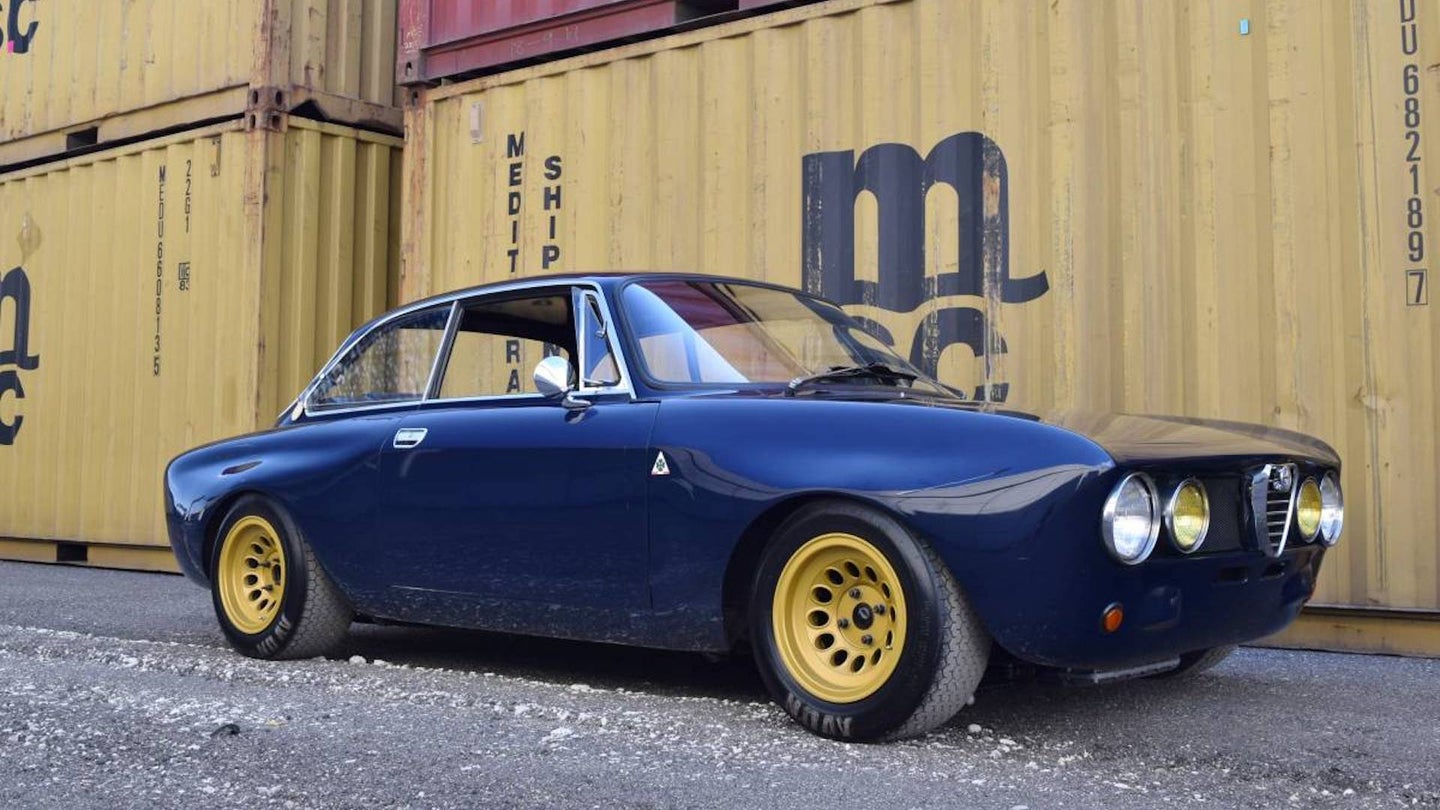 Most of us would love to write a blank check to build, or buy, our dream four-wheeled machine. Unfortunately, realities like food, rent, and health insurance mean most of us have to live this fantasy vicariously through others, like the builder of this widebody 1971 Alfa Romeo GTAm reproduction, which allegedly cost over $200,000 to create, making it way more expensive than the equivalent, 540-horsepower 2021 model.

Listed for sale in Miami, Florida, this clone of the European Touring Car Championship-dominating GTAm is said to have been restored by a "famous west coast builder" by the name of Leake—presumably noted Alfisti and SCCA racer Albert Leake Junior. Several years after Leake's passing, this Alfa's new owner began to convert it into a facsimile of the top-performing GTA with an enlarged 2.0-liter engine, and seemingly the whole performance parts catalog of Alfaholics, who does to Alfas what Singer does to Porsches. And not to mention—whose website makes clear how it's possible to spend 200 grand modifying a GTA.

Like a real GTAm, this car is powered by a fuel-injected, twin-cam two-liter engine. It spits 93-octane gas down velocity stacks and through single intake valves, where dual spark plugs turn it into both 220 horsepower and a heavenly noise. Backup vocals are provided by a Quaife six-speed sequential transmission, whose straight-cut gears whine louder than a German Shepherd with separation anxiety. When all this ruckus attracts the attention of your local constabulary, this GTA's enlarged brakes can bring things back down to legal speeds in a jiffy.

Said brakes are enshrouded in a set of magnesium wheels modeled after those of the Alfa Romeo Tipo 33, which are in turn covered by broad, custom fenders. These also hide a full Alfaholics suspension setup, which employs lightweight suspension arms to help it handle like the cars that ran away with the two-liter trophy in the 1970 SCCA Trans-Am Sedan Championship. It's effectively a race car in every respect minus the interior, which remains fully upholstered and without a cage.

In today's horsepower-crazed world, where the 2021 GTA has become a 540-horsepower car, something as manageable as this roughly one-ton, 220-horsepower original comes as a breath of fresh air. It's still in the price neighborhood of its super-sedan sibling, though, as its seller RMC Miami is currently asking $102,900 for the car. That may sound like a lot, but it looks to be appropriate given the prices of the two other GTAm replicas listed on Hemmings—and neither of those two have both a recent restoration and fewer than 8,000 miles under their belts.