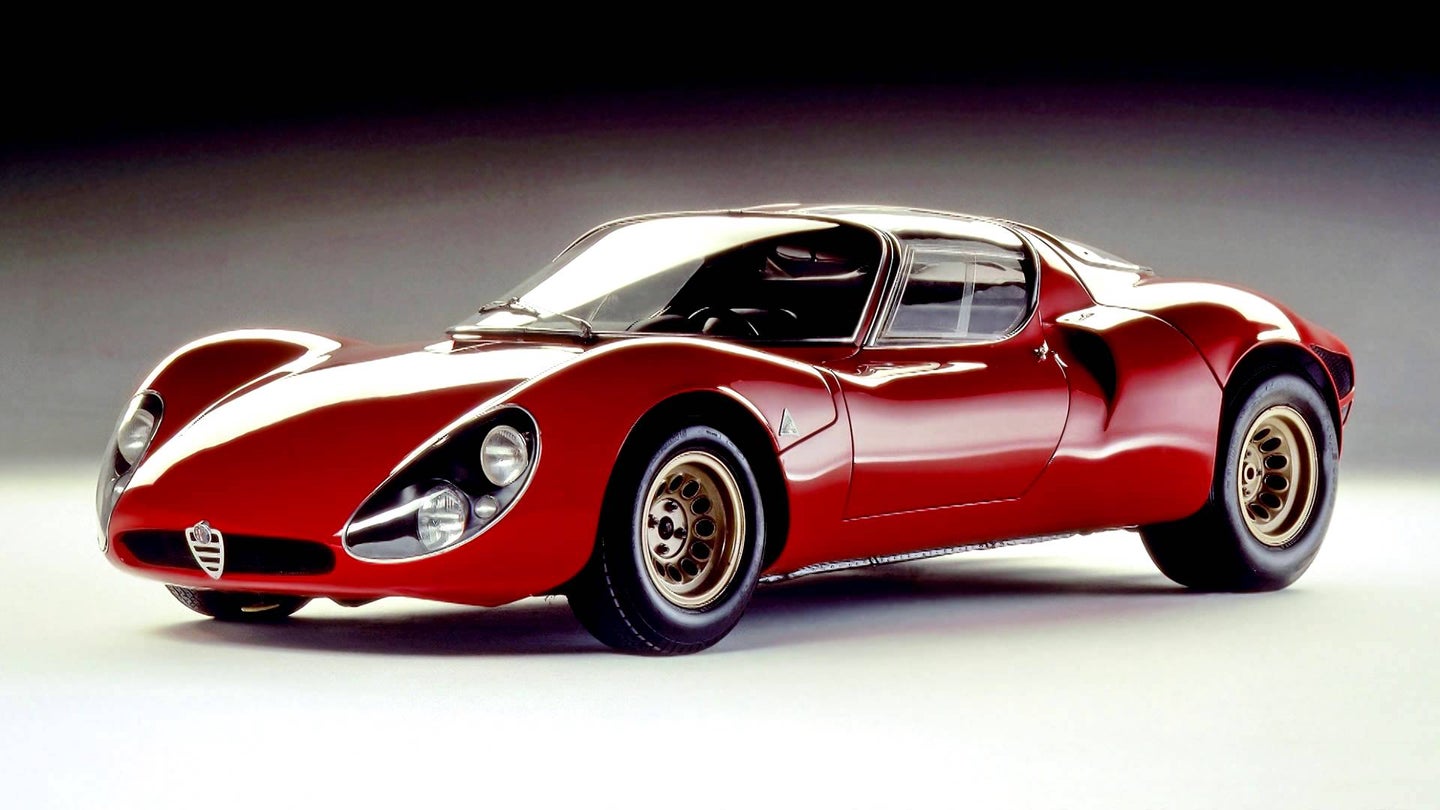 The Alfa Romeo 33 Stradale is arguably the most beautiful Alfa ever made, and certainly one of the most expensive. Based on the Tipo 33 prototype race car, just 18 Stradales were built for the road, while still carrying much of the racing concept's technology. The car was designed by Franco Scaglione, the man responsible for cars like the Guilietta Sprint Speciale and Lamborghini 350 GTV—the foundation of the original Lambo. The 33 Stradale was also one of the first non-racing Alfas to wear the iconic Quadrifoglio cloverleaf, to denote its racing heritage. The end of August marks the car's 50th anniversary, and Alfa has something special planned.

In honor of the 33 Stradale's debut on August 31st, 1967, Alfa Romeo announced that the car is getting a temporary exhibit at the Museo Storico Alfa Romeo (Alfa Museum). Titled "33: Necessary Beauty," the exhibit will outline the history of the Tipo 33 project, featuring the first 33 Stradale prototype and five race cars built on the 33 chassis. The 33 Stradale prototype is on permanent display at the front of the museum, so those who can't make it to Italy before the exhibit ends can see the original car up close.

The exhibit opens on August 31st as part of a series of exhibits planned for the museum that feature FCA's heritage.