A re-bodied Alfa Romeo, with extra helpings of bespoke. 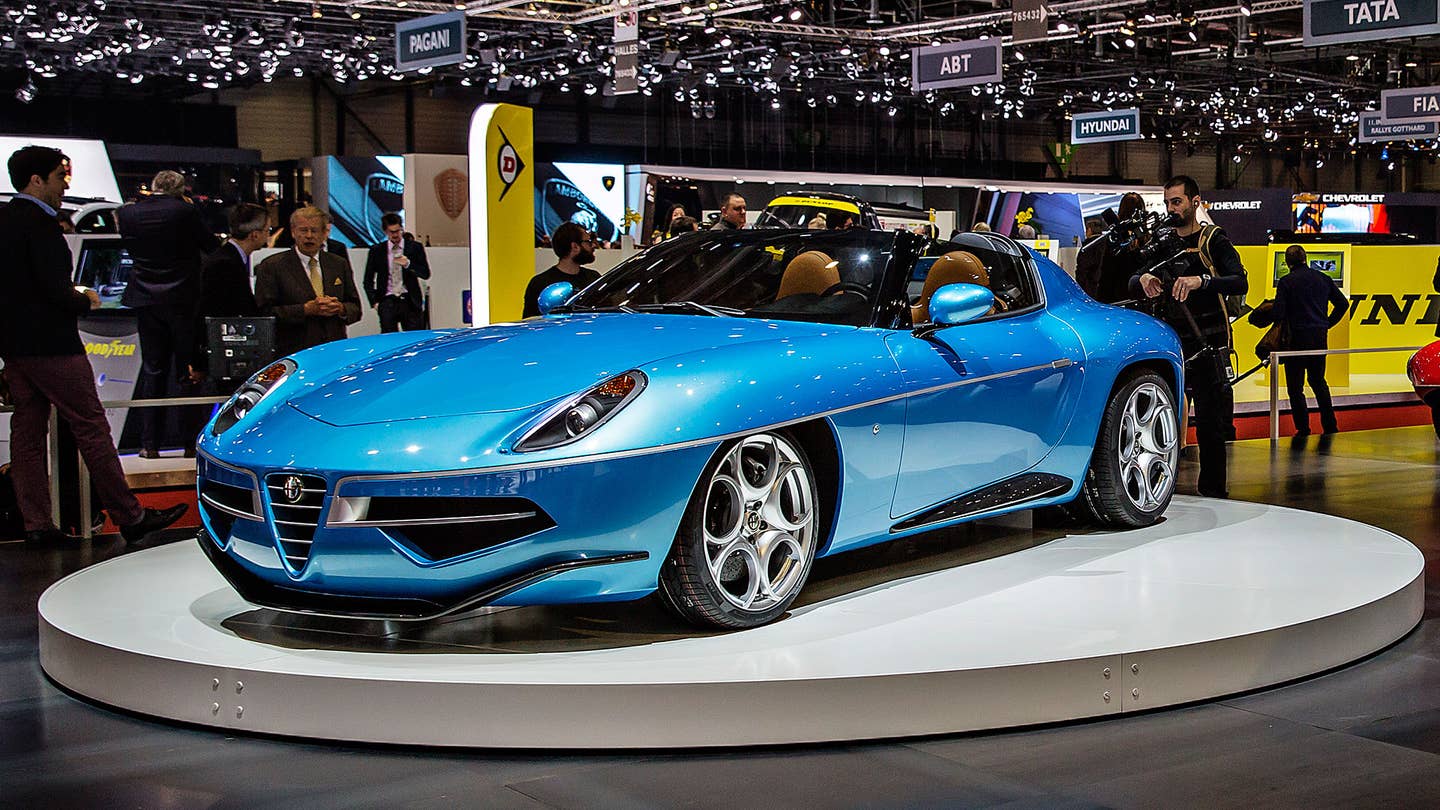 You'd think the Alfa Romeo 8C Spider would be exclusive enough for most people. Only 500 were ever produced; by comparison, even the likes of a Porsche Carrera GT or Ferrari F40 are run-of-the-mill. The 8C-based Touring Superleggera Disco Volante Spyder revealed at this year’s Geneva Motor Show? Only seven of 'em will be made. Or, roughly speaking, one for every billion humans to share.

This new car marks the second time Touring Superleggera has put its coach-building skills to work on an 8C. But the previous Disco Volante was a hardtop based on the 8C Competizione coupe. The Spyder, as you might expect, bestows the gift of open-air motoring upon its wealthy owners—but not quite in the way you’d think. Technically speaking, it’s a targa, not the roadster that the “Spyder” name would lead you to believe. The top is made of a pair of 7.7-pound carbon fiber panels that pop free and stow away in the trunk, in case the weather turns nasty during the filming of your Ralph Lauren commercial.

The body is absolutely gorgeous. It's made largely made of aluminum, with some carbon fiber panels—windshield frame, front bumper, hood, etcetera—peppered in for lightweight flavor. The front grille is roughly the same size and shape as the 8C’s; the headlights ape a Ferrari 599. If anybody tries to tell you Italian coach-built cars are dead, shove the Disco Volante Spyder into that philistine's eyeballs.

The transmogrification from Alfa Romeo to Disco Volante Spyder takes about six months and an unspecified-but-presumably-gratuitous pile of cash. Heads up, though: You'll need to pick up an 8C Spider beforehand, because Touring Superleggera is a BYO Alfa Romeo establishment.