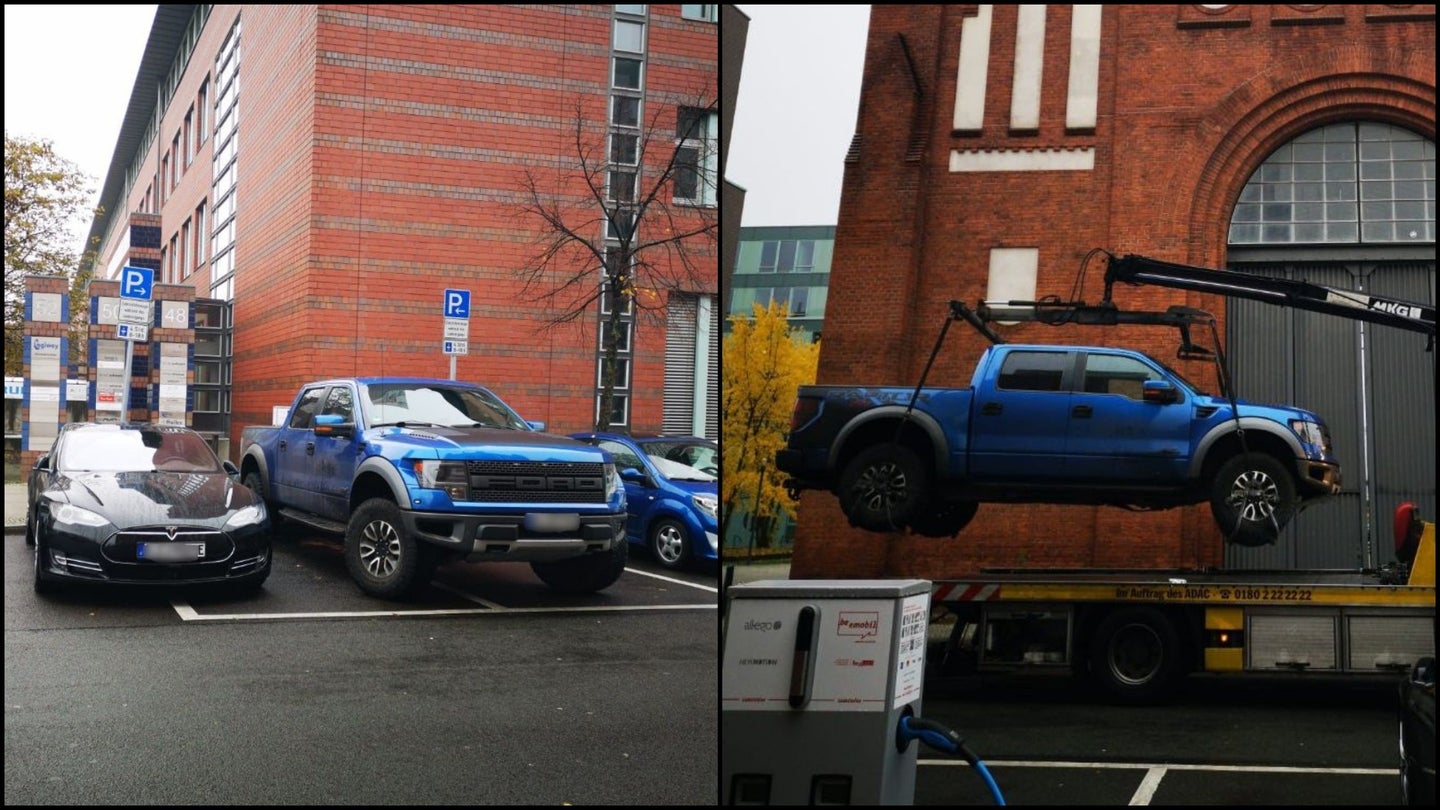 Police in Berlin, Germany punished the driver of a Ford F-150 Raptor who double-parked their high-performance pickup truck in front of an EV charging station by craning it onto a flatbed truck and hauling it to an impound lot.

The department's official Twitter account @PolizeiBerlin tweeted images of the truck's extraction on Saturday, one of which depicts the first-generation Ford Raptor parked diagonally across two spaces reserved for electric vehicles (EVs). Blocking EV chargers with fossil-fueled vehicles has become a common form of protest (toeing the line of harassment) that EV drivers devised a word for the practice: "ICE-ing," which is presumably pronounced icing rather than icy-eeing refers to drivers of internal combustion-engined vehicles harassing EV owners.

When drivers of internal combustion-powered vehicles block chargers on purpose or by accident, EV owners who aren't able to simply tow the offender out of the way are often forced to wait for the vehicle's owner to get bored and leave, or for authorities to show up. Fortunately for the owner of the Tesla Model S that was presumably waiting to charge in this space, Polizei Berlin turned up not with a ticket book, but with a flatbed—one equipped with a crane strong enough to lift the off-road truck out of the way.

What happened to the Raptor after its removal from the parking space wasn't disclosed by the police, but the online consensus is that the vehicle was impounded. Those who believe in the Golden Rule of "treat others as you'd like to be treated" will probably agree that the inconvenience of fetching your truck from the impound lot is fair comeuppance for deliberately blocking parking spaces. Or, you know, risking causing a power outage, as the police said this truck might have done had it collided with the charger.