A recent post to Reddit details the story of a Tesla owner's experience with the pickup drivers. 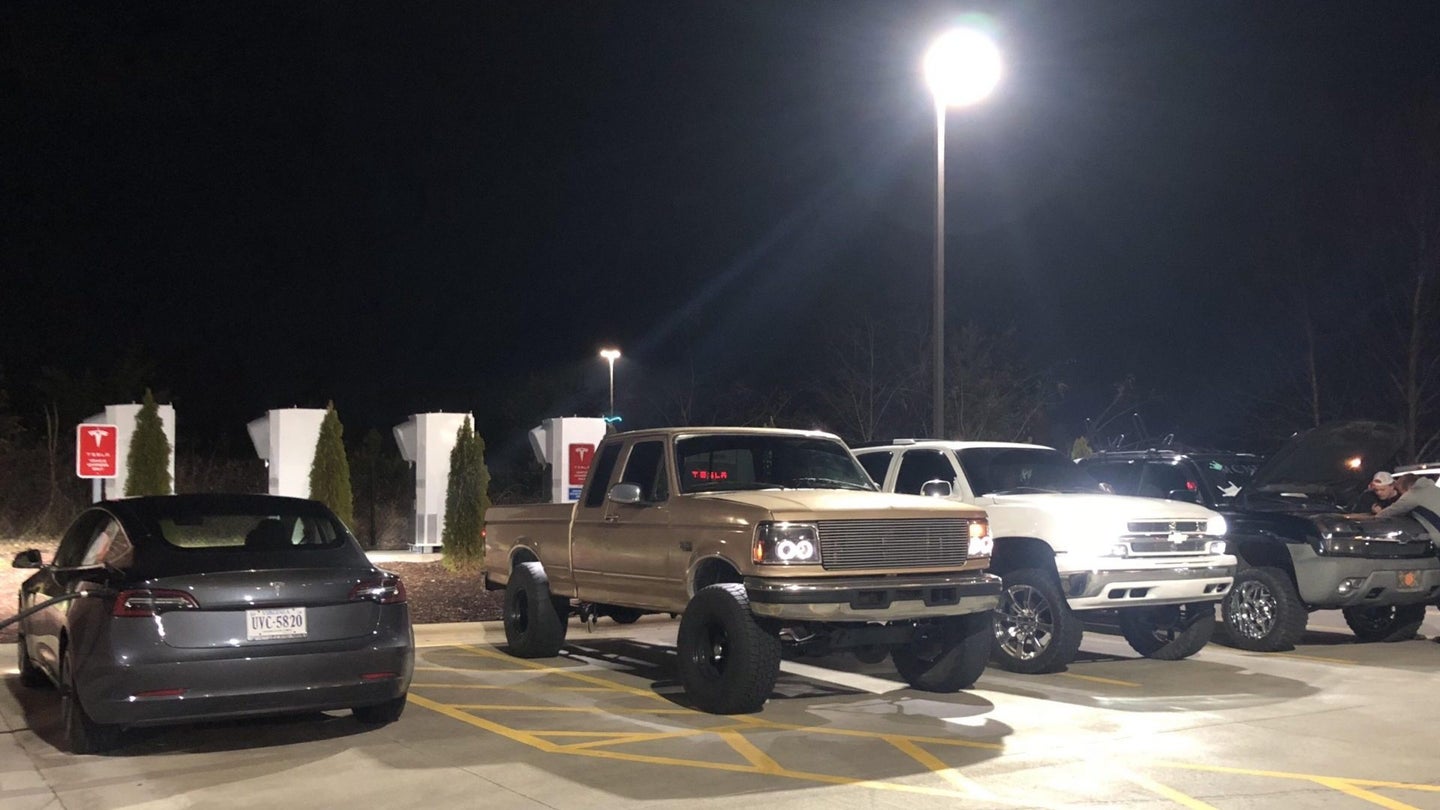 A group of thugs in modified pickup trucks allegedly blockaded a row of Tesla Superchargers in North Carolina and harassed drivers that attempted to use the chargers.

One Tesla owner photographed the event and posted the image to a Tesla fan community of Reddit. According to the poster, whose screen name is Leicina, the incident occurred at a Sheetz in Hickory, North Carolina on or before Sunday, Dec. 23. They state that while traveling through Hickory for work, they had used the row of Superchargers the day prior without issue. On their way back through the city, they returned to the chargers to find the group of trucks in their way, with the trucks' drivers wandering the parking lot and shouting profanities.

"I've never had a supercharging experience like this one," said the poster. "These trucks blocked all the chargers, chanted 'F' Tesla, and were kicked out by a Sheetz employee. Who do you report activity like this to? It was really uncomfortable."

Being asked to leave by a Sheetz employee allegedly did not spell the end of the truck drivers being a public nuisance, however. The photo's poster says that after the gas station's employee made the request, they dragged their feet for 10 minutes, and circled the lot rather than leaving outright. One allegedly swerved at other vehicles in the lot, threatening to hit them.

"It still took them 10 minutes or so [to leave,] and one of them did that I'm going to hit you maneuver after circling the parking lot," stated the user. CCTV cameras recorded the activities of the trucks' drivers, though whether criminal charges will be filed is uncertain.

The event raises the question of whose responsibility it is to prevent loitering such as this at charging stations, which are often privately owned but don't require any personnel to oversee them. Is it Tesla's job to ensure its stations are kept free of loiterers? Or does the responsibility fall to other parties such as landowners and local law enforcement? Future perpetrators of charger loitering had best hope it's not the latter, lest their trashy Chevrolet Avalanches like the one pictured above be roasted by cops on social media.