Your Costco runs will never be the same. 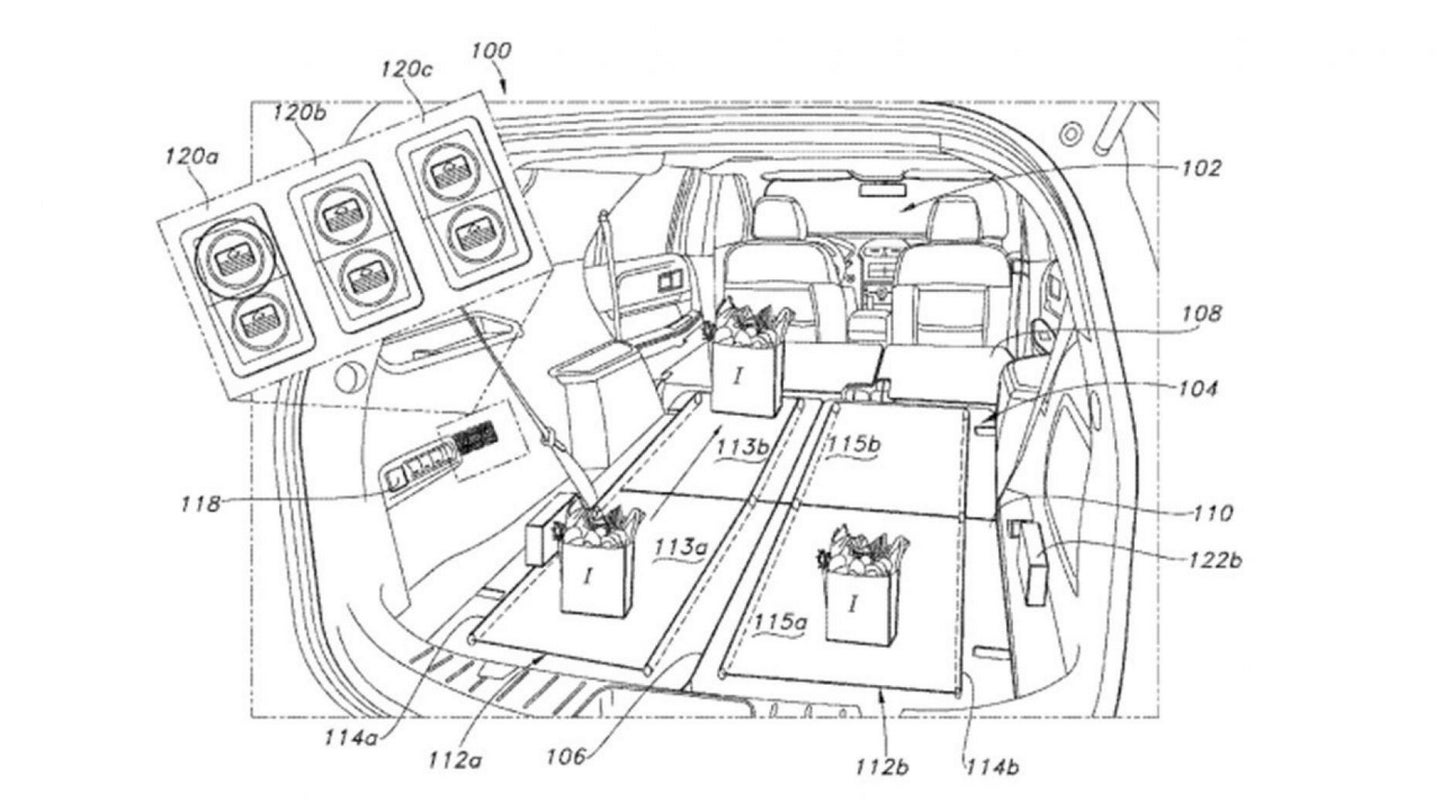 For Ford SUVs that are 12 yards long, two lanes wide, 65 tons of American pride, there might be a new innovation in grocery loading on the way. According to some new patent filings from Ford that were unearthed by Fox News, the Blue Oval has dreamed up a conveyor belt system for loading stuff into the cargo area of your SUV. Since SUVs are getting bigger all the time, with the really big ones approximately the size of a high school gymnasium on the inside when the seats are folded, it can be hard to load and unload stuff when you’re standing all the way back at the hatch opening.

That’s where these clever conveyor belts come in. They appear to be built into the back of the third-row seats making it easy to put down a bag of groceries and let the conveyor belt bring it to the far reaches of the cargo hold. When it’s time to unload, the belts do the same thing, but in reverse.

Sure, the Toyota 4Runner might have that trick sliding cargo tray in the back, but who can be bothered to manually pull that out and push it in? Today’s SUV driver wants the truck to do the work with the push of a button.

Since these are simply patent filings, this in no way confirms that technology like this is actually coming to production Ford or Lincoln SUVs. It’s also not fully thought out yet; for example, how would this system prevent a grocery pile-up against the back of the second-row seats? "We submit patents on new inventions as a normal course of business but they aren’t necessarily an indication of new business or product plans," said a Ford representative in an email to The Drive.

It’s also fair to wonder what something like this would add to the cost of an already expensive full-size SUV, but we’re living in the age of the $100,000 Lincoln Navigator, so really, anything can happen.