As Ford prepares to kill off its sedans in the America, their replacements might look something like this. 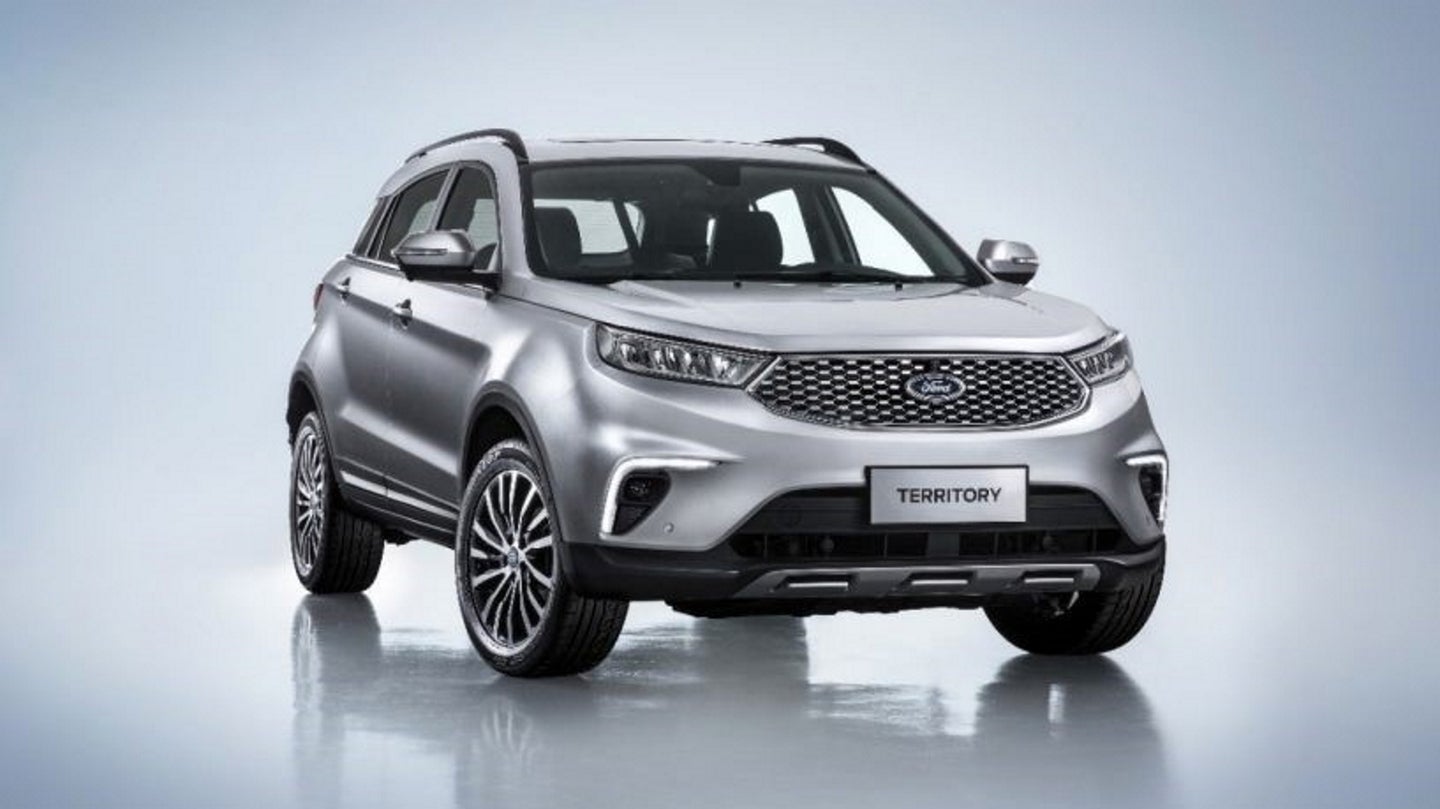 Ford has unveiled a new crossover just for China, where the brand is still struggling to boost its presence and bottom line in the world’s biggest car market. Normally, a new car for the Chinese market wouldn’t be very big news for Americans. But coming in the wake of Ford announcing its plan to kill all sedans in the U.S., the new Ford Territory might be an early look at what the company is planning for its future product portfolio here at home.

So, this is the Ford Territory and it’s being built in partnership with Chinese automaker Jiangling Motors. Incidentally, the model is actually an update of a crossover from Ford Australia that was based on the old Ford Falcon before being killed off in 2016 after 12 years of production. The new Ford Territory will slot between the subcompact EcoSport and the compact Kuga (sold as the Escape here). This is a space that hasn’t been explored much here in the U.S. market, but it’s one that we can see blowing up since we Americans can’t get enough crossovers in every conceivable shape and size.

When the Territory comes out next year, it will be available with either a gas engine, a 48-volt mild hybrid system kind of like the one available in the new Ram 1500, or a plug-in hybrid powertrain. This variety of available powertrains is something we could realistically see coming to Ford crossovers fairly soon. It reminds us of the Aviator that Lincoln brought to the New York Auto Show which, assuming it enters production, will have a twin-turbo gas engine and a plug-in hybrid setup available.

It’s unlikely we’ll get the Territory here in the U.S., but it’s not far fetched to think something like this (or something that looks like this, at least) might be coming to Ford’s domestic market in the near future. We know Ford is betting a lot on SUVs and on electrification and the Ford Territory is a step forward for both of those efforts.

We wouldn’t be surprised if all volume brands looked like this in a few years.