The final turns showed visible damage after cars were running hot laps, before F1 had even been out on track. 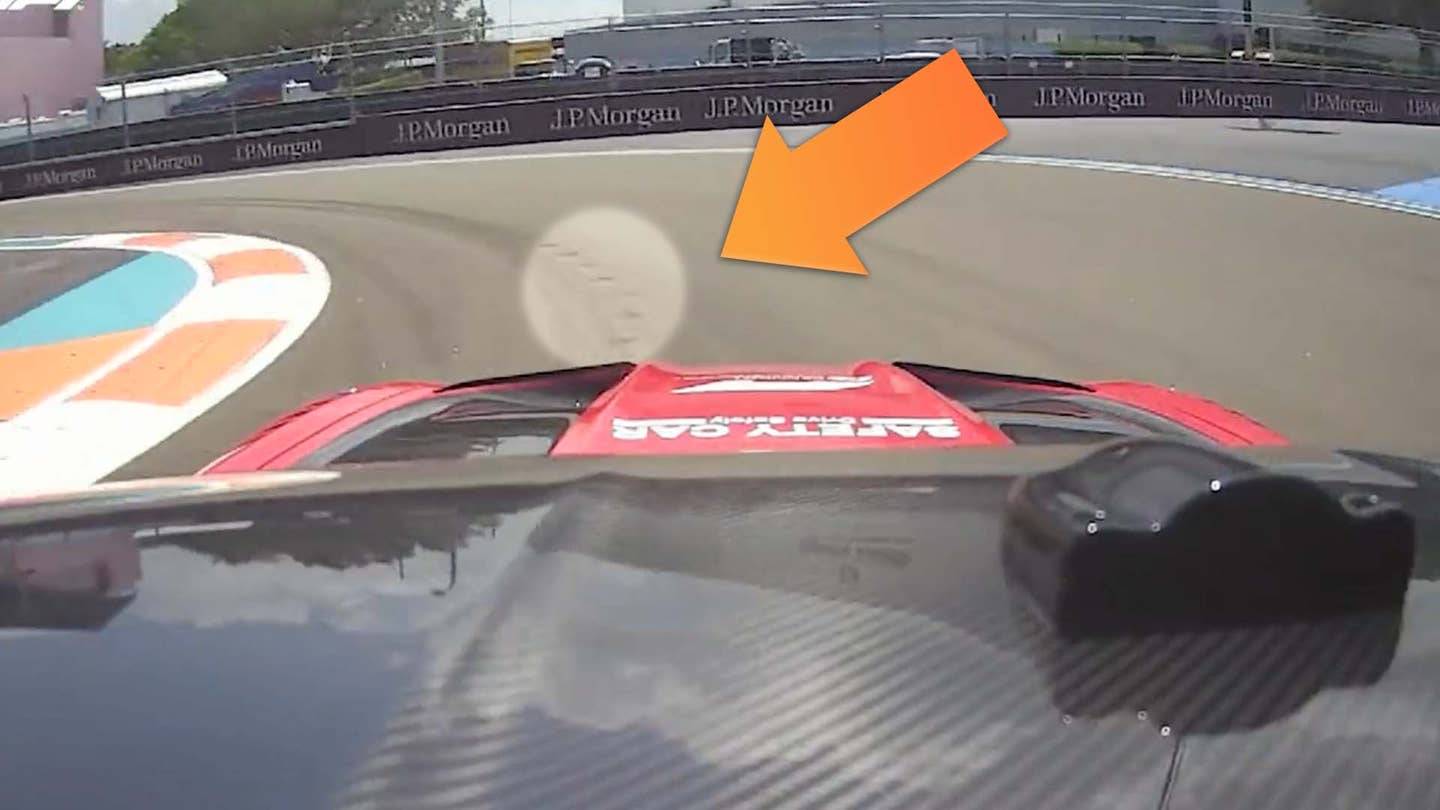 The Miami International Autodrome has opened for business this weekend, despite protests right up to the wire by local residents. It's a track that's been freshly constructed and is, theoretically, a "street" circuit so it can be a little rough-and-ready around the edges. And boy, it seems to be so far.

There has been some track activity at the brand-new circuit already, with VIPs getting run through hot laps and the safety car being put through its paces. You can watch the safety car's onboard, recorded by F1, to get a look at the whole lap:

If you tuned out during the long, narrow back straight then you might have missed turn 17, the hairpin at the end of it. It's a pretty neat corner—definitely after going down a straight that long and devoid of overtaking opportunities, at least—and a hard braking zone, with lots of lateral pull because of how sharply it turns, even at relatively low speeds.

The cars used for hot laps are high-performance grand touring cars. Some of them are the kind of million-dollar thing you can really fling around a track, but crucially, they're not F1 cars. They don't have the crazy downforce levels F1 cars do. Even so, in the video above, you can see some visible damage around turn 17:

Those pockmarks in the middle of the track are whatever happened to it on Thursday. At a guess, someone locked up really, really badly and dragged a wheel round like a ball-and-chain, digging into the tarmac. It's just about on a line that you'd take on a hot lap but clearly not one where you're having a good time.

Motorsport.com reported Friday morning that repairs had to be made to the track overnight, particularly on the damage around the outer wheel line of turn 17 and also around the fake marina at turn seven. The repairs most extensive were around 17, the hairpin seemingly having taken a beating from the GT cars.

Nevertheless, circuit management says they're happy with how things are going this week. RaceFans reported that Miami Grand Prix CEO Richard Cregan said, “We’re okay with that. We had a look at that after the sessions yesterday and we’re fine. We did some localized repairs and it’s all okay. The clerk of the course, race director, everybody is happy with it so we’re in a good place."

Of course, sometimes tracks do need repairs and that's fine. But it's more Formula E's style to have the tracks falling apart on us and we normally at least wait until after qualifying.