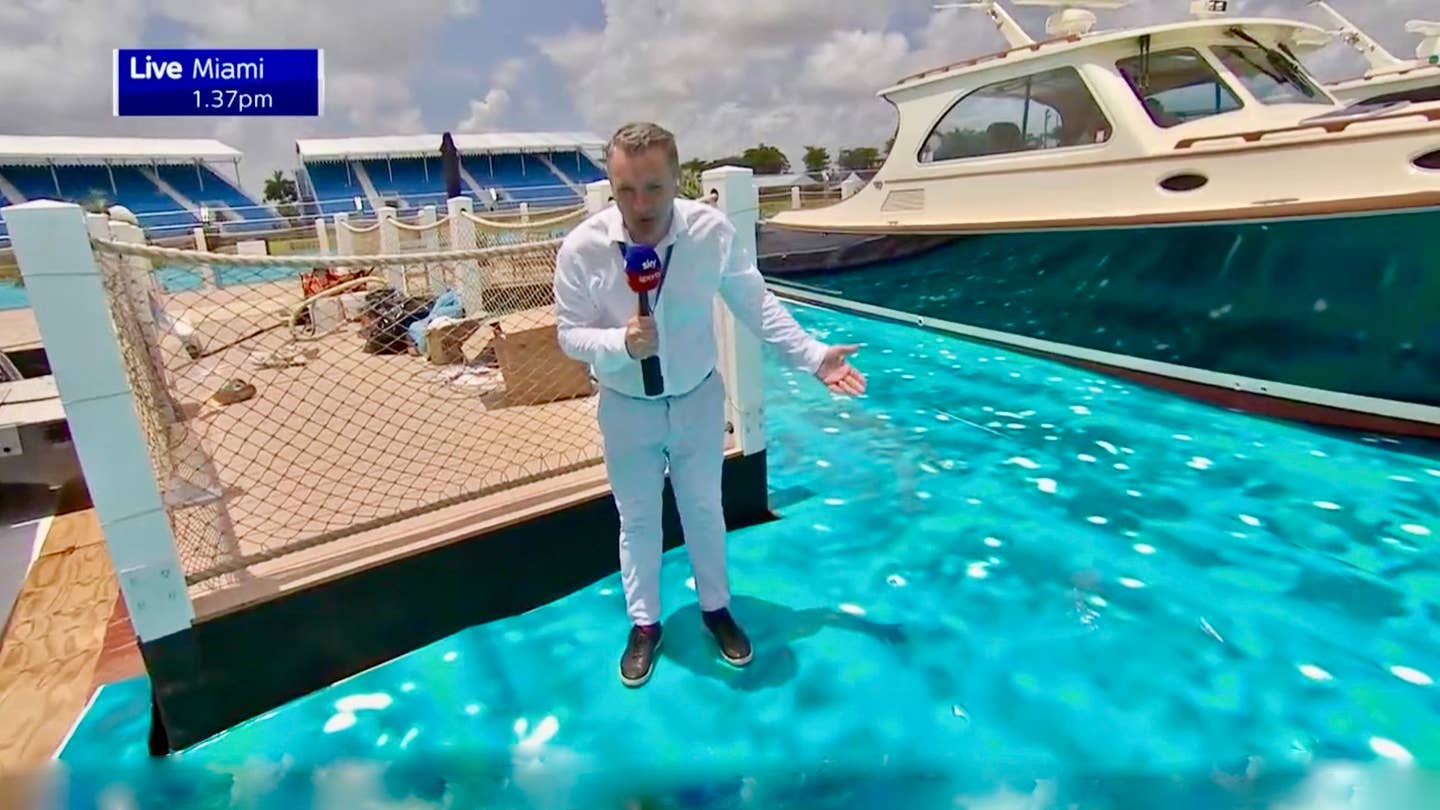 It's easy to take a dump on the stadium parking lot where the 2022 Formula 1 Miami Grand Prix will be held on this weekend. After all, it's a makeshift track built on what's essentially tailgating territory in the shadow of a freaking NFL stadium—making it either the most American track ever or the most un-F1 track ever. You decide. Now, however, what organizers thought would be one of the venue's most glitzy features, has turned out to be a complete joke.

As Sky Sports F1 showed on a tweet early Tuesday morning, the lovely turquoise waters surrounding the fake marina are—drum roll, please—fake! I shouldn't be surprised considering it's a manmade feature on a track built miles away from the coastline, but somehow, I am. I really hope no one gets drunk enough over the weekend to dive off the dock, because that's going to hurt.

As you can see in the video below, it's nothing more than a huge graphic adhered to the ground that makes it look like there's actual water flowing around those strategically positioned boats on one end of the marina. At this point, I'm not even sure if the sand on the infield "beach" on the opposite end of the marina is real. Maybe the sand is also a graphic, or maybe it's sawdust. I don't know. But I can see some beach huts and lounge chairs in the background, so maybe they actually expect people to lounge fake-waterside? Again, it's unclear.

The response to these fake features from fans and reporters alike hasn't been kind. Fans are saying that it's downright "embarrassing" while some reporters who have actually seen this up close say it feels more like an "F1 trade show" than an actual grand prix. Frankly, I can't disagree. With the entertainment factor of F1 races getting turned up to 11 recently, it's evident that more of these situations will arise, especially with Vegas—the capital of showmanship—coming online next year. Personally, I can't wait until 2035 when F1 races on its own version of Mario Kart's Rainbow Road.

Not all is doom and gloom, of course. Several drivers have praised the track's layout—except Yuki Tsunoda—and expect the racing to be fairly good come Sunday. Hopefully, things will be so overwhelmingly positive this weekend that we'll all forget about this fake water and focus on what really matters: the racing.

The Drive will have boots on the ground at the Miami GP this weekend, so make sure to stay tuned for more.