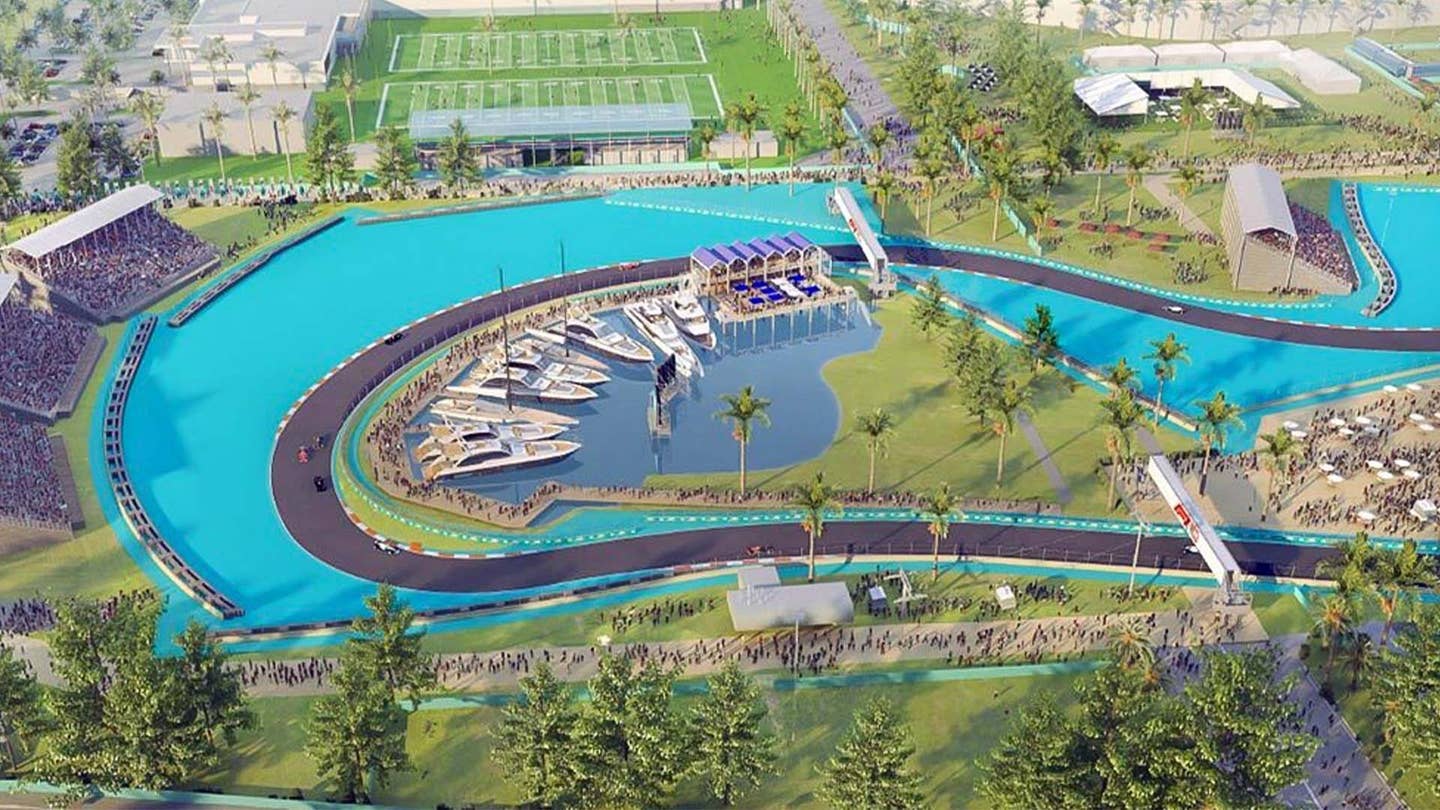 F1 drivers typically only get to see a brand new track during the week leading up to the race, which doesn't provide a ton of time to become acclimated to the track's unique layout. For this Sunday's Miami GP, some drivers have taken to racing simulators to get an idea of what the all-new track is like and, according to Autosport, they seem excited about it—though not all of them.

A few drivers under the Red Bull Technology umbrella used the team's simulator in Milton Keynes to take a few laps around the Miami GP track, including AlphaTauri’s Pierre Gasly and Tuki Tsunoda.

“I've tried it and I must say it looks pretty awesome,” Gasly recently told Autosport. “I really liked the layout. Quite a lot of high-speed content, quite challenging, unusual type of corners, extremely long corners, very long straights."

Red Bull's Sergio Perez was also impressed with the Miami GP track's challenge. "I think it's a good circuit,” he said. “I think it has a little bit of a twisty area that is quite difficult to get right, and the visibility can be difficult."

Not every driver seemed overly excited about some of Miami's more challenging sectors. “It's really different, especially in sector three, it's such tight corners,” said Tsunoda. “If a safety car happens, I guess it's going to be like a real traffic jam there, because it's super tight, even on like a hot lap, it’s still quite slow corners."

The number of high-speed corners and challenging sectors should provide plenty of thrills on race day, but the Miami GP's excitement is about more than just the track. Being in Miami, one of the most vibrant cities in America, there will be plenty of spectacle surrounding the grand prix to create excitement for more than just race fans. I mean, there is even a fake marina and beach built in the track's infield, to give off a similar vibe to the Monaco GP. It doesn't get much more Miami than that.

Alexander Rossi, one of the most recent drivers to jump from F1 to IndyCar in America, seems optimistic about the addition of Miami to the GP calendar. Rossi says that, despite the added competition, adding another American event to the F1 calendar is great for motorsport in general.

“I think now that motorsports is offering more than just cars, it's an entertainment entity, people are being drawn back into it and realizing it's a pretty awesome sport. I think all forms of motorsports are on the rise right now. I think it all kind of coincides with each other, which is really exciting to be a part of,” Rossi told Autosport.

Formula 1 has always had a ton of entertainment value even outside the races themselves, something that Rossi says IndyCar can learn from. “I think Formula 1 has that kind of sex appeal to it. They've done a good job of marketing it, pushing that, displaying that. I think IndyCar to a certain extent needs to work on that, but also we just need to continue to push the product that we do have in creative ways. I think what we have is very special, but we just need to be creative and continue to push the envelope in terms of showing that to people.”

The Miami GP will kick off this Friday and The Drive will have boots on the ground, so stay tuned for more coverage.