This tiny 1.5-liter unit manages to crank out 600 horsepower and proves that small displacement, forced induction engines can sound fantastic. 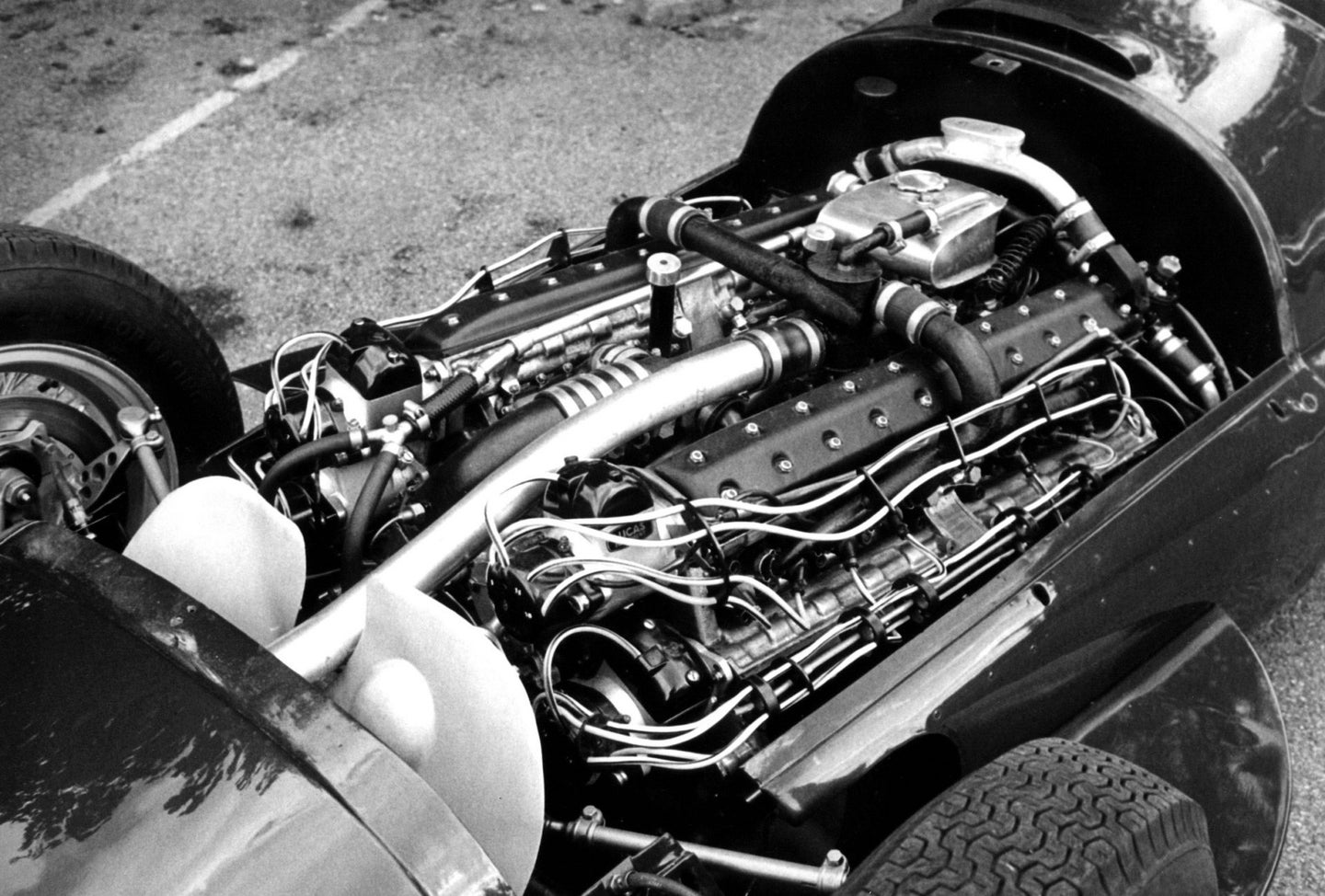 Formula 1 has always been a catalyst for progress in the automotive industry, even in its infancy. In those days, manufacturers would try all manner of wacky and unproven technology to get a leg up on the competition. Detailed in the book, BRM V16: How Britain's Automakers Built a Grand Prix Car to Beat the World, fledgling engine builder British Racing Motors managed to design one of the craziest power-plants to grace F1.

Work began on the BRM V-16 in 1947. Regulations at the time split Grand Prix into two classes: cars with 4.5-liter naturally aspirated engines, and cars with 1.5-liter supercharged engines. BRM chose the second option, mating a Rolls Royce designed centrifugal blower with two tiny dual overhead cam V8s joined at the crankshaft. The resulting machine was a little fireball that made 612 horsepower at 12,000 RPM. This astronomical power figure was achieved by the more than 80 pounds of boost coming in from the supercharger.

Naturally, an engine of such strange proportions would create a note like no other. In 2004, Pink Floyd drummer, and vintage racing collector Nick Mason wrote a book entitled Into the Red. This book came with an audio CD featuring recordings of 22 of Mason's race cars, and one chapter is dedicated to the BRM V-16. That audio has been cut over some sped-up footage in this YouTube video, and it's a sound you will not regret listening to.

Unfortunately, the V-16's racing career didn't really live up to its stat sheet. In its debut race at Silverstone in 1950, the car broke down on the starting line. The V-16 did later take a win at Goodwood, but blown head gaskets then became a persistent issue, thanks to the insane amount of boost being forced into the engine. Improved cooling would later make the V-16 somewhat reliable, but by 1955, new class regulations meant the engine was obsolete. It was replaced around that time with a much more sensible four-cylinder unit. These events can be seen in a short documentary below.

Even if the engine was not the world-beater that BRM had hoped, it is impressive by even modern standards, and it represents the drive and creativity of its era.

Hamilton may be grateful for his lucky victory in Baku, but what does the rest of the F1 field have to say?