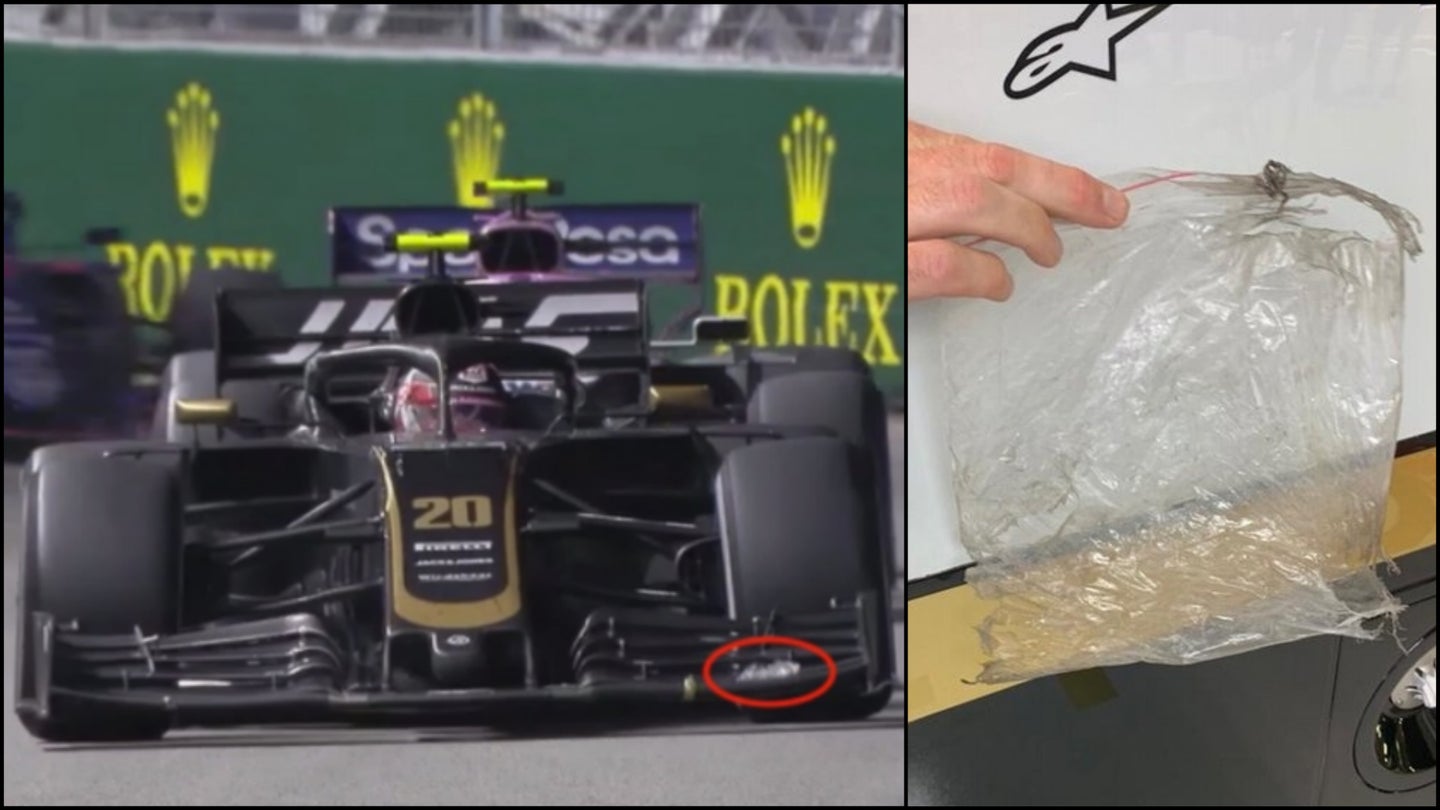 Haas F1 Team believes it lost a shot at some world championship points during Sunday's Singapore Grand Prix because a piece of litter got caught in its leading driver's front wing.

Kevin Magnussen was running in a point-scoring 10th position on lap 51 when the race's third and final safety car period ended, but the Dane rapidly lost positions when action resumed. Within four laps, Magnussen slipped all the way to 17th place, where he stayed for the remainder of the race. Haas team principal Gunther Steiner told Motorsport that Magnussen's sudden falloff was because he picked up a plastic bag with his front wing.

"It was after the [final] restart when he all of a sudden got [four seconds] slower. He drove by a few times and we checked [the wing] because one of the engineers said we can see a loss of front downforce, and we thought the wing was broken. But Kevin said he didn't hit anything, and you could not see it when he was driving by as the wing was up."

Race footage of Magnussen's car shows an asymmetrical patch of white on the front wing that could be the alleged plastic bag.

Without anything to lose, Haas ordered Magnussen into the pits to check out his car, and while investigating his front wing, the mechanics found the bag wound into his wing. They extricated the litter and sent Magnussen back onto the track with fresh tires, where he set the fastest lap of the race. As Magnussen didn't finish in the top 10, he received no championship points, but crucially, he denied his opponents the point. Additionally, as Magnussen set the fastest lap in Singapore last year as well, he will retain Marina Bay Circuit's race lap record for at least one more year.