This goes to the teams and also the FIA: Don’t ruin this one for the fans, please.

2021 is probably the most competitive season of Formula One I have ever watched. I'm old, I started watching in 1993 when my only concerns were Nigel Mansell's mustache was and thinking Ayrton Senna was a girl. 2021 is properly the business up and down the field, plus the incredibly intense title fight at the front with Mercedes and Lewis Hamilton versus Red Bull and Max Verstappen. And last but now least, there have also been plenty of redemption arcs for teams that have struggled in recent years.

This season has also just been straight-up bananas. From F1's shortest-ever "race" to its longest-ever season, with globetrotting back-to-back races that have put everyone under massive strain. F1's freight nearly didn't show up in time to Brazil and no one knew how things would go the first time around the Losail International, in Qatar. Ahead of the race, Mercedes speculated that there might be three stops on Sunday, but it was Red Bull that actually ended up making that strategy work.

The other thing there's been a hell of a lot of is stewards' inquiries. The back and forth between Mercedes and Red Bull has turned very heated multiple times. After Hamilton and Verstappen collided at Silverstone, Red Bull got reserve driver Alex Albon to recreate the incident in a bid to appeal for a stronger sanction against Hamilton. Then last week, after stewards agreed to let them race in Sao Paulo, it was Mercedes' turn to protest after Verstappen's onboard showed what it thought was a forceful, dangerous move.

Neither Hamilton nor Verstappen themselves actually seem at all involved in this. The only moments where they've spoken up have been an emotive post on social media from Verstappen after the Silverstone crash, and a few snippy comments about the Red Bull's rear wing from Hamilton before it was outlawed. The Brazilian Grand Prix shenanigans that saw Verstappen forced to pay a 50,000-euro fine, which we all know will sponsor the bar tab at the FIA's end-of-year gala, for touching Hamilton's car at parc ferme.

The flames, however, have been not just fanned but stoked so hot by the respective team bosses, such as Red Bull's Christian Horner being investigated for calling the FIA into disrepute, after blaming a "rogue marshal" for the double-yellow flag incident in qualifying. In all fairness, Mercedes' Toto Wolff dished out plenty of words too, furiously calling the choice not to review the Sao Paulo incident "laughable." It's all, make no mistake, incredibly Drive To Survive. Right up to and including Sky Sports F1 televising the Friday team boss press conference, where Wolff and Horner were told about Mercedes' review bid being turned down.

Drivers admittedly feel like they're being oppressed by the stewards; up and down any grid, absolutely all of them will tell you they've never done anything wrong in their lives and the regulations are out to get them—even if they put another car directly into a wall. Verstappen complained that he doesn't get presents from the stewards after being penalized for the yellow flag incident, and Hamilton's implied a few times that he gets specifically victimized by decisions. That's completely normal, they're competitors—the ongoing wrangling between their teams, however, is reaching a fever pitch that goes beyond any standard rivalry and there's no chance it's likely to be resolved before the end of the season. Let's just hope it doesn't go over it.

Verstappen flew home from Qatar with a six-point lead over Hamilton. It's mathematically possible for him to sew up the title in Jeddah if Hamilton has a DNF, or fails to keep within touching distance in the points. If Verstappen adds 20 points to his edge over the Mercedes then it's done before Abu Dhabi.

But this is Lewis Hamilton we're talking about, who is rather good at driving F1 cars, especially to take titles. So it's very likely to go down to the chequered flag after the 22nd race of this incredibly long season. It would be a really awful shame if the fight went on beyond that, in appeals and counter appeals to the stewards, rather than such a close battle being allowed to play out on the place it should: the burning hot asphalt of the race track. 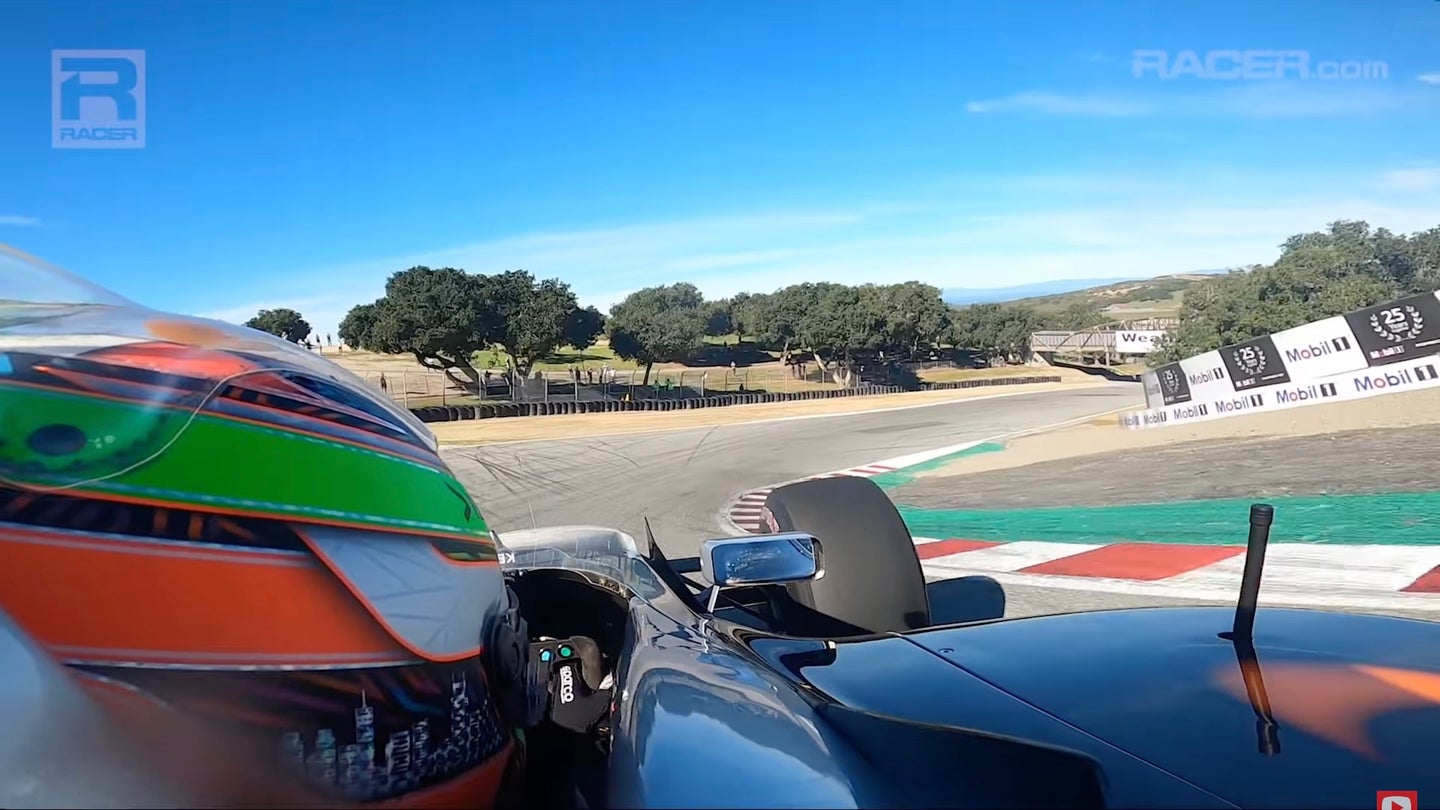 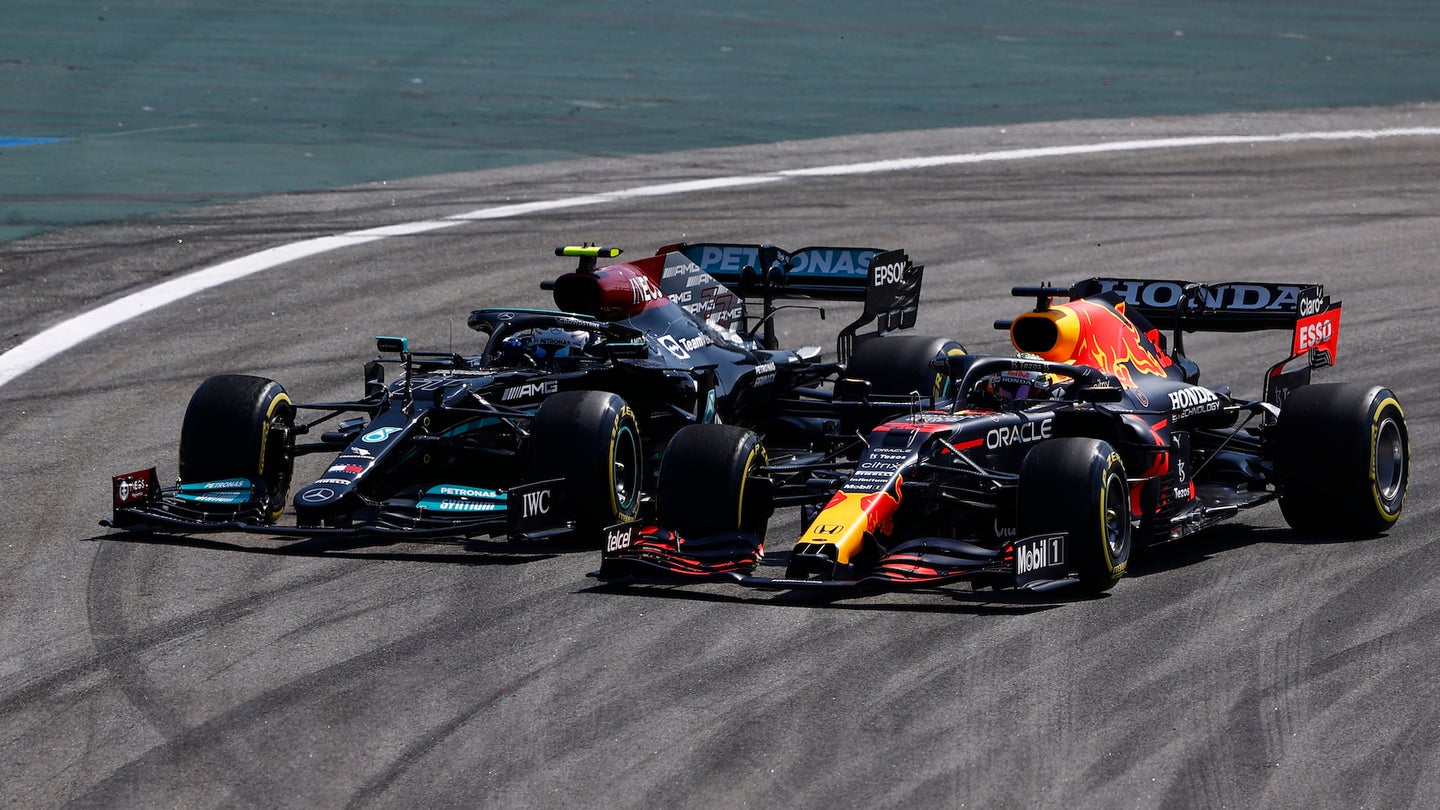 Did Verstappen struggle to make the turn, or did he just push Hamilton out? Watch for yourself.