Ferrari’s way of saying grazie to the pandemic’s first responders. 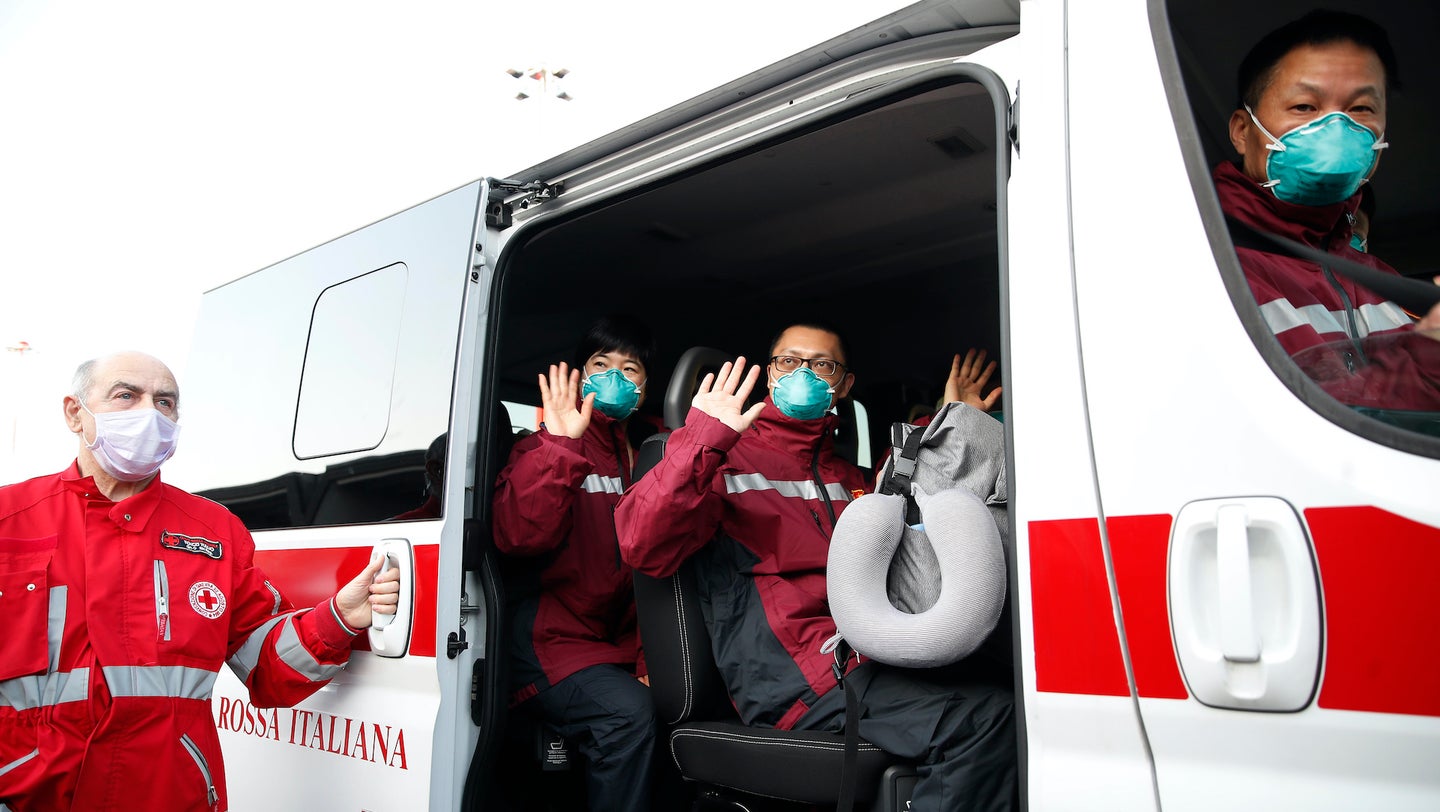 For the past several months, healthcare professionals the world over have put their lives on the line in the fight against COVID-19. Adequately thanking them for their sacrificed time, health, and, in some cases, lives, borders on the impossible, but that doesn't mean it's not worth trying. Ferrari certainly is, and not with clapping or flowers, but by giving 250 doctors and nurses tickets Formula 1's Italian Grand Prix, making them the sport's first spectators in nine months.

To be dispersed throughout the grandstands of Autodromo Nazionale di Monza, the 250 healthcare professionals will be the first members of the public to view a Grand Prix in person since last December's Abu Dhabi race. They will enjoy the privilege of watching Scuderia Ferrari make its 999th Grand Prix start, though given the team's difficult 2020 so far, it is unlikely the venerable Italian team will repeat its display of race-winning form from the 2019 Italian Grand Prix.

This allowance of healthcare pros will also mark F1's gradual return to allowing spectators at its races. One week after Monza, F1 will hold its inaugural Tuscan Grand Prix at the Ferrari-owned Mugello Circuit, where the Scuderia will celebrate its thousandth Grand Prix start. According to Reuters, three of the track's grandstands will accommodate a total of 2,880 spectators on each of the race weekend's three days.

Promoters of the subsequent Russian Grand Prix intend to host spectators as well, but increase their numbers by a factor of more than 10, and allow 30,000 people into the stands of Sochi Autodrom per Autosport. The Nürburgring, the next venue on the calendar, already permitted some 5,000 viewers at a vintage race in August, and looks set to allow a similar number into October's Eifel Grand Prix.