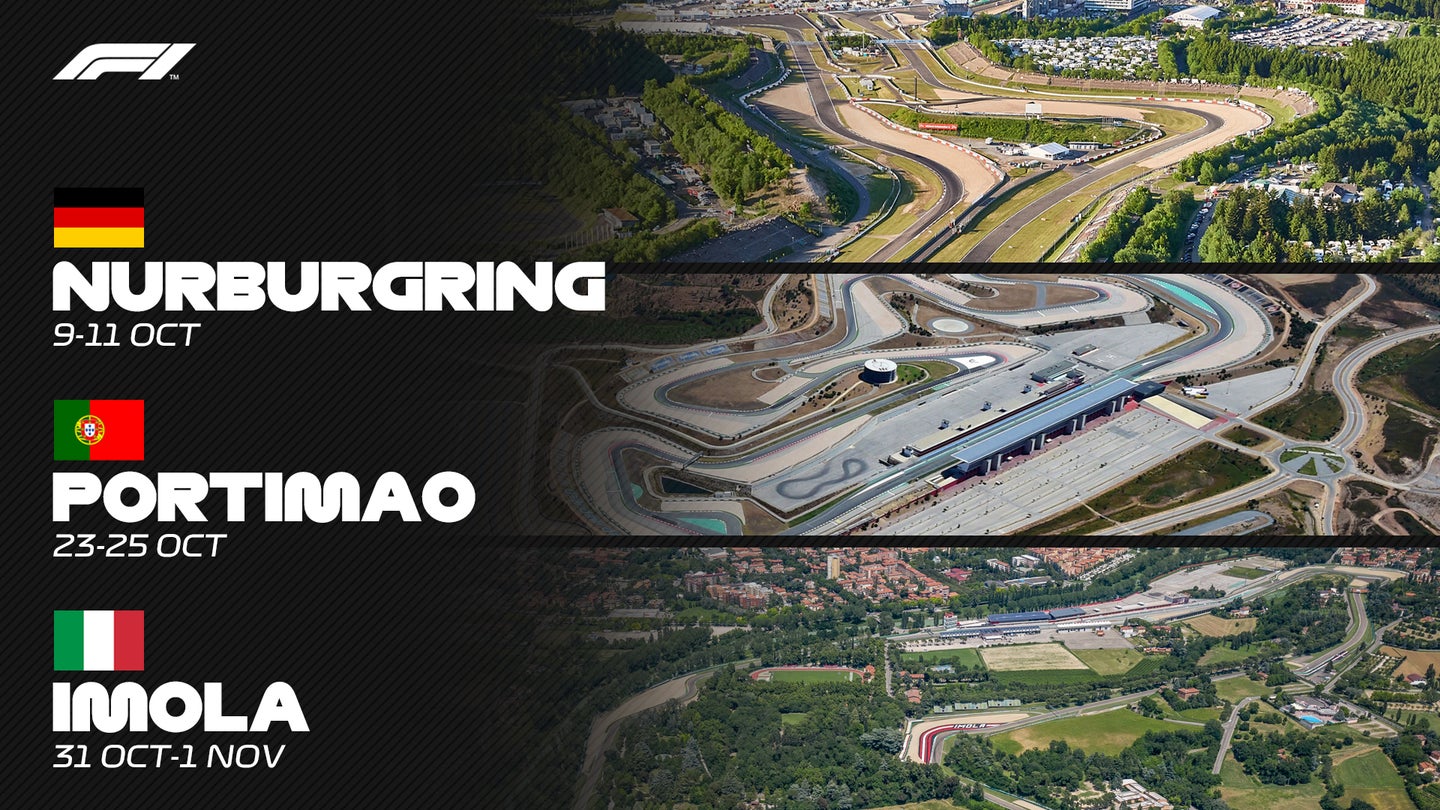 We've got both good and bad news about the 2020 Formula 1 race schedule—let's have the latter first. Because the United States and its South American counterpart Brazil are competing for the COVID-19 high score, F1 has ruled out racing in the Americas in 2020, and that goes for our neighbors Canada and Mexico too. This dark cloud has a silver lining, and that's the news that F1 will bring back three blasts from its past with races at the Nürburgring and venues in Portugal and Imola.

The infamous 'Ring will be the first of these new additions, ushering in an October of racing on the weekend of the 9th through the 11th. This event will not be held on the 12.9-mile Nordschleife, which F1 last raced for the 1976 German Grand Prix that almost took Niki Lauda's life, but instead its shorter Grand Prix circuit. Said layout was most recently visited by F1 in 2013, when Sebastian Vettel claimed his most recent win in Germany, and what would yet be his final world title.

Following two weeks thereafter will be the Portuguese Grand Prix, which last ran in 1996 at Circuito do Estoril. Portugal's comeback, though, will instead be held at Algarve International Circuit in Portimao, where F1 has tested in the past, but never raced. F1 will bookend October by revisiting Autodromo Internazionale Enzo e Dino Ferrari, which most people know as Imola; the place where sporting icon Ayrton Senna lost his life. F1 hasn't raced there since 2006, and the circuit's sudden return will mark the third race held in Italy this season, preceded by events at Monza and Mugello. It is at these events that Scuderia Ferrari will run its 999th and 1,000th championship races.

These additions bring the 2020 F1 season's length to a total of 13 races, and F1 plans to add as many as five further events as plans solidify. F1 still hopes to wrap up the 2020 season with a finale "in the Gulf in mid-December," signaling that Abu Dhabi may once again herald the arrival of the winter break—though with car development partially frozen for 2021, it won't resemble the engineering frenzies of past years.