Ferrari’s milestone race will even be held on its home turf at Mugello Circuit, in front of F1’s first public crowd since December. 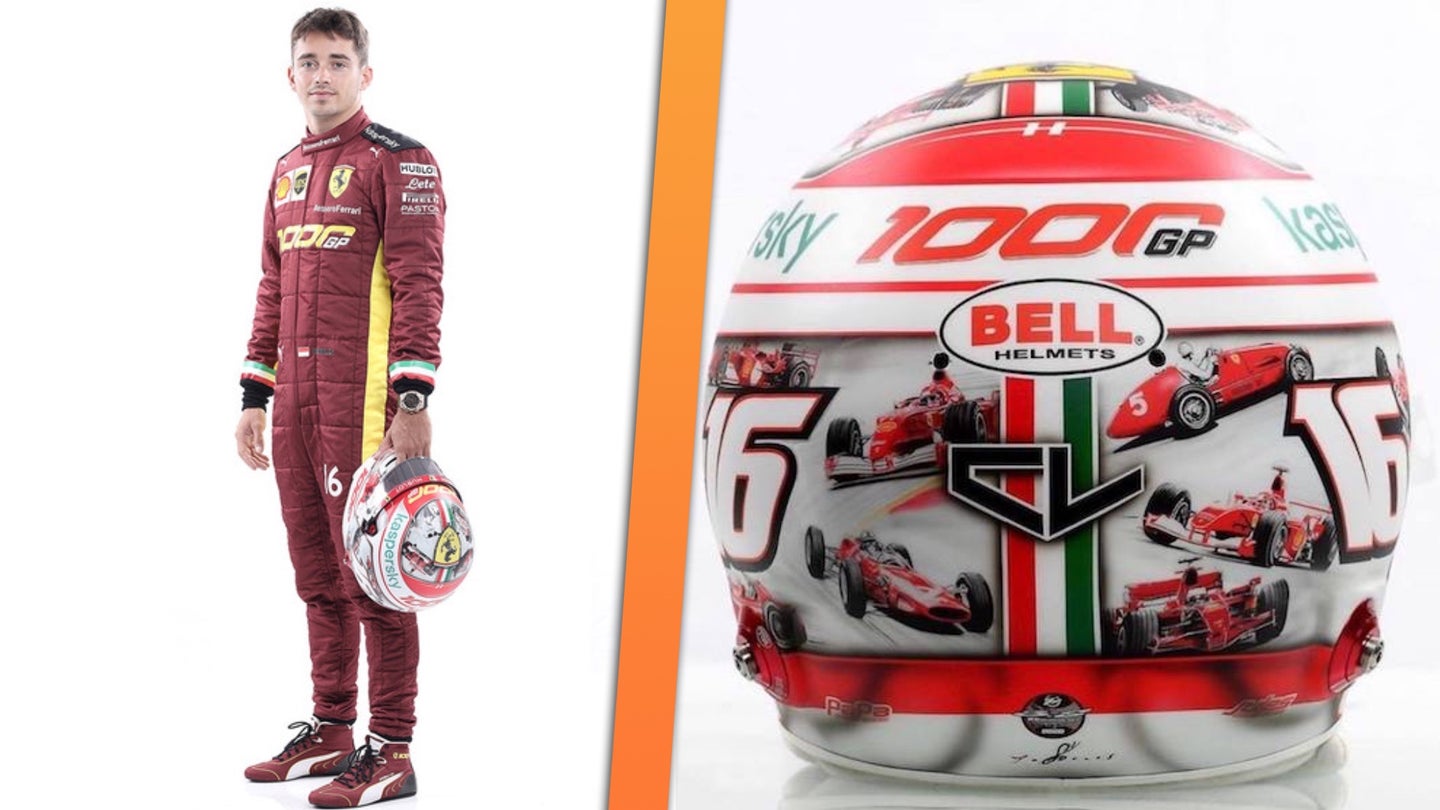 Foundering down at sixth in the constructors' championship, Scuderia Ferrari is enduring its worst Formula 1 season in 40 years. But amidst this ugly season comes an important milestone for the team, its 1,000th Grand Prix entry, and that's cause for celebration in Maranello. For its millesimo gran premio, Ferrari not only gets to race with a home-field advantage on its privately-owned Mugello Circuit—hosting an F1 Grand Prix for the first time—but it'll do it in style by parading a one-off color scheme in front of F1's first ticketed spectators since December 2019.

The SF1000, named in honor of this milestone race, will wear a throwback livery in a shade of burgundy originally seen on Ferrari's first racers, the 125 S. Ferrari's drivers will match the scheme by donning overalls of the same color, with a gold stripe running down their sides.

Ferrari's lead driver Charles Leclerc will double down on his salute to the Scuderia with a commemorative helmet design, one featuring past Ferrari F1 cars. His teammate Sebastian Vettel, however, who races a milestone 250th Grand Prix of his own this weekend, will revel for another reason. Overnight, news broke the German has signed to drive in 2021 for Racing Point, which will rebrand itself as Aston Martin next season.

There, he will replace Sergio "Checo" Perez, who was unceremoniously shown the door despite achieving multiple podium finishes and outright saving the team from bankruptcy under Vijay Mallya's ownership.

F1 itself will take up Vettel's celebratory slack, and will repaint its Mercedes-AMG GT R safety cars a bright red for the weekend. Let Ferrari hope, however, that all these toasts to its lengthy history don't bring it the same bad luck it brought Mercedes at last year's German Grand Prix, when a one-off color scheme coincided with its worst finish of the season.

Then again, it's hard to get much worse than Ferrari's double-DNF at last Sunday's Italian Grand Prix, which still wound up being a gripping race.