After Five Years of Carrying the Team on His Back, Sebastian Vettel Dumps Ferrari 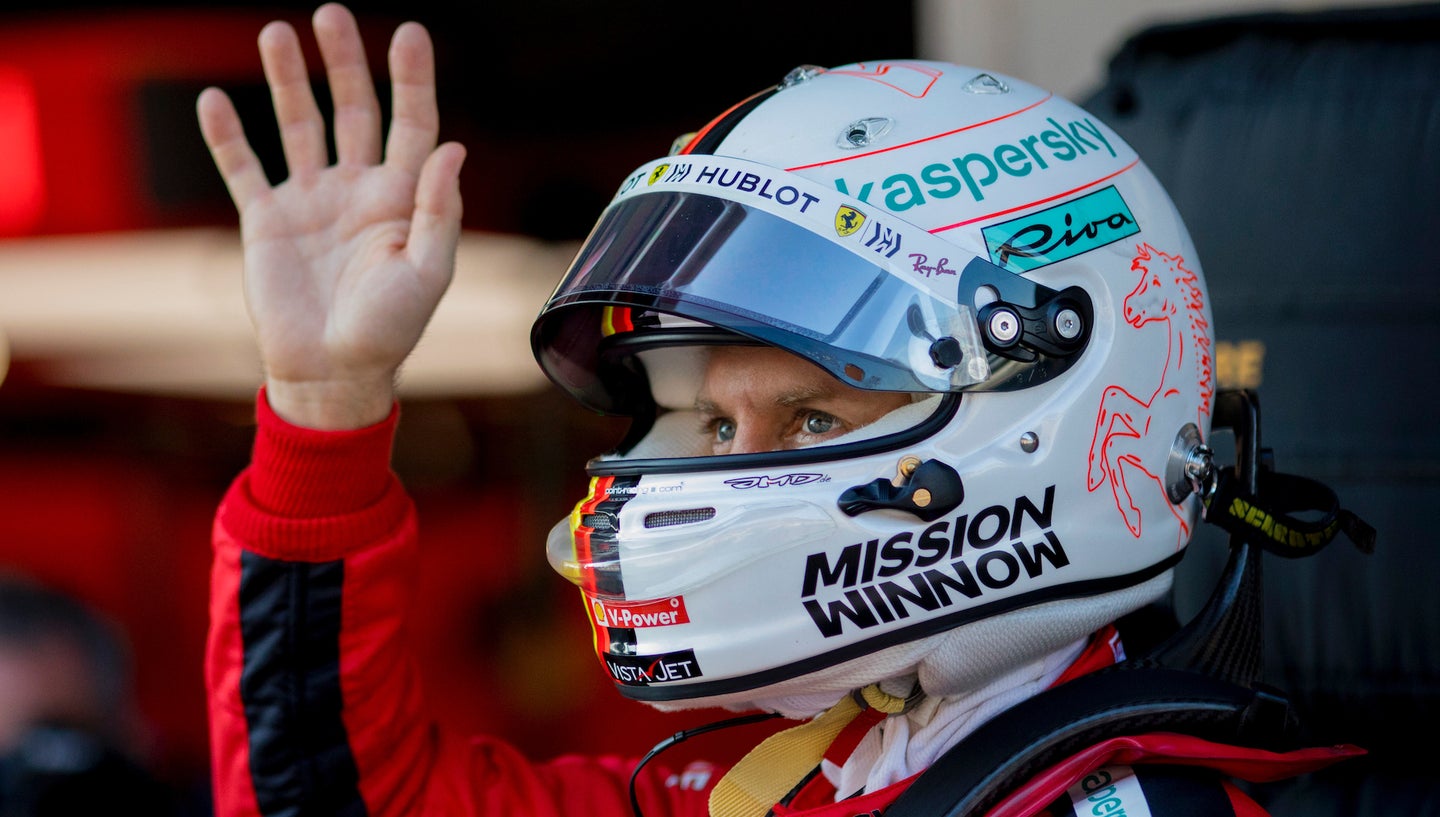 It's official: Sebastian Vettel will leave Ferrari at the end of the 2020 Formula 1 racing season—whenever that starts. Both team and driver confirmed the news Tuesday morning, following all-but-confirmed rumors that spread like wildfire Monday night.

Vettel, a four-time world champion with Red Bull Racing, joined the Scuderia Ferrari for the 2015 season with the hopes of continuing his dominance of the sport and following in the footsteps of his hero and seven-time world champion, Michael Schumacher. F1 is a complex beast, and the Scuderia was plagued with various issues year after year; never delivering a winning race car to Vettel and crushing his hopes of ever winning a championship with the Cavallino Rampante. In the end, his chances of ever racing under the coveted No. 1 diminished with the closing of every season—much like they did for the squad's previous megastar: Fernando Alonso.

According to Vettel and Ferrari team principal Mattia Binotto, the decision is mutual. And unlike some reports have claimed, it was not based on the fact that Vettel's salary had been greatly reduced. Perhaps, it had more to do with the fact that the German got tired of delivering decent and even above-average results with a car that oftentimes performed like a mid-fielder—at least until late 2019.

"My relationship with Scuderia Ferrari will finish at the end of 2020,” said Vettel to Formula 1. “In order to get the best possible results in this sport, it’s vital for all parties to work in perfect harmony. The team and I have realized that there is no longer a common desire to stay together beyond the end of this season."

"Financial matters have played no part in this joint decision. That’s not the way I think when it comes to making certain choices and it never will be," added Vettel.

The German champion enjoyed one of the highest—if not the highest—salaries on the grid, rumored to be around 40 million euro per year plus bonuses, making him and Mercedes-AMG's Lewis Hamilton not only the best-paid drivers in motorsport but also some of the highest-paid athletes in the world.

Despite the financial success and the fact that his young and talented teammate Charles LeClerc signed a staggering five-year contract a few months back, Vettel claims to have straightened out his priorities over this mandatory break due to the COVID-19 pandemic, which ultimately led to the two world-renowned parties walking away from each other.

“What’s been happening in these past few months has led many of us to reflect on what are our real priorities in life," said Vettel. "One needs to use one’s imagination and to adopt a new approach to a situation that has changed. I myself will take the time I need to reflect on what really matters when it comes to my future."

Unless something dramatically changes when (and if) the cars hit the track again in 2020, Vettel will go down in history as the Scuderia's third most successful driver with 14 victories and three third-places in the drivers' world championship, but also as the highest point scorer ever.

“On behalf of everyone at Ferrari, I want to thank Sebastian for his great professionalism and the human qualities he has displayed over these five years, during which we shared so many great moments," Binotto told Formula 1.

"We have not yet managed to win a world title together, which would be a fifth for him, but we believe that we can still get a lot out of this unusual 2020 season," he added.

How great would it have been to see Vettel please the Tifosi with a string of consecutive world championships behind the wheel of the most famous race car of all? Pretty awesome, for sure. But now, a new chapter for both Vettel and Scuderia Ferrari will begin, and with several other hungry drivers being able to talk their way in and out of contracts, it'll be more than interesting to see who earns the coveted red seat.

No longer the center of the Ferrari universe, four-time Formula 1 champion Sebastian Vettel is said to be looking for the door.

The internet thinks this trucker crushed his boss’s Ferrari over missed paychecks. The truth may be a lot more complicated.