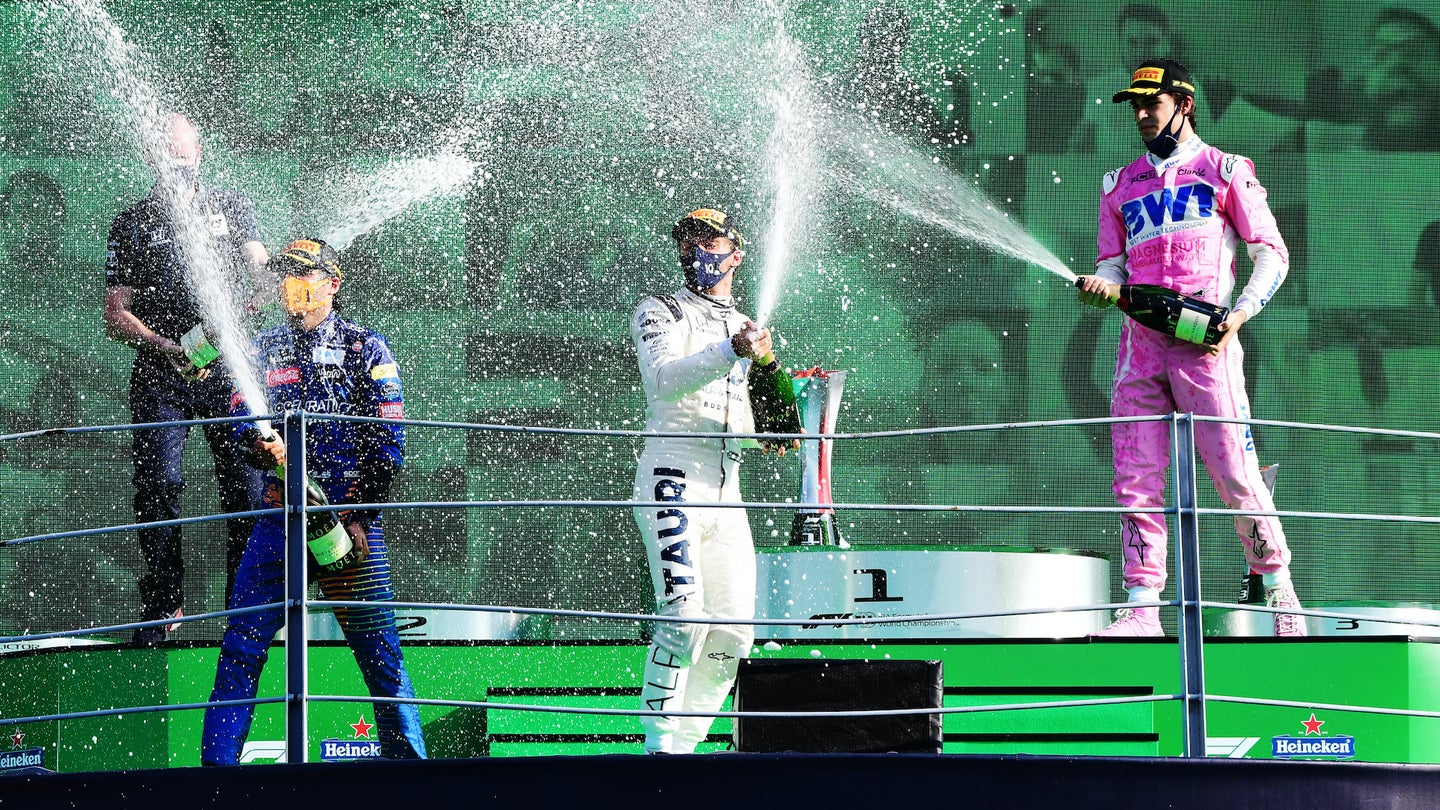 Betting on sports is a great way for most people to prove they aren't clairvoyant and drain their bank accounts. But sometimes, ultra long-shot bets pay off, as they did for a Finnish gambler who dropped just a few cents on an unthinkable podium order for Formula 1's Italian Grand Prix this past weekend and walked away with tens of thousands of dollars.

Per Scandinavia's Yle, the unnamed Tampere, Finland gambler put $0.24 on a podium consisting of Pierre Gasly, Carlos Sainz, and Lance Stroll. Not a likely finishing order for a trio of drivers who qualified tenth, third, and eighth respectively, and had to outrace the all-conquering Mercedes-AMG team. Betting odds for this order were thus rated at 166,990:1 by Finland's state-owned gambling monopoly Veikkaus, but the pieces for this order slowly fell into place.

Valtteri Bottas lost positions at the start, twin safety cars disrupted the running order, and a heavy penalty knocked Lewis Hamilton out of the lead, promoting Gasly—who timed his pit stop impeccably—to a race lead he clung to for dear life.

In the end, Gasly finished a mere 0.415 seconds ahead of Sainz, notching up F1's closest race finish in a decade, his first career win, and the second in his team's history; the other coming from a similarly unusual Italian Grand Prix in 2008 courtesy of Sebastian Vettel's first-ever win. And while Gasly left the track with a trophy, a full inbox, and the respect of the F1 community, the Finn who bet on his victory came away about $39,390 richer.

Veikkaus reportedly states that this winning bet had the highest odds of any successful gamble in close to a decade, with only the equally chaotic 2017 Azerbaijan Grand Prix coming close. That race's Daniel Ricciardo-Valtteri Bottas-Lance Stroll podium was rated at 63,467:1 odds, and the trio of gamblers who put 20-cent bets on this exact result were rewarded with roughly $15,000 apiece.