The motorcycle racer and firefighter has succumbed to injuries from an accident at the Black Hills Speedway. 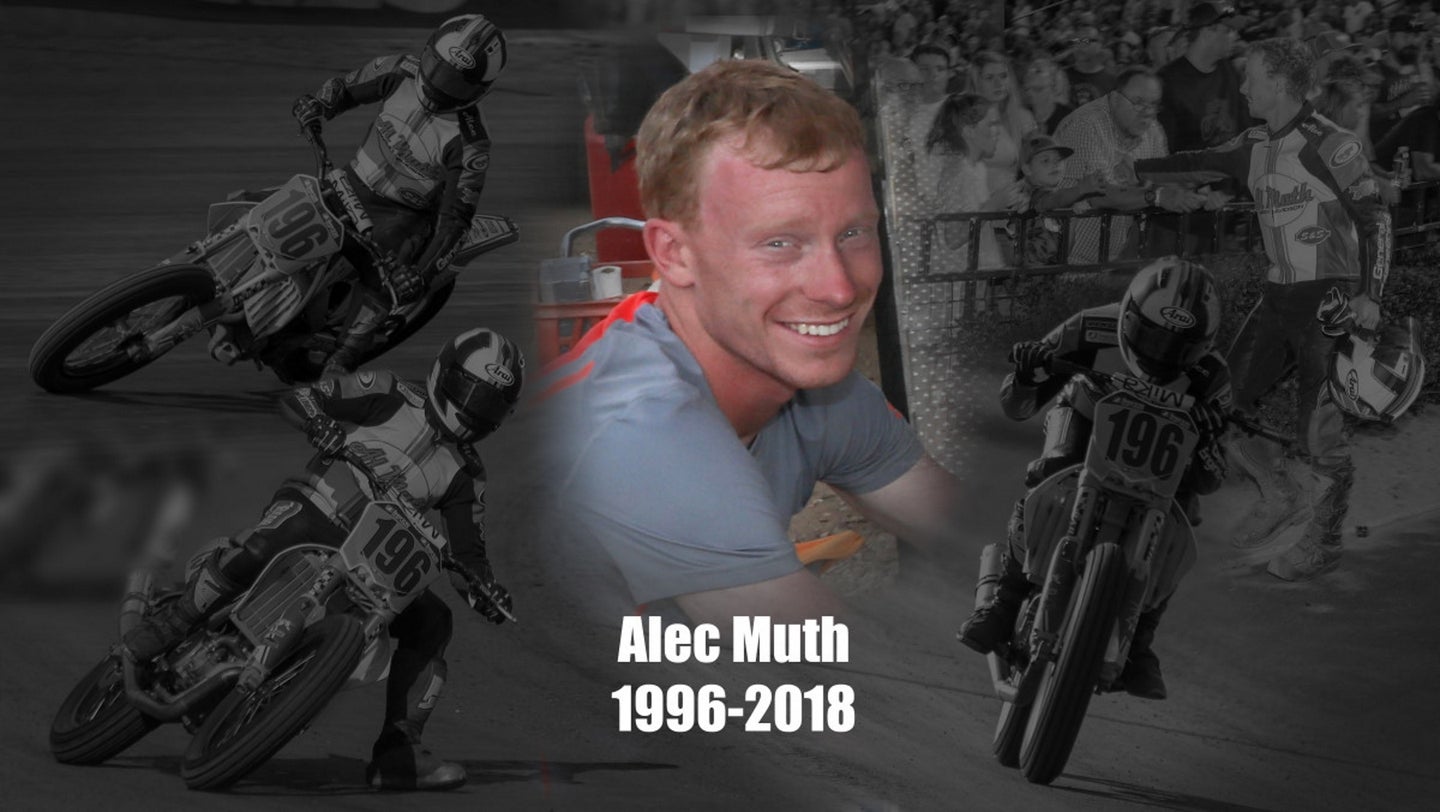 American Flat Track confirmed on Thursday that 22-year-old racer Alec Muth has died as a result of injuries sustained in an on-track incident on August 7 at the Black Hills Speedway in Rapid City, South Dakota.

The young flat track racer was immediately rushed to Rapid City Regional Hospital for treatment after his accident but ultimately passed away on August 16. Muth was from Black River Falls, Wisconsin and served on the Black River Falls Fire Department.

“Alec was a popular guy in the paddock and had a lot of friends in the flat track community,” said Michael Lock, CEO of AMA Pro Racing in a press release. “He scored his first points in AFT this year and recorded a very impressive top-ten finish at the OKC Mile, in June. It is extremely sad that his journey through life has been cut so short and our thoughts are with his family at this time.“

A memorial fund in Alec Muth’s name has been established by The Class of ‘79, a charity that supports injured motorcyclists and their families. You can visit the Class of ‘79’s website for more information about the charity and make a donation.

Muth’s death is a sobering reminder for all motorcyclists that even the most skilled riders with the most advanced safety gear and the best medical assistance at the ready aren’t invincible. He’ll be remembered as a promising racer and a devoted public servant on his local fire department. Our thoughts go out to Muth’s family, friends, and fans.

The demon head logo will continue to grace the dirt track.