Truck owners aren’t the only ones getting hurt here; everyone is gonna feel the rise in diesel prices. 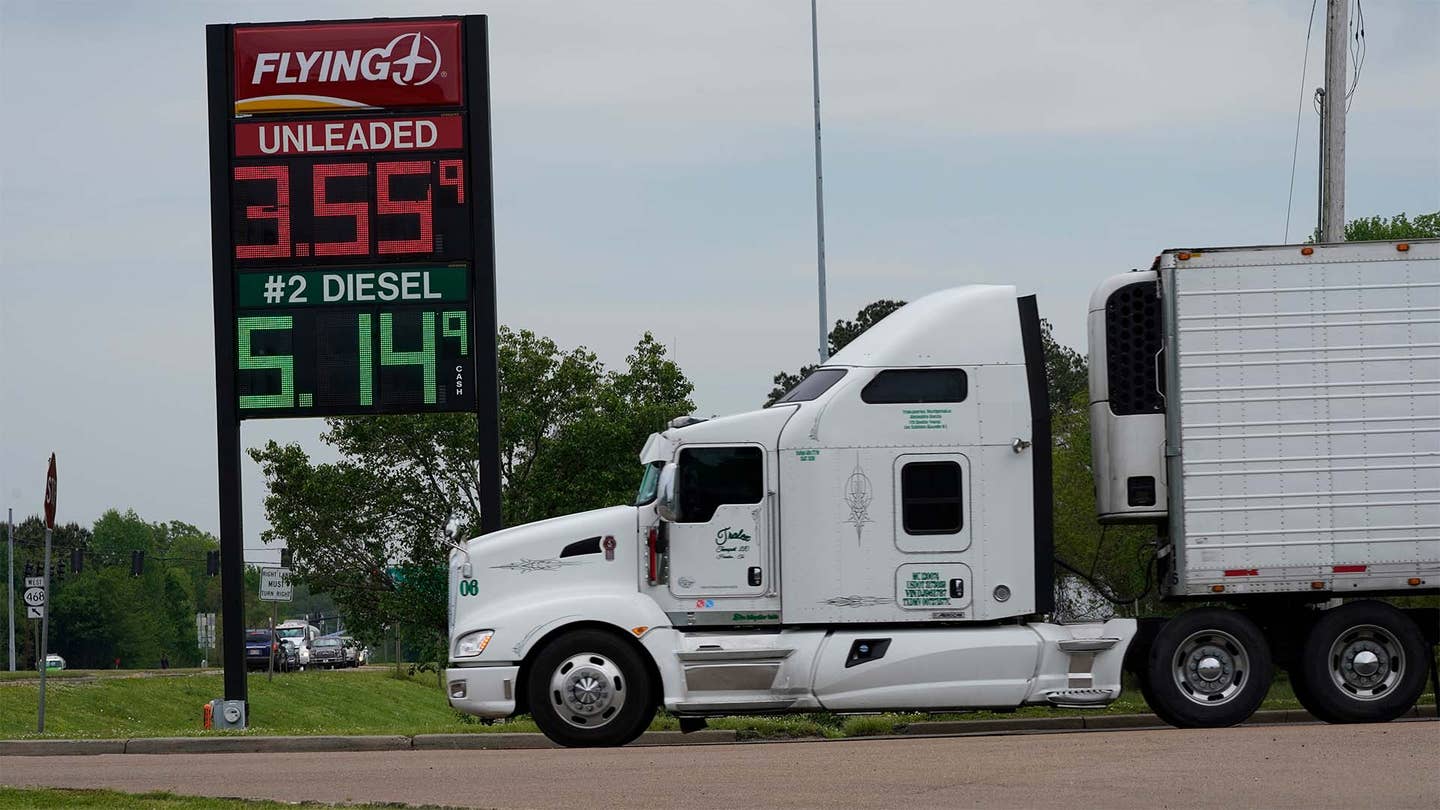 Gasoline may be what powers most vehicles in the United States, but diesel is what fuels freight and logistics. You can see why it's big news, then, that prices are higher than they've ever been. According to Gas Buddy, diesel has reached a nationwide average of $5.16 per gallon. That's just a penny higher than the previous record from March, and prices could still go up.

That's not the whole story, either. Not only is the price of diesel higher than it's ever been, but the difference between the price of the fuel and regular unleaded gasoline is also larger than ever. On average, diesel costs a whole dollar more per gallon right now.

Needless to say, this isn't good for anybody, even people who don't drive a car or truck with a diesel engine. Diesel fuel is the lifeblood of global logistics, and a rise in the price of diesel translates into a cost increase for pretty much everything.

California unsurprisingly leads the way with a statewide average of $6.39 per gallon. Other states could soon surpass the $6 per gallon threshold as well, with Hawaii at $5.74 and Pennsylvania at $5.68, respectively. Georgia currently has the lowest statewide average diesel price of $4.83.

These rising prices, as Gas Buddy notes, are caused by a variety of factors we're all pretty used to hearing about by now: the ongoing pandemic, Russia's invasion of Ukraine, and also some pre-pandemic losses in refining infrastructure. That includes the destruction of the Philadelphia Energy Solutions refinery in 2019 as a result of a truly massive fire and explosion.

All of these factors reportedly add up to a half-million-barrel shortfall in refining capacity with no clear timeline as to when things will return to normal. This could be a sharp peak that will decline quickly, but it might also be a plateau that is just as enjoyable as the still-high cost of pretty much everything else.