Night Shift Through the Eyes of a British Truck Driver

It's hard work, and it's not all driving either. 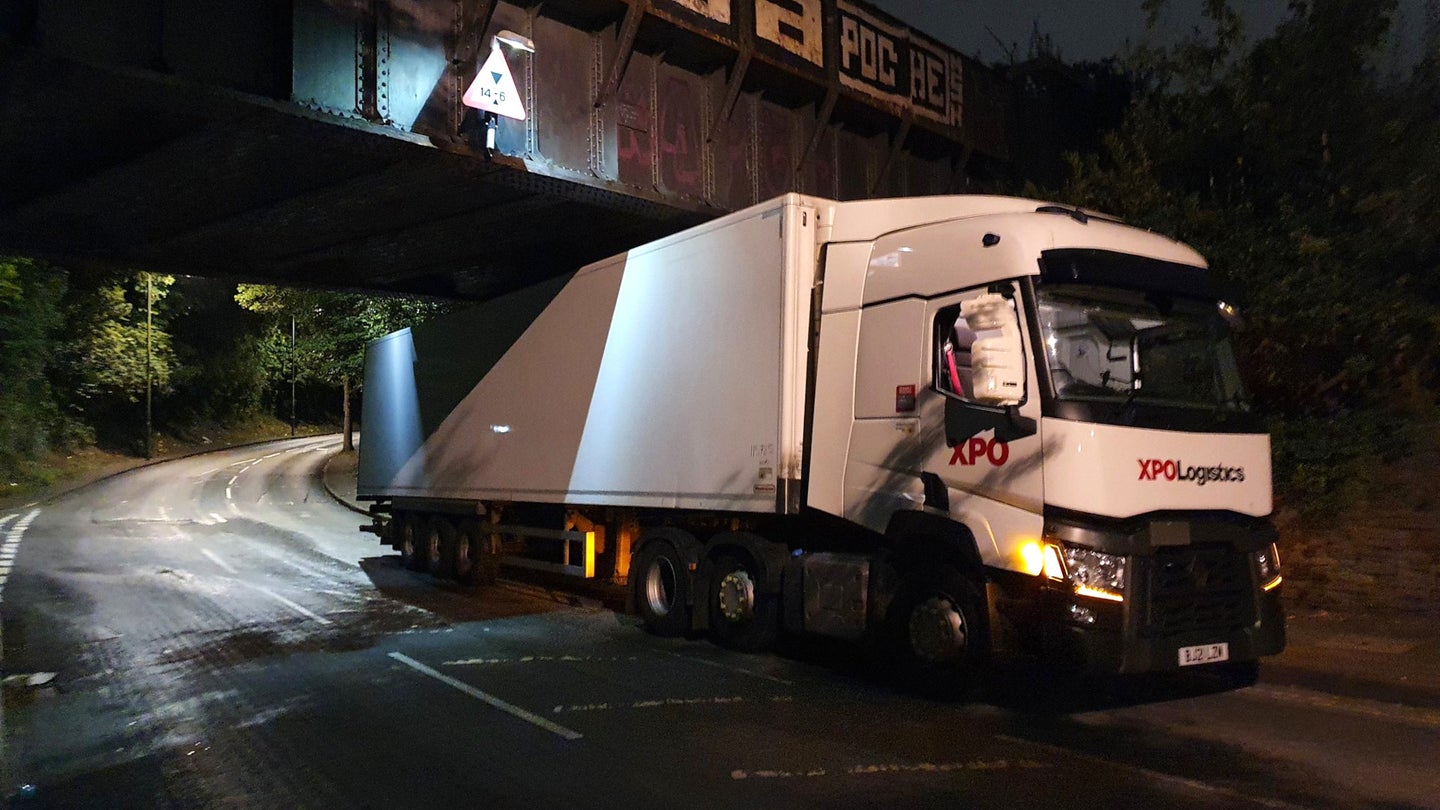 When we think of truck drivers getting their jobs done on the road, we often imagine the long-haul routes on interstates hauling bulk cargo from depot to depot. However, there's more to trucking than that, and more countries on the map than just the United States. Tom, also known as @thelorryist on Twitter, decided to share what it's like going through an average shift as a lorry (truck) driver in the United Kingdom.

Tom's awake at 10 p.m. to midnight on Saturday, preparing coffee ahead of the hour journey to the depot for his shift at 1:15 a.m. on Sunday. Once on-site, the truck is given a thorough check in order to make sure everything's in shape for the day's work ahead. With that done, the digital tachograph is fired up to record the journey and ensure that rest periods and so on are complied with.

The load for the day is a refrigerated trailer—fresh cartons of milk for the day's trade at a series of supermarkets. Again, careful checks are par for the course to ensure the shift goes smoothly. It's also key to avoiding embarrassing mishaps when hooking up to the trailer. With everything attached, Tom is on the road half an hour into the shift.

On a run like this, the miles driven are only part of the work. The first store is 117 miles away, a couple of hours' journey, but there's more to do. On arrival, after backing up to the loading dock, Tom has to unload all the rolling cages holding the milk and re-load a stack of empty cages back onto the truck before driving off to the next store.

The empty cages must then come off again at the next store, so the remaining fresh product can be unloaded at the next stop. There's a lot of double handling involved, and the cages aren't featherweights, either. Hauling several full cages at once saves time, though is technically against procedure; such working methods would be familiar to most back-end workers from a retail environment.

A 15-minute break is mandated after six hours, one of several during the shift. Tom does note that sitting in a truck seat for 15 minutes on a smartphone isn't exactly refreshing, but it's the letter of the law and one strictly abided to in the industry. A 30-minute break later in the shift is taken at a motorway service area, roughly the UK equivalent of a truck stop, which Tom describes as "hideous places to spend time."  The breaks are also unpaid, which adds some frustration.

Back at the depot, all is said and done by 4 p.m., making it a heavy 15-hour shift in which Tom drove 338 miles and delivered milk to five different stores. Total fuel economy was 8.6 miles per gallon, just a hair above the 8.5 mpg "performance standard" Tom is expected to meet. Along the way, the intrepid truck driver shifted product, managed paperwork, and dealt with the usual frustration of dockhands failing to open gates despite repeated presses on the ever-useless bell.

I can't imagine how much practice it takes to nail reversing into those tight spots, let alone handle a heavy semi-truck in traffic all day without incident. Overall, it's a great look at what really goes into an average day on what is clearly a highly skilled and difficult job. We'd love to hear stories from other truckers about the parts of the job that you don't see on TV. Have at it in the comments below.