Which tickles your fancy, a Green Giant-themed Ram pickup or Santa’s Hemi-powered sleigh? 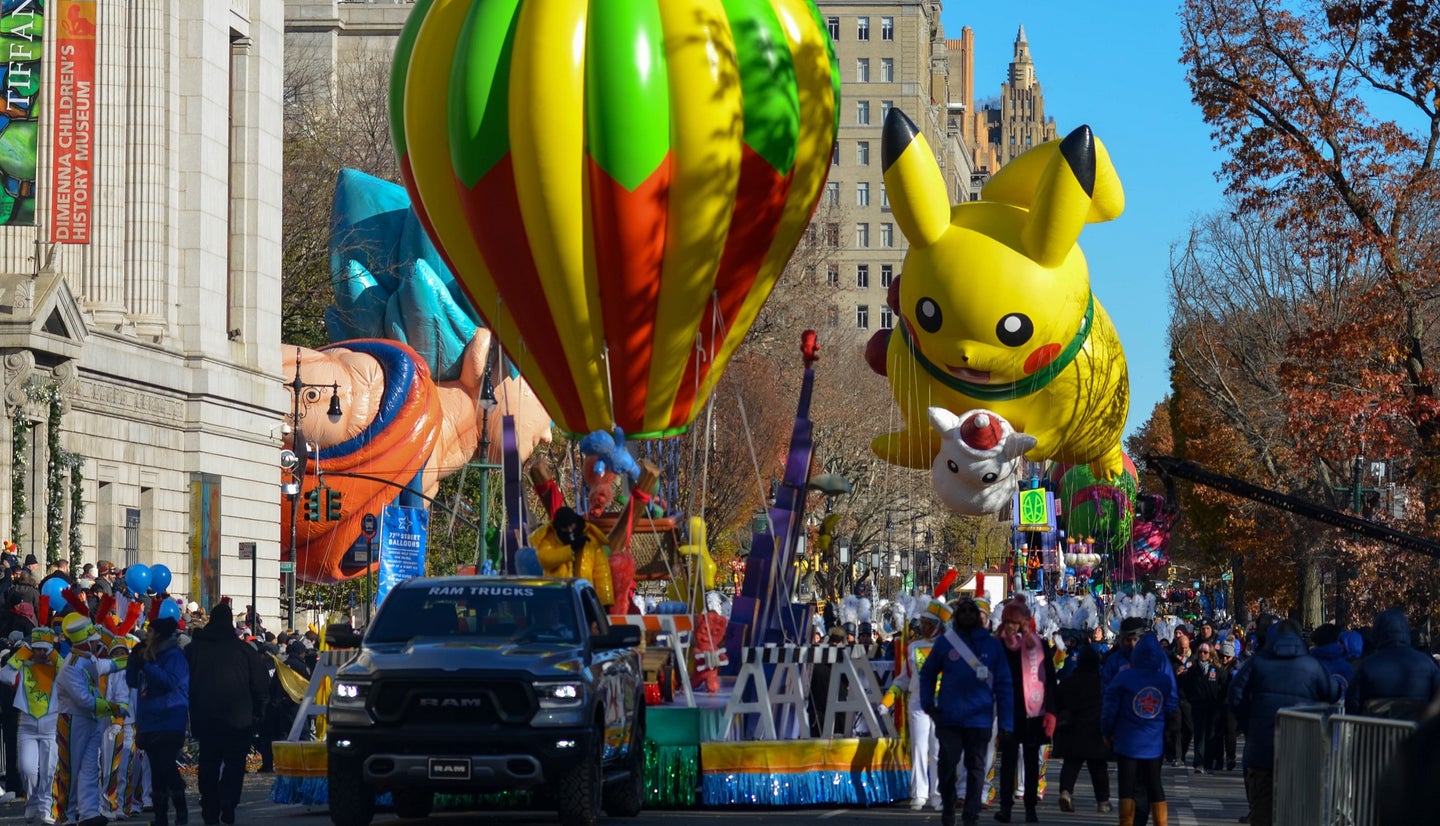 Thanksgiving is a holiday of traditions, especially when it comes to what's on the television. While you and yours may turn to the football game during the afternoon, morning time is often reserved for one nationwide event: the Macy's Thanksgiving Day Parade. If you live in New York City or happen to be in town, maybe you stop by to watch it in person with the other 3.5 million in the audience, but regardless of where you observe the hours-long procession with some of the most elaborate floats, you'll see Ram trucks leading the way.

This is the fifth consecutive year in which Ram vehicles serve as the event's official truck. Over 20 Ram pickups will make their way from West 77th and Central Park to the Macy's on Herald Square, some of which are specially wrapped to match the floats they're hauling: Harvest in the Valley by Green Giant, Splashing Safari Adventure by Kalahari Resorts and Conventions, Mount Rushmore's American Pride by South Dakota Department of Tourism and Santa's Sleigh.

"It is with great pride that the Ram Truck brand celebrates five years of aligning with the iconic Macy's Thanksgiving Day Parade," said Reid Bigland, Head of Ram Brand. "This is truly a cultural moment and in this season of thanks, we are honored to be just a small part of the magic that happens as our full portfolio of award-winning trucks pulls these floats down the streets of Manhattan."

The parade attracts over 50 million viewers annually on television, where it'll air at 9 a.m. in all time zones on Thursday, Nov. 28.

It’s that time of the year.

The pickup trucks will be sold in 10 limited-edition colors, two to honor each of the five branches of the United States military.

Like most ads from the American truck manufacturer, this one will get you right in the feels.