To the best of our knowledge, this is the fastest an uncrewed road-legal semi truck has ever driven. 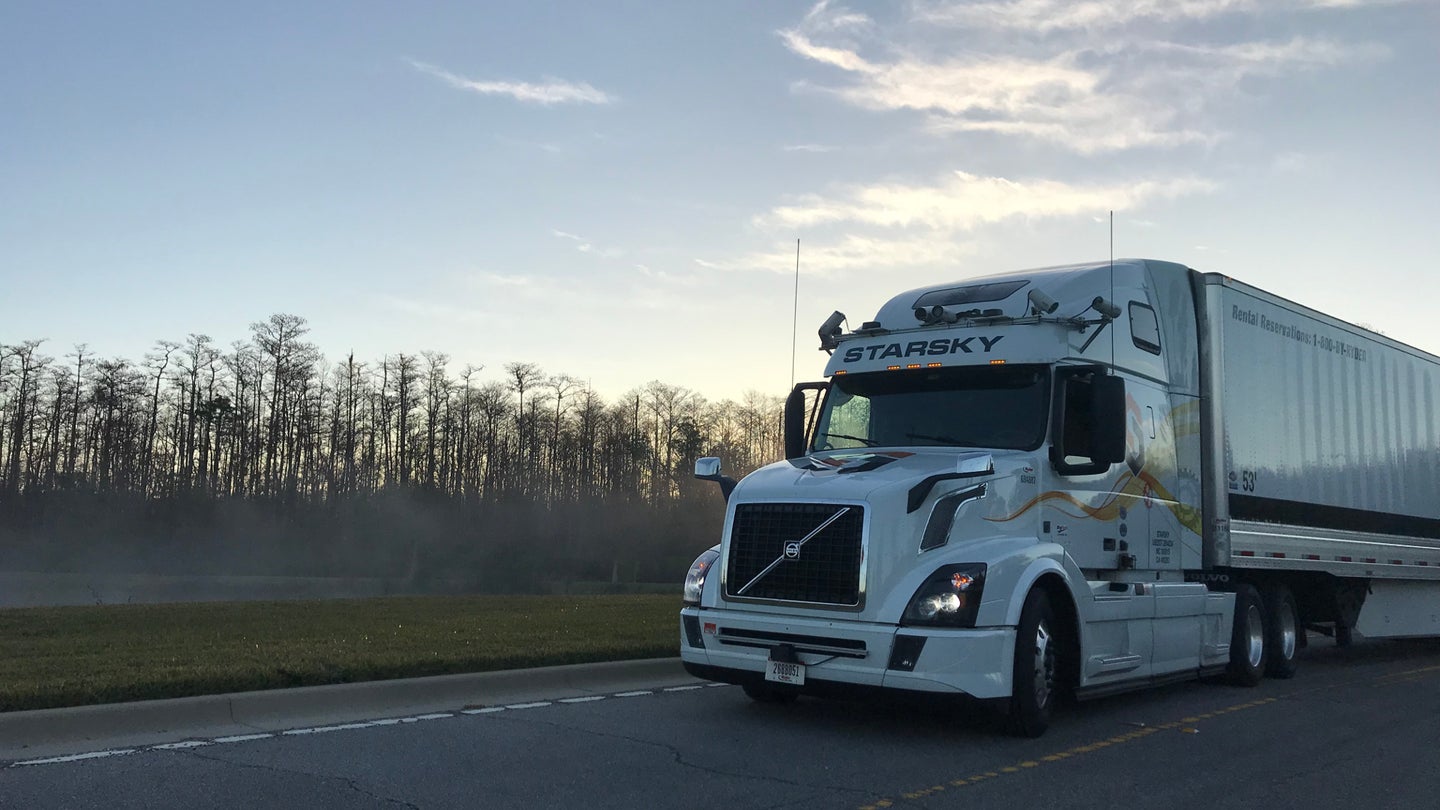 The Florida unmanned trucking company Starsky Robotics may have set a record for the fastest an uncrewed vehicle has driven on a (closed) public road, when one of its trucks hit 55 MPH with nobody on board in a recent speed test on the Selmon Expressway outside Tampa [Ed: if you have evidence suggesting otherwise, please send it to ed at thedrive dot com]. This milestone comes as Starsky approaches its first uncrewed public road test, and builds toward operating a "driverless" freight company in Florida and several other Southeastern states.

"The fact that we're getting these things done when much bigger teams haven't yet is pretty thrilling," Starsky Founder and CEO Stefan Seltz-Axmacher tells The Drive. "Being the first to drive at highway speed is another sign that we are closest to actually solving the  primary problem in the $726 billion trucking industry," he said referring to the shortage of long-haul truck drivers in the US.

Unlike some other "driverless" truck companies, Starsky isn't building a completely autonomous solution. Instead, it uses teleoperation to remotely drive the truck between freight depots and the freeway where a highway-only automated driving system takes over. "We're focused on making a truck drive without a person in it," Seltz-Axmacher explains. "Because of that focus we've been able to develop a highly reliable SAE Level 2 system and a highly reliable teleoperation and supervision system, and it turns out that's all you need."

As TechCrunch's Kirsten Korosec recently reported, Starsky is already building a shipping business alongside its driverless development program and Seltz-Axmacher says this exposure to the realities of the business has informed Starsky's pragmatic approach. "It's really, really hard to hire drivers," he says, "and most of the drivers who are reaching out to us really want to be teleop drivers, they really want to be able to go home to their families at the end of the day."

Starsky began its first fully uncrewed testing in February, and has been building up to the recent 55 MPH test, which is the planned operating speed for the firm's trucks. Getting there has been mostly a question of improving safety systems, which Seltz-Axmacher describes as "really, really hard, really, really unsexy work."

By building out reliability and the failure modes that provide what is known as "functional safety," Starsky has confidence that its trucks can perform at highway speeds and conditions even if something goes wrong he said. As that confidence continues to improve, Starsky will begin preparing for its next big test: hitting highway speeds on open public roads with no driver.