People are naturally curious about a new Z convertible, but the car’s chief product planner says it isn’t in the cards right now. 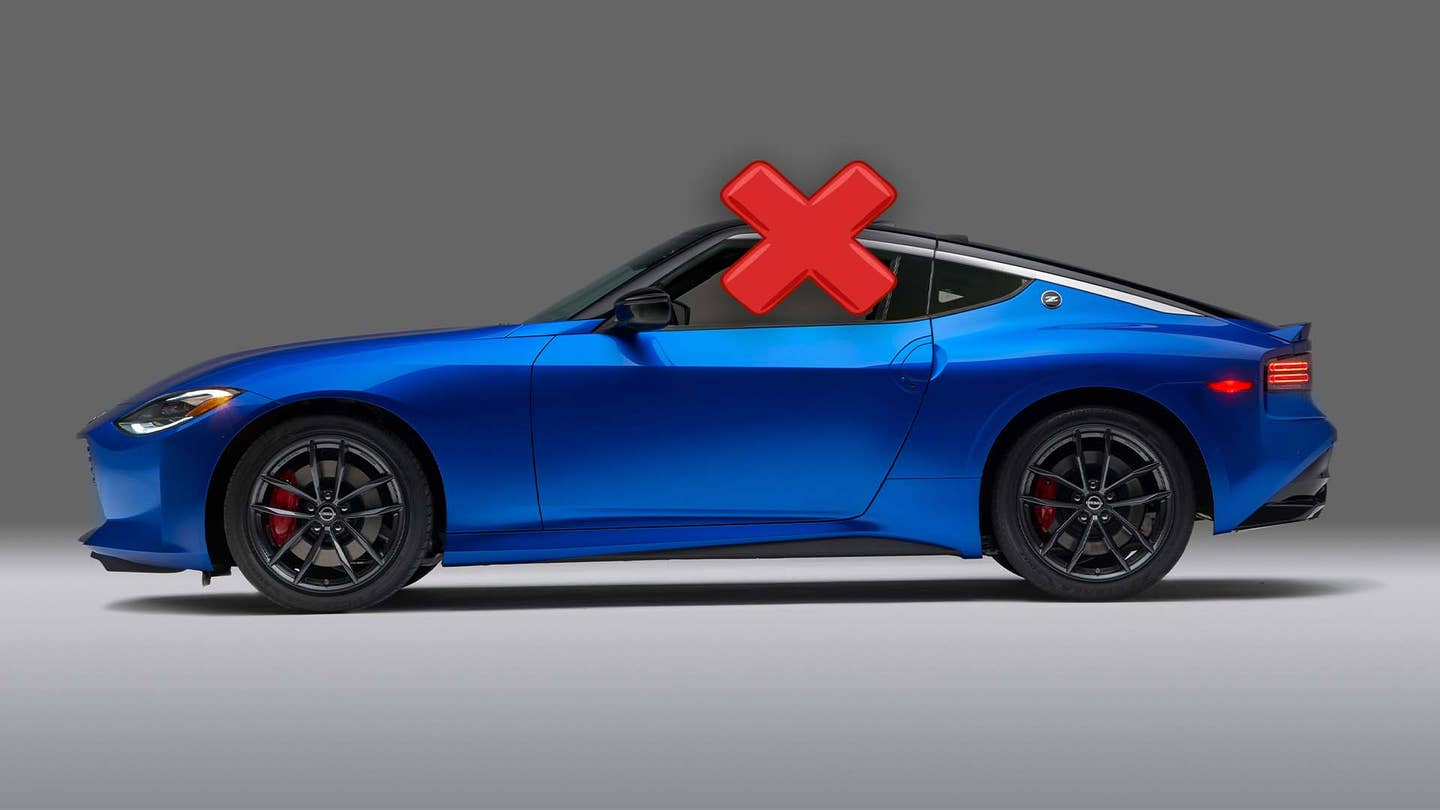 Paul Hawson, Nissan's director of advanced product planning and strategy, was a key executive in making the new Z happen. He's a car fan who's visibly excited about the Z, but we're acutely aware of what this new sports car is; a heavy refresh as opposed to an all-new machine with a bespoke platform. That's all well and good, though it spells some bad news for expanding the Z lineup. If the new version of the car isn't getting its own unibody structure, it's clear that something like a convertible, which would mean considerable work to the car's body shell, probably isn't gonna happen. Hawson, in conversation with The Drive at the New York Auto Show, seemed to confirm that.

As we chatted informally, overlooking Nissan's display of new vehicles at the show including two new Z cars, he laid out the roadster's prospects in pretty plain language. As far as he's concerned, there are "no plans of announcing or talking about a convertible at all." As we continued to talk, it was clear that while the door may be open for a Nismo version of the new Z, the drop-top wasn't being seriously considered. “Convertible has been a part of Z history, but by-in-large, the most preferred thing is obviously the coupe.”

Hawson seemed to imply that this statement was related to the sort of tuning that went into making the new Z the carefully balanced, finely honed sports car he purports it to be. "There's a, let's say, performance difference when you go convertible—rigidity and whatnot," he told me. This implies the new Z is aimed at a customer that's a bit more performance-focused, as compared to previous generations where a customer may have just been in the market for a convertible and the Nissan seemed like an attractive option.

That's not to say Hawson isn't interested in appealing to a broad audience, of course. He notes that, when compared to other vehicles in the segment, the Z attracts a much less "homogenous" audience. "We want everybody to enjoy it," he continued. "The crowd that comes to a Z is the most diverse; old, young, male, female, and it's really cool." So while a convertible doesn't seem to be in the cards, even though it might potentially broaden its appeal, Hawson feels that this new car will be able to succeed either way through its various options, pricing, and more.

"I hope we hit the spot with all of those people," he said. "That's the challenge of Z. We're not making it for one super crazy race car driver, we're making it for everybody."

You can reach the author here: peter@thedrive.com