It Sure Looks Like Nissan Has Finally Killed the 370Z

Go looking for a brand-new Nissan 370Z, and you'll find your calls unanswered. 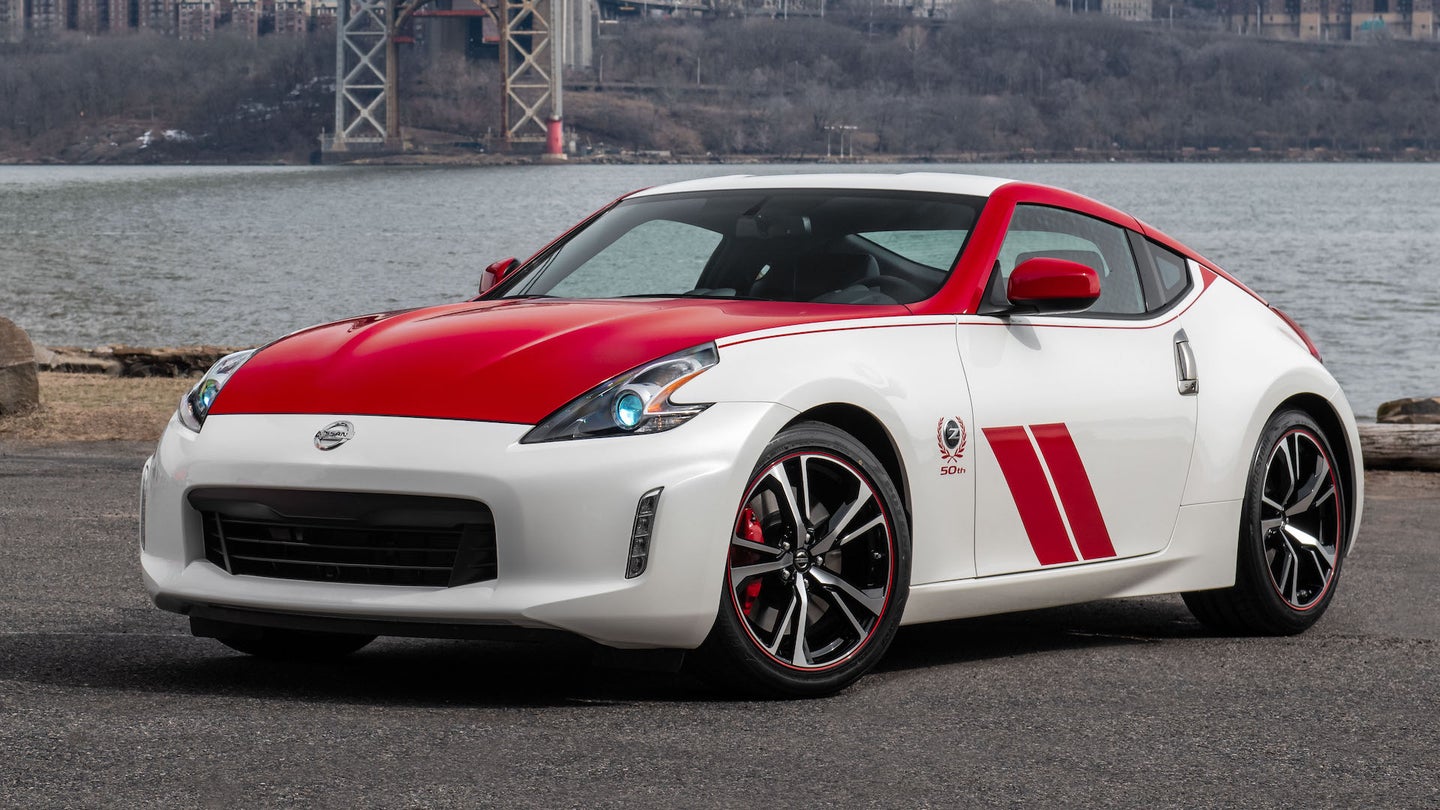 Oh, Nissan 370Z, we love you, but it's been tough watching you limp on these last several years. Seeing you just keep on living without any obvious zest for life in the form of updates or strong sales made us wonder how you were sticking it out for so long. That is, until you stopped, and up and disappeared on us without saying goodbye.

Indeed, it appears dealer stocks of new 2020 370Zs—the most recent model year—are all but exhausted, with searches of CarsDirect and Cars.com returning zero new examples nationwide, and CarGurus just two, both located in Natchez, Mississippi. Given how sales of 370Zs have dried up in first-quarter 2021 to a paltry 28 cars, according to Nissan's own numbers, this likely isn't because Z production has been crippled by the worsening chip shortage. In all likelihood, this signals Nissan has, after more than 12 years, built its last 370Z.

Nissan declined to comment on 370Z's apparent demise, with its North America spokesperson for sports cars instead shifting the focus toward the imminent next-gen Z when contacted.

"Sales of the 2020 370Z extended into 2021," a Nissan spokesperson told The Drive, echoing a statement previously issued to CarsDirect. "Watch for upcoming announcements on Nissan's all-new, next-generation sports car, which will debut later this year."

If the 370Z has at last gone the way of the old Frontier, its demise would leave the GT-R (R35) as Nissan's last holdover from the 2000s. But while rumblings of the 370Z's and Frontier's replacements were felt years in advance of their debuts, little has indicated an R36 GT-R is on its way. And with Nissan design director Alfonso Albaisa on record stating the next GT-R needs to be "the fastest super sports car in the world," Nissan certainly has its work cut out for it.

Got a tip, question, or insider Nissan info for the author? You can reach them here: james@thedrive.com