Why Haven’t You Bought a Nissan Rasheen Yet?

This weird Japanese Jeep is the perfect beach vehicle. 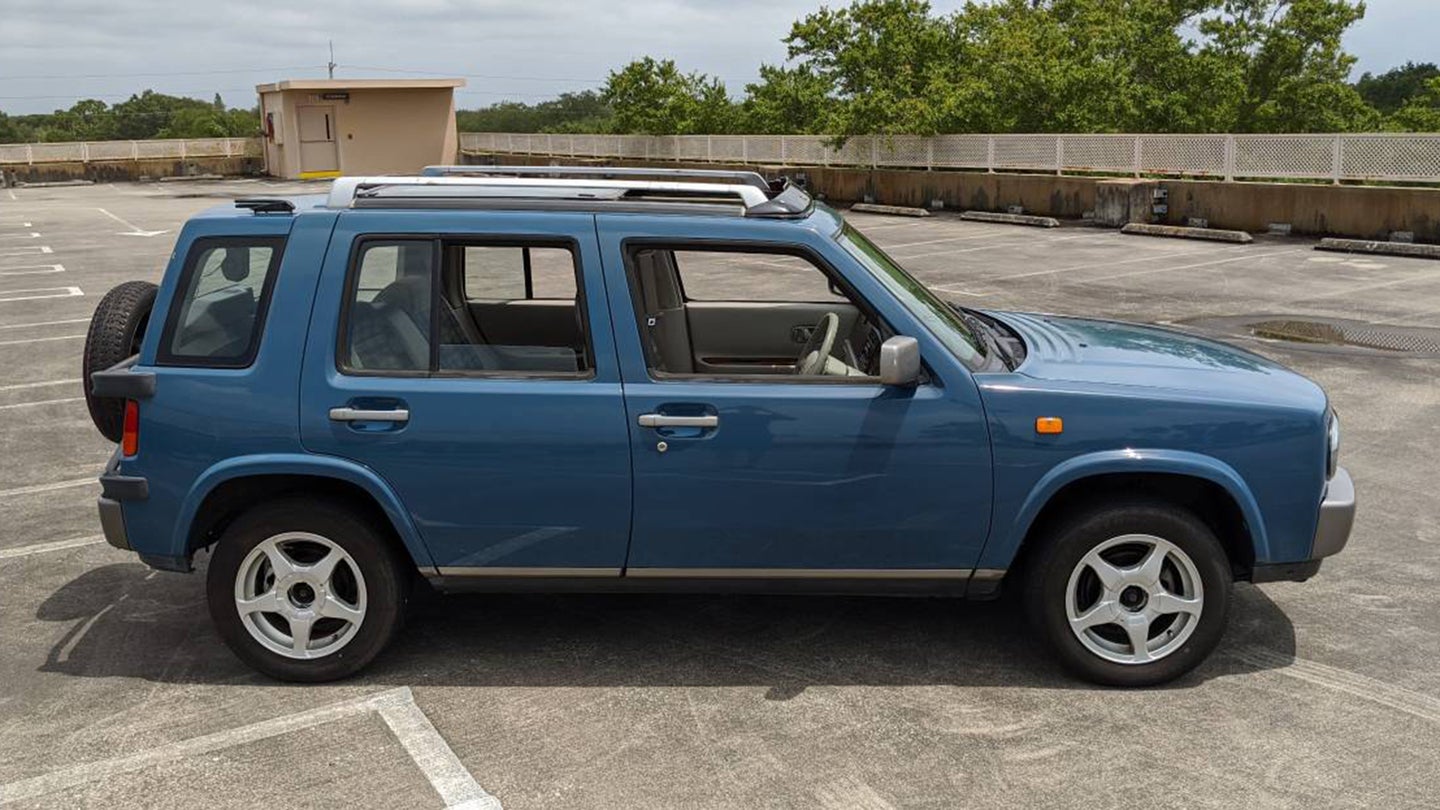 Before finding this listing on Craigslist, I will admit I had never heard of the Nissan Rasheen before. Shame on me, I know. The reason I didn't know this strange SUV thing existed was that it wasn't sent to the United States⁠, only being offered for sale in Japan. Since the production started in 1994, they have just become available to import as of last year. This particular Rasheen is a '95, and it's in pretty good shape.

Located near Sarasota, Florida, it has just 67,000 miles on the odometer. It's equipped with the five-speed manual, and you'll have to learn to change gears with your left hand as the Rasheen was only ever offered in right-hand drive. The listing on Craigslist describes it as "Ultra Weird". I believe that.

The Rasheen is interesting for a few reasons, but its performance is not one of them. Of the three engines offered, the largest was a four-cylinder, 2.0-liter SR20DE. It made around 143 horsepower. This car does not have that. It has the smaller, 1.5 liter GA15DE, which produces just 104 horsepower. So we're not buying it for the performance, why are we buying it? Well, let me get back around to those other interesting features.

First of all, the Rasheen has a massive sunroof. It's not some little glass panel you can crack open just wide enough to fit a few fingers out of—basically the entire front portion of the car's roof is retractable glass. It also has a nice, airy greenhouse thanks to thin pillars and big squared-off windows.

The astute readers amongst you will have noticed some of the Rasheen's unique interior features by now as well. The seats are all upholstered in a nice grey plaid. Combine this with the massive swathes of fake wood and it's decidedly Japanese.

I think this thing would be perfect for the beach, or a tow-behind vehicle for an RV. It has AWD, air conditioning, and it only weighs 2,890 pounds, great for dancing over the dunes. It also has a ton of room in the back with the seats folded down. Built on the B14 Sentra platform, it certainly can't cash the checks its boxy body and rear-mounted spare are writing. But it's a fun enough time with the manual.

This Rasheen is being sold for $8,500, which is a little steep in my opinion. If you look at the full listing on the dealership's website, the car does have a little corrosion on it, and some scratches and dings. It may not be the cleanest, but as far as I can tell it's one of the few for sale in the U.S. You could always go through the process of importing one, but that would likely take months. For now—if you're now a newly-converted Rasheen enthusiast—this is your best bet.

Why a Cargo Ship Full of 2,000 Nissans Floated Offshore for Days

“This is different from anything we’ve seen before. Everyone is full to the brim.”