Land Rover’s Next Range Rover Could Be Even Fancier

Not that it’s a penalty box these days. 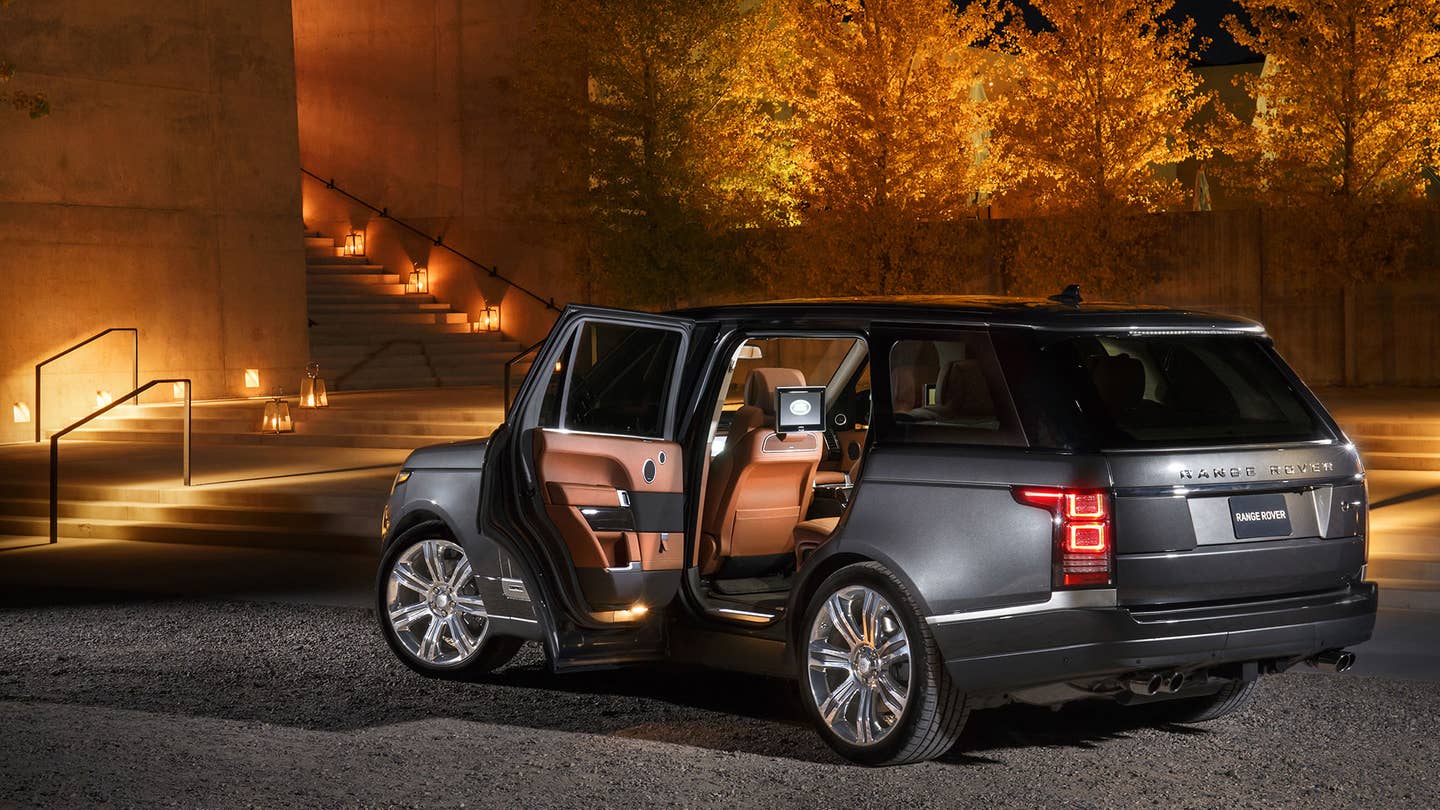 The current Range Rover may not exactly be a World War II pillbox, but that's not stopping Land Rover from potentially taking Range Rover more upscale, according to one of the brand's executives.

"I think Range Rover has no way reached its ceiling in terms of price," Gerry McGovern, design director and chief creative officer at Land Rover, said in an interview with Automotive News.

As the non-Range Rover parts of the Land Rover family such as the Discovery Sport and the upcoming Discovery become fancier, McGovern said, it creates room for the Range Rover clan to move further upmarket in concert. The new Discovery is expected to hit showrooms early next year, clad in styling that bears a strong resemblance to the pint-sized Discovery Sport introduced in 2014.

A move further up the luxury scale would allow the Range Rover to better take the fight to the Bentley Bentayaga, which currently sits at the pinnacle of the luxury-SUV mountain. In the next few years, however, the super-premium SUV category is expected to swell significantly, with new sport-utes from Rolls-Royce, Mercedes-Maybach, and Lamborghini expected in the near future.

So if the Discovery models are closing in on Range Rover levels of luxury and the Range Rovers are bound for Bentayga-town, where does that leave Land Rover fans who want something a little more basic? Well, McGovern said, those folks might dig the upcoming revamp of the fabled Defender, which he claimed will be much more rugged and much less "styled."

Just because the Range Rover will grow fancier doesn't mean it will be growing larger, however. "I don't think an optimized seven-seater is the right proposition for Range Rover, no matter what anybody says," McGovern said. In the Land Rover lineup, seven-seaters will be mostly relegated to the Discovery family—not counting the pair of third-row jump seats that can be jammed into the Range Rover Sport.

Fit for any queen.

Drive Wire: Are The New Range Rovers The Last Hurrah For Diesel Engines?