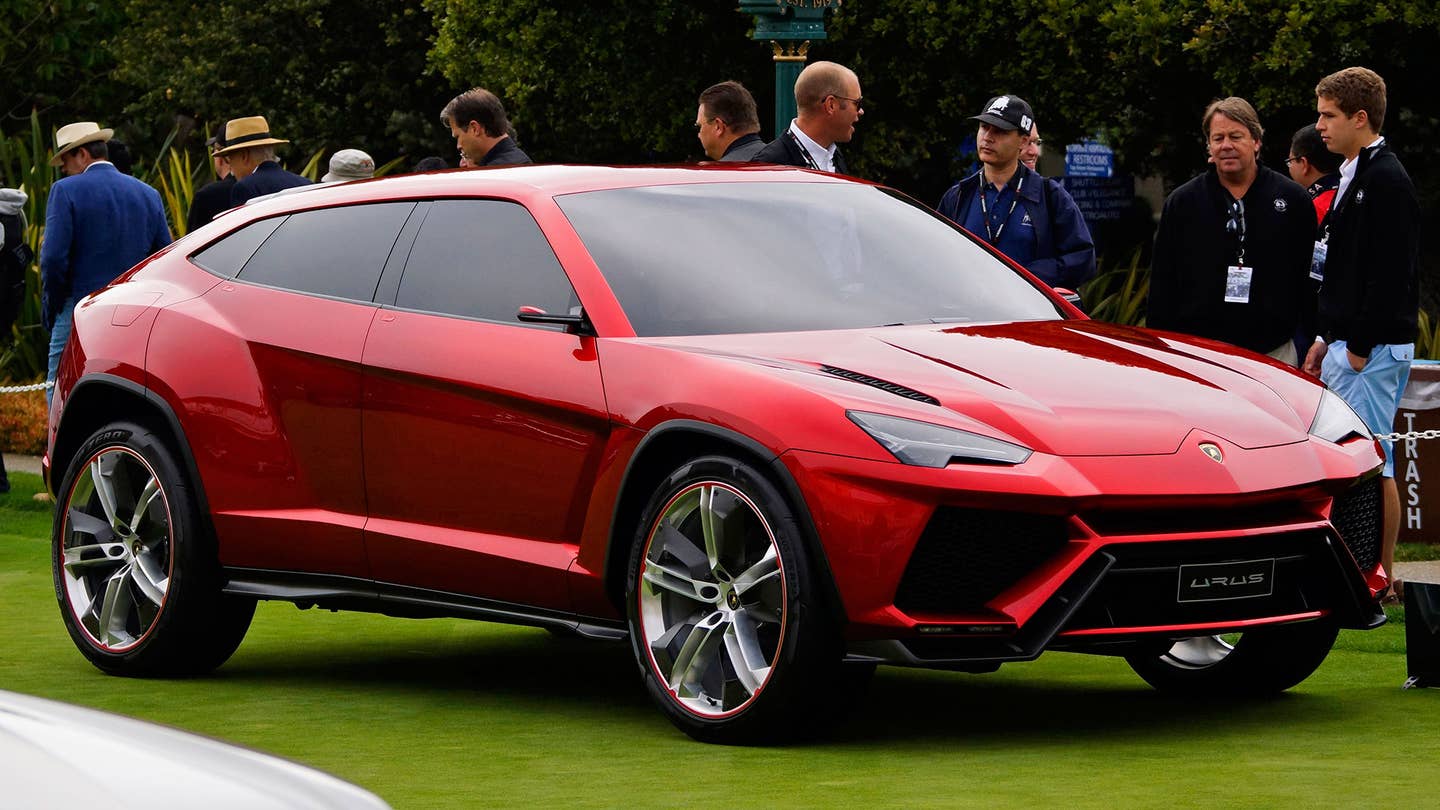 Hear that snorting? It's the forced-induction flaring of a fighting bull's nostrils.

Not only will its upcoming Urus crossover be a departure from the supercar focus of Lamborghini, but it will feature a twin-turbo V8, the company's first unnaturally aspirated engine.

Speaking to Autocar magazine out of the UK, Lamborghini R&D head Maurizio Reggiani said: “We decided that a turbo for a super sport SUV is the best choice. The engine must be light and powerful and with the capability with this torque at low revs to allow the car to be ‘elastic’ in every type of condition.”

It's not just the low-end power, either. While the V-10 and V12 engines of the Huracán and Aventador are respectively lovely, sonorously bellowing power plants, they're also prodigiously thirsty, and not so hot on the tailpipe emissions. The new turbo V8 should be able to match or exceed the 10-cylinder for power output, while returning better economy when out of boost.

“This engine is not used by anybody else, only for Lamborghini,” Reggiani added.

To this, we say: bullshit.

Perhaps Lambo's new 4-liter V8 will get different turbos, exhaust piping and engine control units than those found in the 4-liter V8s currently available from Volkswagen Group cousins Audi and Bentley, but to claim some particular uniqueness is a bit disingenuous. Surely the engineers at Sant’Agata will scrape the Audi rings off the valve covers and script on a lovely, florid “Lamborghini,” but that doesn't give this new engine a purebred bloodline.

Further, the idea of a Lamborghini crossover sticks in many a craw. Yes, the company previously built the LM002—the “Rambo Lambo”—but it made up for any pandering by being slightly terrible. According to Seventies oil baron Walter Wolf, who had one of the first cars, it was uncontrollable in the wet and worse in the snow.

Whatever heart it has, the Urus will undoubtedly be fast and loud and wildly styled and fantastically engineered—and mostly found in the valet-attended garages of high-end shopping malls with severe curb rash on its passenger side rear wheel. It will sell well, bank major profit margins and we will be told that it's all for the good of the company. Oh, and in all likelihood, there's a plug-in hybrid on the way.

Meanwhile, you can at least still buy a rear-wheel-drive version of the Huracán that echoes the deranged fury of past Lamborghinis. It, at least, doesn't need environmentally friendly forced induction; it, at least, doesn't feel like it's being forced down our throats.