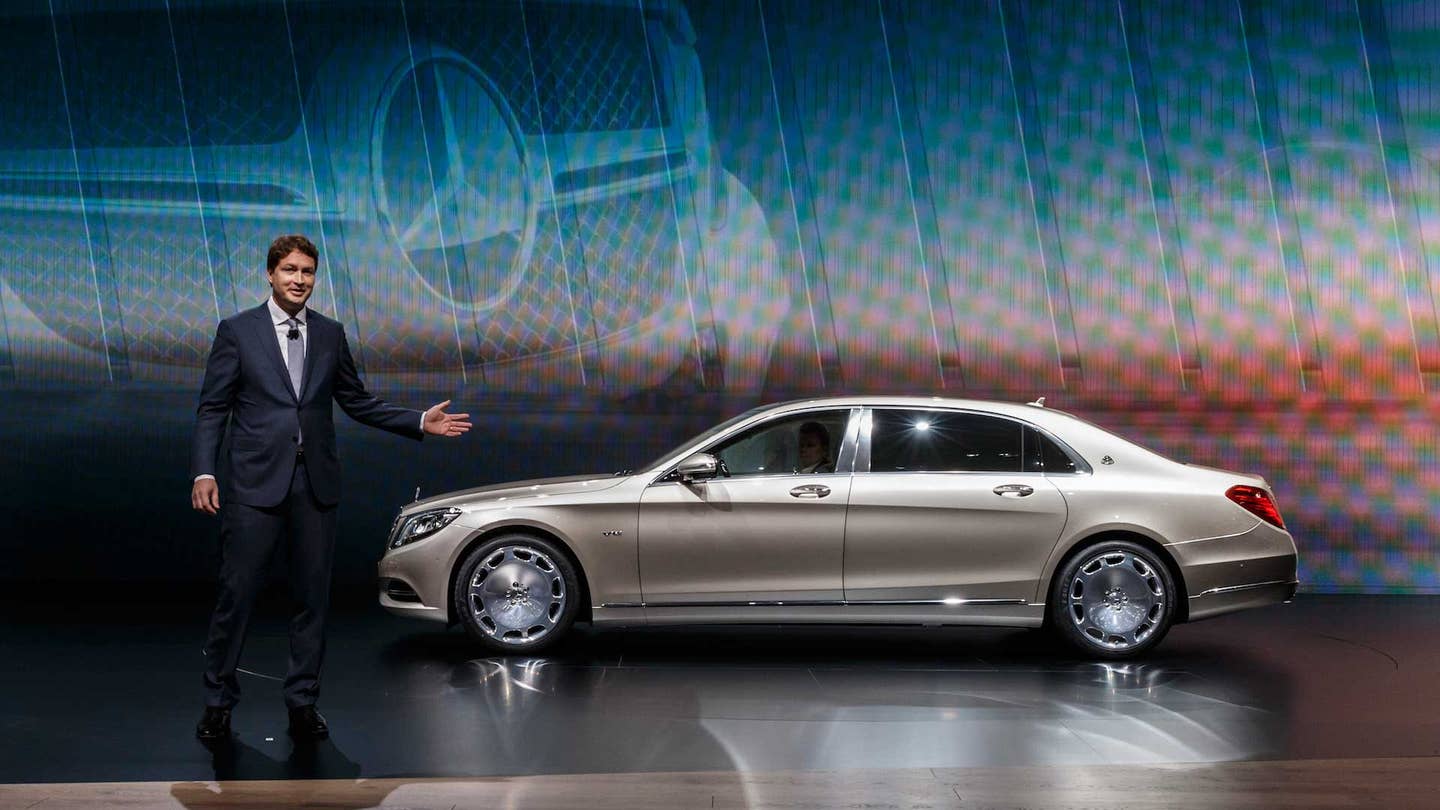 Meet Ola Källenius. At 46-years old, he is the youngest member of Daimler’s Management Board. He is also the man currently driving a historic lineup expansion at Mercedes, just as he did while running the high-performance AMG division. And Källenius isn’t apologizing to purists who catch vapors every time a major luxury brand rolls out another niche model, as Mercedes just did with the compact GLC Coupe at the New York Auto Show.

“Model proliferation has been one of the foundations of our growth, and we still see room for more,” he said.

Mercedes, Ola Källenius says, now sells more Maybach models in China in one month than it did during its best year as a standalone brand. For those counting at home, that’s more than 500 ultra-luxury vehicles per month, at prices ranging from 1.4 to 2.9 million yuan—roughly $230,000 to $460,000.

That’s good business in any language or currency.

So with customers from Shanghai to San Francisco going gaga over SUVs, Källenius says that an ultra-luxury Maybach SUV is a real possibility.

“I wouldn’t rule it out,” Källenius said. Which you can read as: “It’s sitting behind this curtain right now, but you can’t see it just yet.”

To wit, a stretched Mercedes-Maybach version of the 2017 E-Class sedan was recently spotted testing in China. And when Källenius says that only higher-end Mercedes are candidates for the bespoke Maybach upgrade: Forget a B-class Maybach. So it doesn’t take an MBA to figure that a generously sized, GL-or GLE-Class SUV might be next in line.

Mercedes plans to expand to 40 distinct body styles by 2020, up from 30 today. Done right, Källenius believes, Mercedes can spin several models off a single platform with a modest additional investment. He also believes that today’s customers are more willing to experiment than ever before; whether, say, a luxury coupe is lighter, sleeker, and sharper handling than a crossover SUV is ultimately beside the point.

“You kind of want a sports car, but you want utility, too,” he says. “Maybe it’s not right for a family of four, but they can get a (traditional model).”

The New York Auto Show was also a first chance to say Guten tag to Dietmar Exler, the newly appointed president and chief executive of Mercedes-Benz USA. Exler expects diesels to remain a tiny niche for American Benz buyers, typically three percent or less of a model’s sales. But Mercedes will still offer market-appropriate versions here, following a $3 billion investment in a line of cleaner, more efficient diesels. That includes the GLC 300d SUV that goes on sale this fall, whose new 2.0-liter four-cylinder diesel—with a urea-liquid-based pollution-fighting system—puts out 201 horsepower and a chesty 369 pound-feet of torque, offering an estimated 13 percent better fuel economy than Benz’ previous small diesel.

Mercedes is more bullish on plug-ins for America. That model is officially sold only in California for now, but Exler had a message for greens and early tech adopters: Buyers in any state can special order from a dealer.

Mercedes will soon introduce a new inductive charging system that lets customers, or parking garages, roll a car onto a deck to charge, avoiding plug-in hassles and cutting the cord entirely.

Plug-ins of all types have faced an icy reception in the face of giveaway gas prices, but the Mercedes executives insisted that will change. Plug-in sales are booming in green-minded nations such as Norway and the Netherlands, they said.

And as a sales percentage of models in which they’re offered, “they’ll be in the double digits in America before you know it,” Källenius said.

An IPO shall not tame the prancing horse.