Mazda Will Focus on Larger Electrified SUVs, But Don’t Lose Hope Yet

The automaker needs to focus on making money. That said, this doesn’t rule out fun cars in the future. 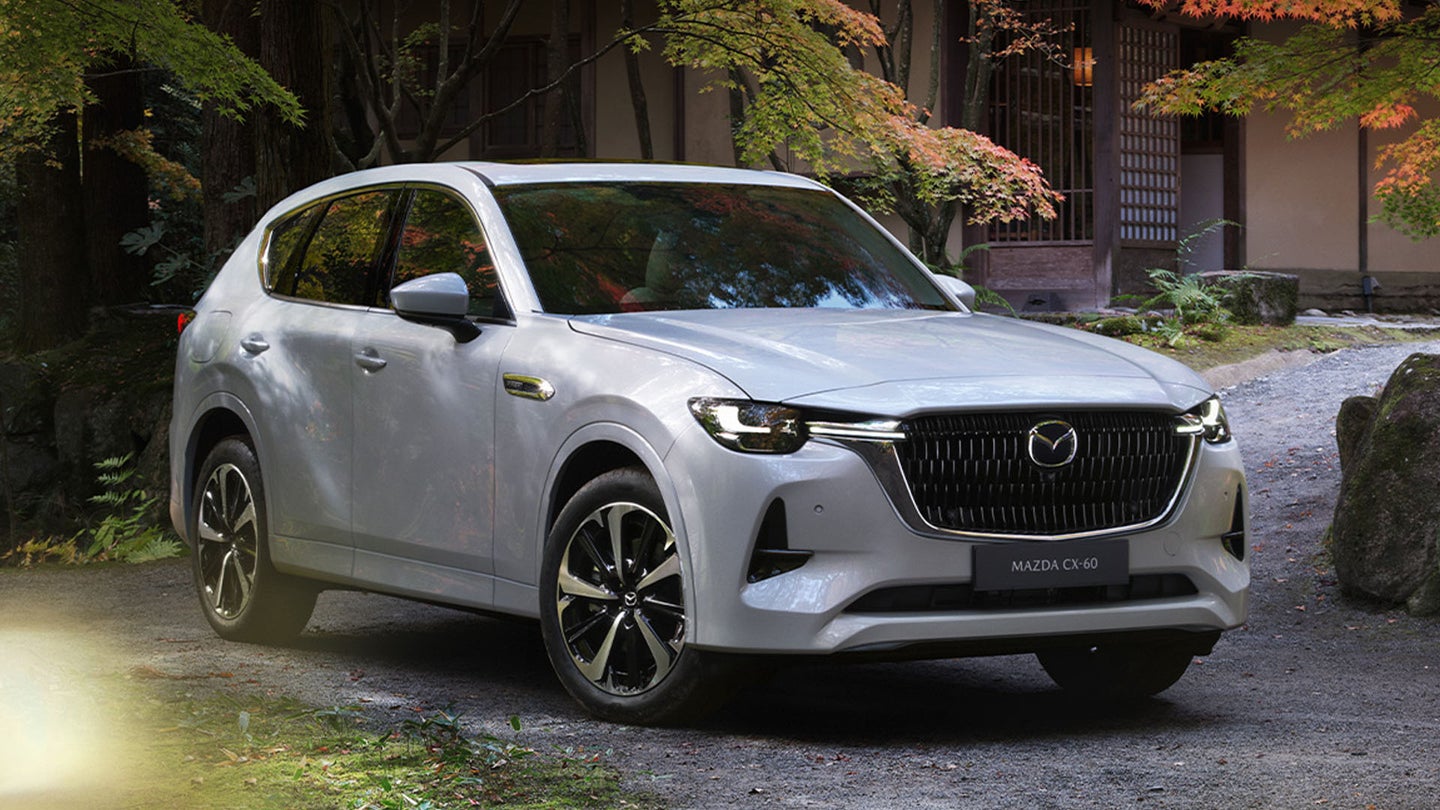 Mazda is known for its laser focus on driving dynamics. The DNA of its brand-defining sports car, the Miata, influences every vehicle it makes, from the stylish 3 sedan and hatch to the new CX-50 crossover. It's something enthusiasts love; however, 50 percent of Mazda's North American sales come from the CX-5. It needs to make more big cars, and that's something it's keenly aware of, as Automotive News reports.

The Japanese automaker wants to boost its sales to record levels within four years, and as such, that means taking its focus away from the cars its engineers might want to build versus the ones they have to. The coming years will see a production blitz of mostly electrified SUVs, including two larger companions to the CX-50 in North America; the CX-70 and the CX-90. This doesn't mean smaller cars or even sedans are off the table, but it does mean that they aren't Mazda's highest priority.

Mazda's global marketing and sales boss Yasuhiro Aoyama says, "We expect the U.S. to give us more constant, robust growth into the future," and really, the brand doesn't have a choice but to focus on the United States. As AN notes, North America is the only market where Mazda's sales aren't languishing. It makes sense, then, that the company has just invested millions in a new plant in Hunstville, Alabama to build the CX-50 and other future models. Indeed, at the CX-50 media launch I attended, spokespeople stressed that this new factory—built alongside a Toyota plant at the same site—would be very flexible, capable of producing many different types of vehicles on the same assembly line.

All of this raises the question of Mazda's capacity to produce cars that aren't SUVs, like the Miata and the highly anticipated but reasonably doubted Mazda 6 sedan successor. The Miata is certainly safe and Mazda has been patenting some interesting details possibly concerning the new car's drivetrain. As far as a RWD sedan goes, though, the automaker has not even formally confirmed that such a vehicle is on the way, but there's reason to believe that plans haven't been completely scrapped, as other publications have reported.

The swirl of negativity surrounding the car's alleged cancellation—which some went as far as to call "official"—is all based upon a single statement by Mazda Europe's development and engineering executive, Joachim Kunz. Importantly, when he spoke of a potential Mazda 6 successor, he told Autocar that Mazda "Would like to have it, but at this point in time, it’s most important to sell SUVs.” For whatever reason, it was assumed that Kunz—whose purview is strictly European—spoke for every global market when he made this statement. Europe and the U.K. which Kunz oversees are some of the least lucrative markets for larger sedans, and one only has to look as far as the now-canceled Ford Mondeo in the U.K. to prove that point.

The United States and especially China are still relatively strong midsize sedan markets, which keeps the door open for sale here. Indeed, some Japanese sedans and sports cars are sold in their domestic markets and the United States in particular, such as the upcoming Nissan Z, new Subaru WRX, and current Lexus IS, while they are not or will not be sold in the United Kingdom. Combine this with all the cars Mazda is building on its new RWD-based platform—four so far—and the development cost of a sedan for even a small automaker like Mazda is lessened considerably. If it can match the right price with its push upmarket, which AN reports is actually being received well, then there's no reason why, at the right volume, the car couldn't succeed.

In the end, the model of providing a slew of profitable SUVs to support at least one brand-defining vehicle isn't a new one; it's been proven by just about every German automaker from BMW to Porsche. With Mazda's Miata-driven popularity and reputation in the United States, plus what it hopes will be a boost in profitability thanks to its new line of vehicles, its future could be a bright one. The groundwork is set; we just have to wait and see if it works.

Mazdaspeed isn’t coming back, but is rear-wheel drive and extra power enough to scratch the itch?

With bolder looks and even some off-road gadgets, CX-50 has a lot of attitude as compared to its competition.

The document is clearly related to another, similar Mazda patent detailing a hybrid drivetrain.