The EV swap of your dreams just got easier thanks to a Ford Performance restock. 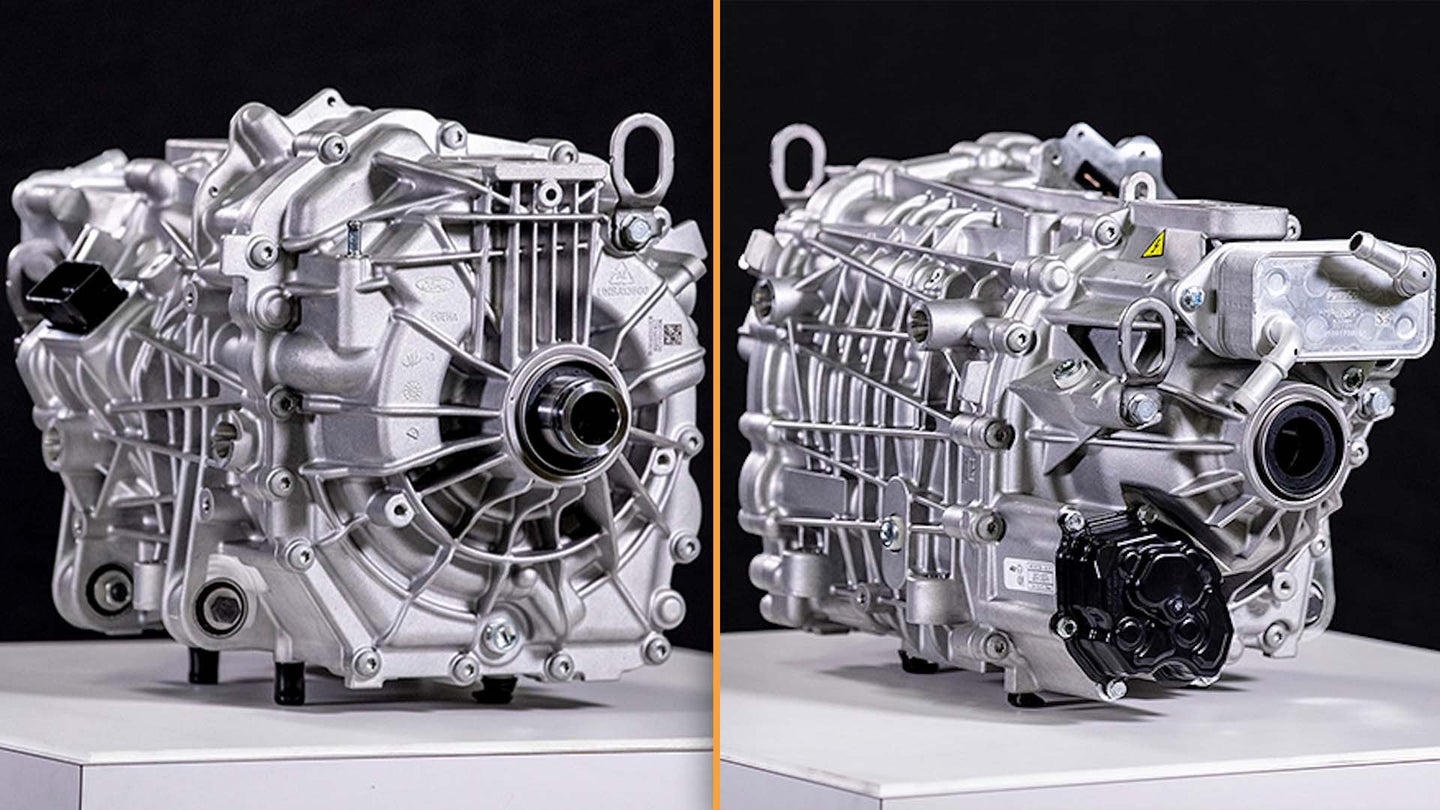 Ford nabbed the collective car community's attention last year with its newest performance motor, the Eluminator. Essentially, it offered a high-performance transverse electric motor as a crate option ripped straight from the Mustang Mach-E. With a drop-in, proven electric motor for sale, it's no surprise hot rodders latched on. It sold out almost immediately.

Now it's back, and you can have one for $4,095 directly from Ford Performance.

The Eluminator spec sheet appears the same as before. It gets 281 hp and 317 pound-feet of torque, all in a 205-pound, 22.5-inch wide package. It looks to be up in price from roughly $3,900 to just under $4,100 but in the current market of drop-in EV drivetrain swaps, that's a solid deal for the power numbers and fun factor the Eluminator offers. Ford previously built a SEMA exhibition truck based on a 1978 F-100 with two Eluminators slapped in for a combined 480 hp to all four wheels, if you need inspiration on how to use a package like this.

Unfortunately, the Eluminator still will need a traction inverter, a control system, and a battery to be fully operational, so it's not quite plug-and-play. But then again, since when are any motor swaps that easy?

Ease of application aside, having driven a few EV-swapped vehicles before I can say that virtually nothing in the modern automotive landscape gets me more excited than the idea of classic cars revitalized with new drivetrains. It's worth the effort. My personal favorite swap I've had the pleasure to drive, an HPEVS dual-AC34 swapped Maserati Biturbo still equipped with a factory dogleg-five-speed manual and powered with a bunch of Smart car batteries, offered about 130 hp and 230 pound-feet on tap to the rear wheels and it was an absolute riot. The instant torque in a classic car is already fun; throw in the freedom to play with weight distribution, power delivery, and drivetrain format, and the potential is unparalleled. As drop-in motors with more and more power like the Eluminator become common and batteries are easier to come by secondhand, I can imagine a nirvana of hot-rodding the likes of which I've never seen in my lifetime.

Or you can buy two and make a powerful AWD hotrod like Ford has.