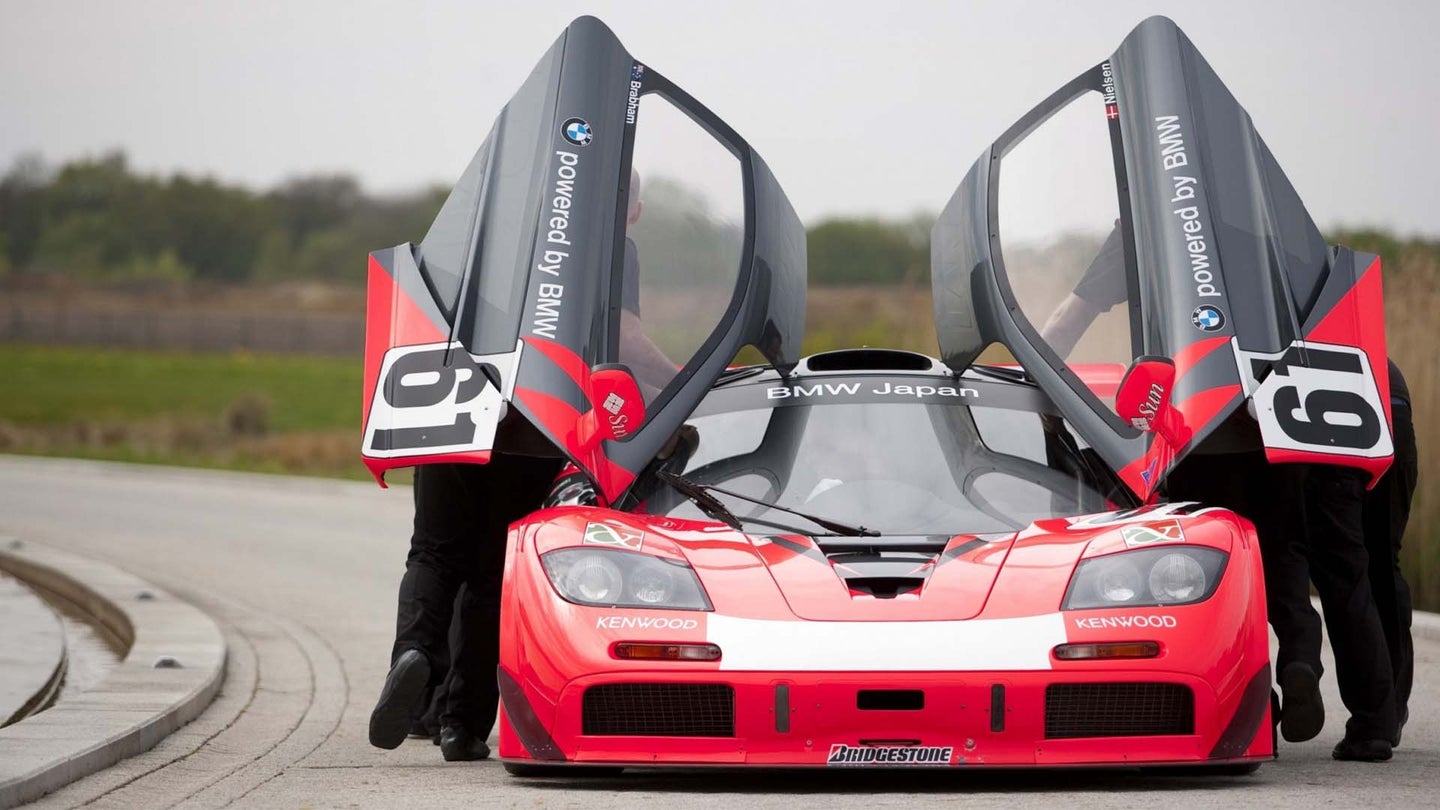 Amateur racing driver and affluent gearhead François Perrodo has access to a lot of extremely cool cars for a Sunday morning drive. So long as they have the right fuel in the tank, of course. He took out an ultra-rare McLaren F1 GTR and managed to make the sort of error any normal driver would cringe at: He filled the multi-million-dollar car up with diesel instead of gas.

The No. 61 Lark-McLaren was run in the 1996 GT500 series, the championship that would turn into Super GT, with John Nielsen and David Brabham at the wheel. It helped Lark-McLaren lock in every single pole position of the season and then finally beat the No. 60 sister car to take that year's incredibly dramatic title. This is a car that deserves respect, then, and at the very least, the proper fuel.

Perrodo was out for a drive when the car hit trouble, so he phoned the man best placed to fix anything on a McLaren F1 GTR of the era. Paul Lanzante runs a classic car garage now, but he also oversaw exactly one of these cars winning the 1995 24 Hours of Le Mans, so he knows a thing or two about what makes them tick. When Lanzante couldn't get the car started, however, Perrodo realized there might be a bigger problem.

In a follow-up post, Perrodo explained the tale of woe. Calling it "the cook post of the century," he admitted that "after 25 years of dedicated petrolhead life, I did the mother of all f*ck ups! I put diesel in a McLaren F1 GTR."

"I don’t know what went through my head at that precise moment (actually, probably nothing)," Perrodo's confession continues, "but I was so happy and excited I just grabbed the first nozzle available (which incidentally was blue, like 97 ultimate!) and then I started filling the car.

"Firstly, had it been a modern car, the nozzle would not have fit in the hole but the GTR is a race car with a large aperture!

"Secondly, had we been in France, the diesel nozzle would have been disgusting and smelly but this was BP Chiswick and it was as clean and dry as a petrol nozzle!

"And finally, you’d think my friends would have warned me!"

Perrodo, who is well worth an Insta follow for his car stories alone, said this was the one thing Gordon Murray had overlooked when engineering the F1 GTR. "Anyhow, very important word of advice to McLaren F1 owners, the car is brillant and you’d think Gordon made zero compromise. Except he did one, the car won’t run on diesel."

It usually spells trouble when you fill a gasoline car with diesel, though it's not quite as critical as when it's the other way around. Diesel is way thicker than gasoline, so it can gum up the fuel delivery system in a hurry; that means the fuel pump, as well as anything inside the engine. Since diesel isn't nearly as easy to ignite as gasoline, a screw-up like this typically just leads to a good flushing. However, if someone were to put gas in a diesel car, it could combust way before it's supposed to, causing fiery problems that nobody wants.

Perrodo's story ends with Paul Lanzante quoted as saying what we're all thinking: "Mate, I’ve seen some truly shocking shit in my career, but you’ve just taken it to a whole new level."

That would make it one of the most expensive F1s ever sold—and they’re never cheap.

Neither BMW nor McLaren could make an SUV this cool today.