Biomimicry is when people draw inspiration from nature while creating. Imitating the natural world can have several benefits, whether they're aesthetic or purely functional, and it's pretty popular in car design. Speaking of which, the McLaren P1 is one of the cars designed with biomimicry in mind. In addition to making the car as appealing to the eye as it is, the McLaren team also solved a pesky aero issue with the car by utilizing a feature of the Sailfish's biology.

Perhaps the Toyota Supra could take a few notes out of the P1's playbook because as the car's designer Frank Stephenson explains, the issue the sailfish helped solve was related to wind noise.

See, unsteady airflow around the Supra causes loud buffeting, or that irritating helicopter sound, when the windows are down. This makes the car uncomfortable to drive at speeds above 40 miles per hour if you want to get a little fresh air. You could imagine that being even more of a problem on a hypercar as fast as the P1, which is perhaps why it was a bit more urgent to solve this issue for McLaren's team. The way they solved it was simple on paper and in execution. The sailfish—which can swim as fast as 70 miles per hour—has to manage much of the same turbulent flow that the P1 does around its windows, so Stephenson took note.

As it turns out, the sailfish has little airfoil-shaped bumps on its body just ahead of its tail which helps smooth out the turbulent flow of water. Stephenson modeled the P1’s after these and put them onto the support arm for the mirrors. The sailfish has only two bumps, but Stephenson added a few more for good measure and, somewhat surprisingly, it worked.

Stephenson also utilized biomimicry in the body of the car, stretching the outer surfaces of the Macca as tightly as possible over its mechanical components. He says this is similar to creatures like the cheetah, where the skin of the animal is stretched tightly over all of the muscles and sinews.

But all of this biomimicry talk aside, hearing the P1's designer explain the story behind the car is cool to listen to. Stephenson has more than a handful of noteworthy designs to his name like the first-generation BMW X5,

the new-generation BMW-manufactured MINI and the Ford Escort Cosworth.

That's all well and good, but I still want a YouTube channel out of the PT Cruiser's designer, Brian Nesbit. Now that would be an interesting story. 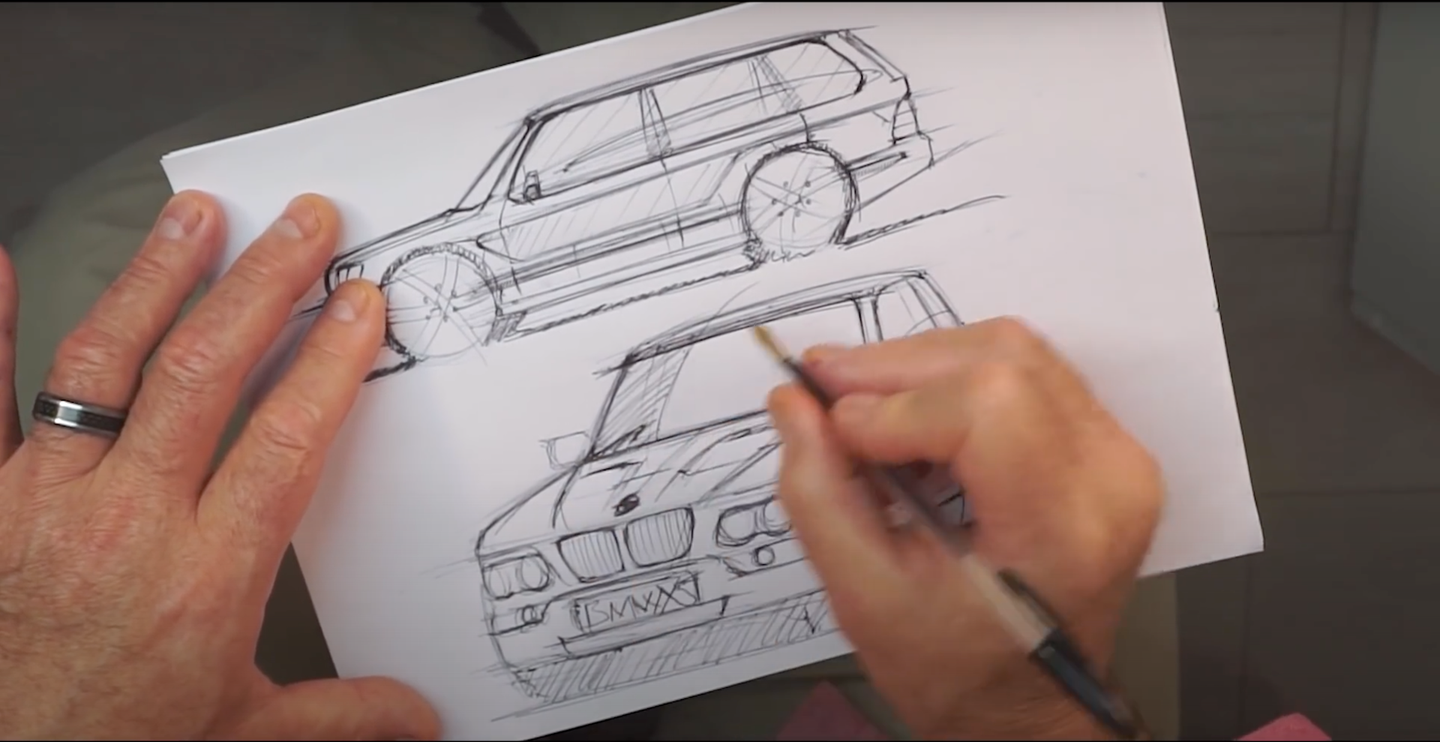 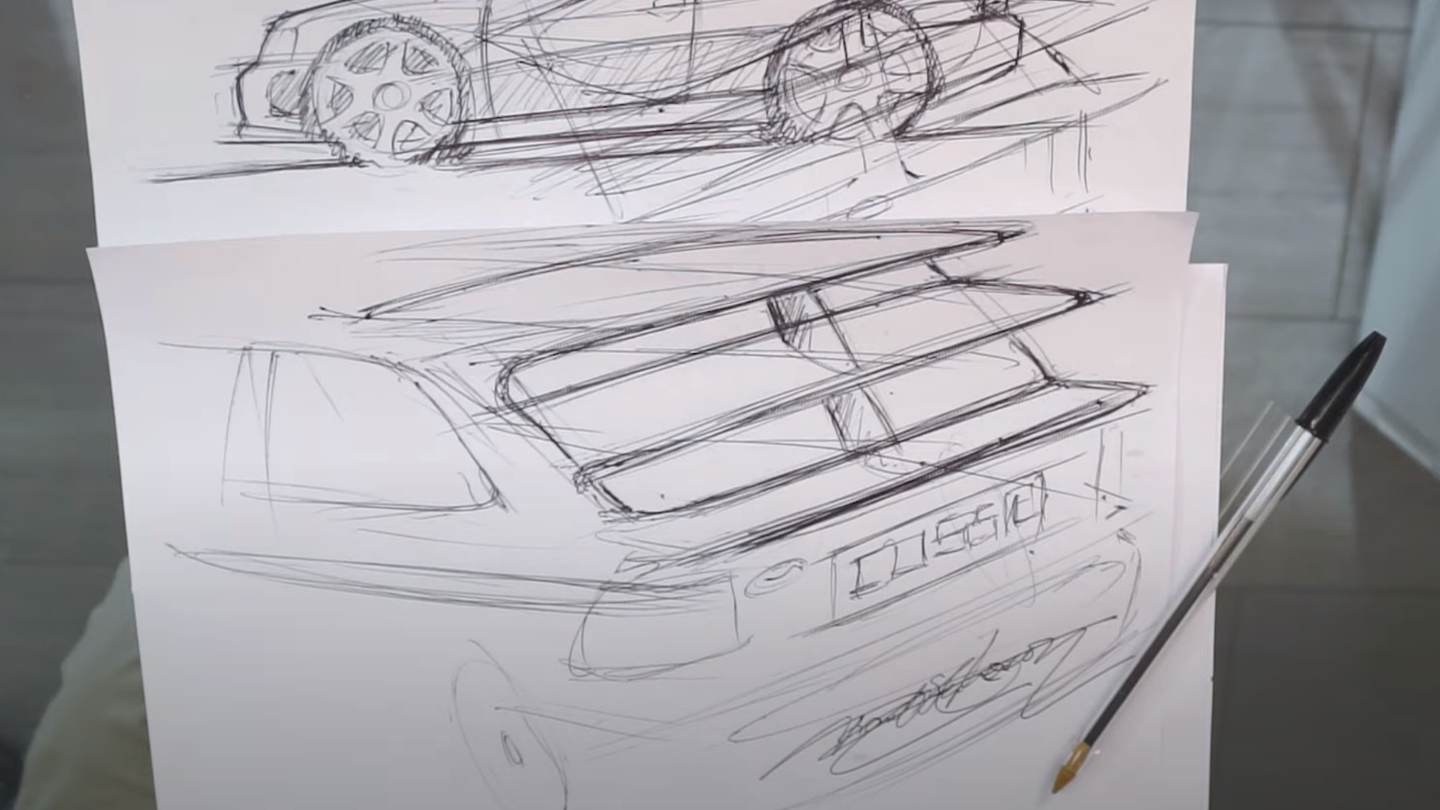 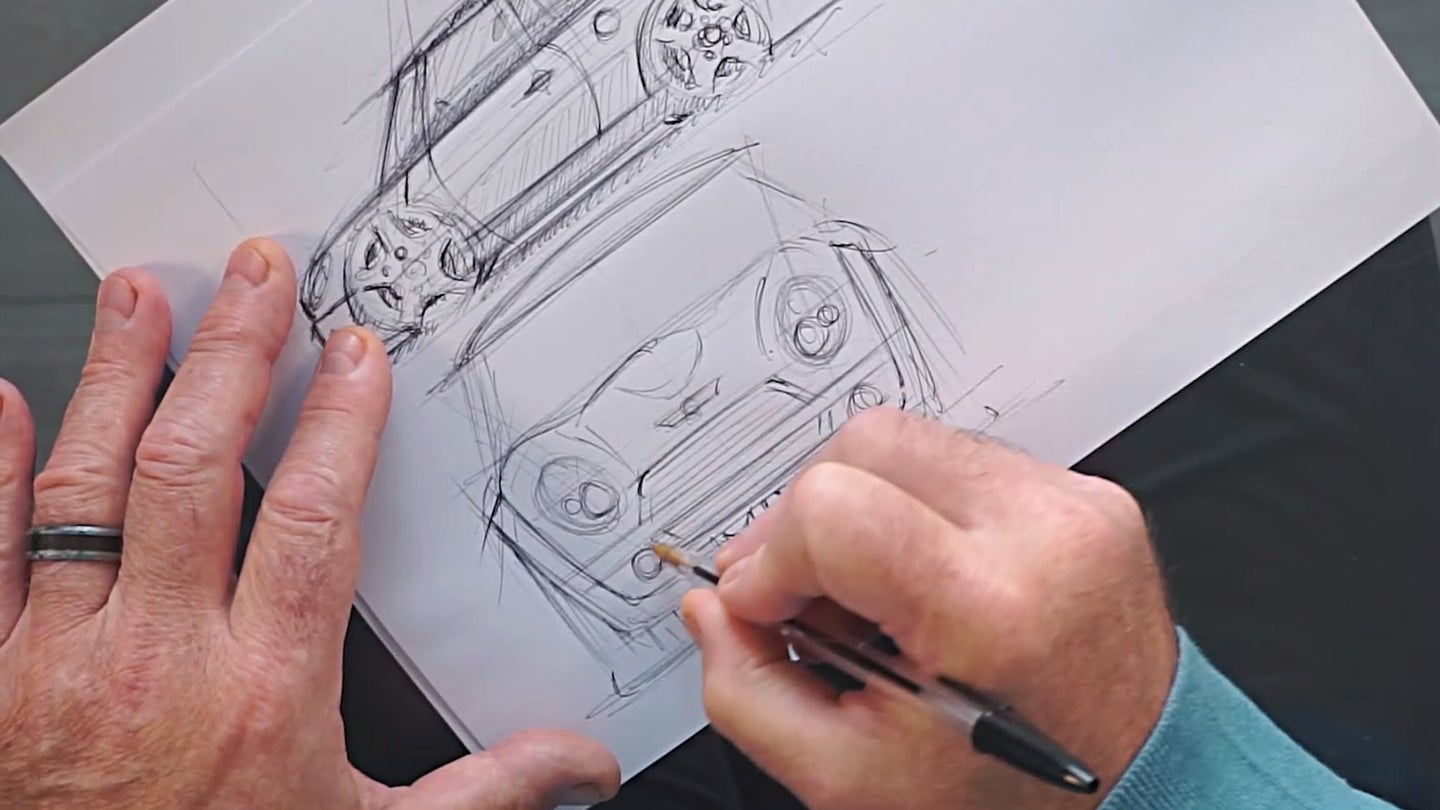