The automaker is reportedly threatening to cut car allocations and other dealer incentives. 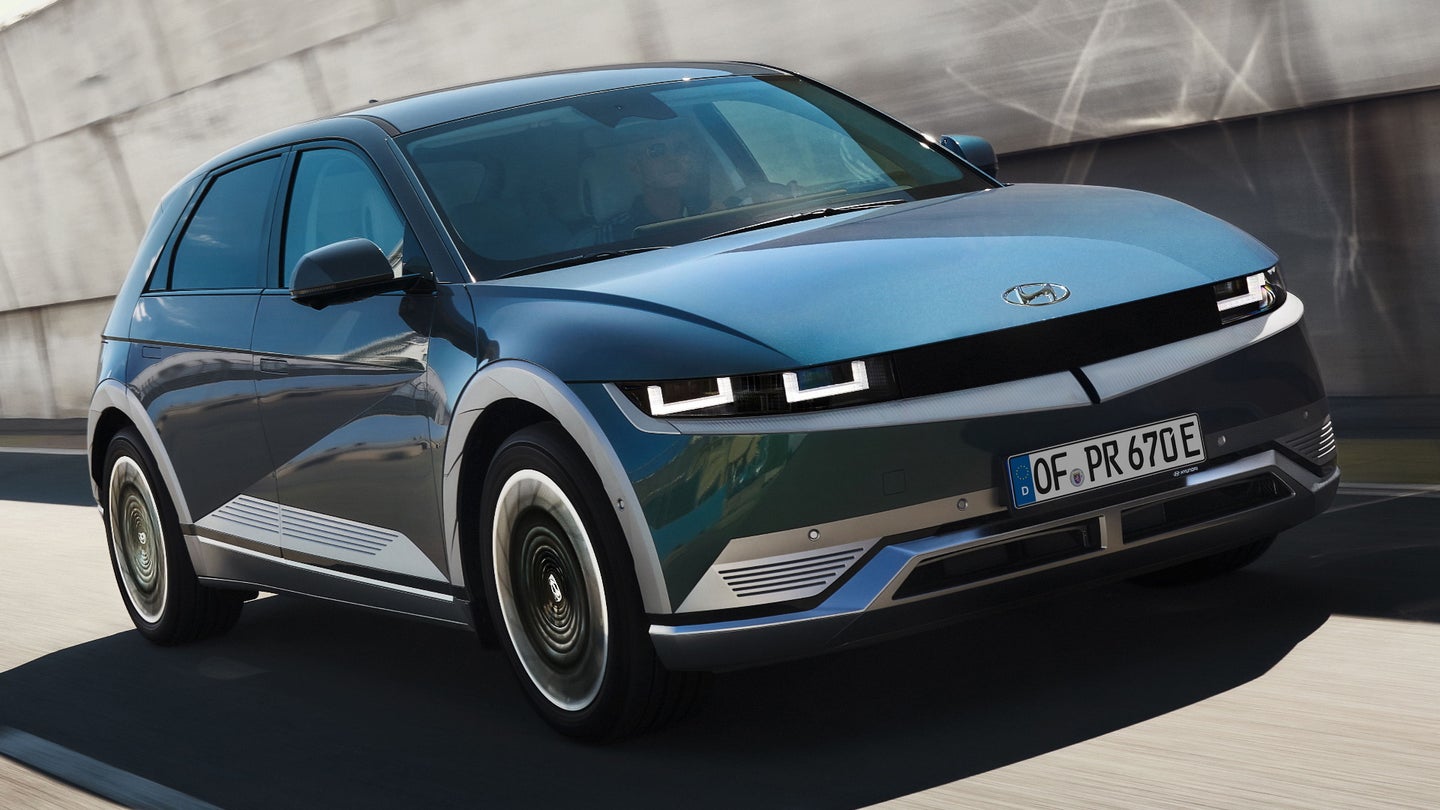 Automakers with hot new models are the hardest hit by dealer markups. Ford Broncos, Blackwing Cadillacs, and a slew of cars from Hyundai, Genesis, and Kia are seeing price increases far and wide. And now, following after its American counterparts, Hyundai corporate has apparently said enough is enough. Automotive News reports the Korean manufacturer has sent letters to both its Genesis and Hyundai dealers telling them that the chance of losing potential future customers "far overweighs any short-term gains to be had from what customers describe as unfair pricing."

It's not just bandying around harsh words, either. It's threatening to cut allocations. Hyundai reportedly recognizes it's not as simple as dealers being greedy; it prefaces the statement by mentioning the "supply and demand" of its cars is currently totally out of whack. Hyundai doesn't expect that to stick around forever, though.

Instead, Hyundai seems hopeful that the light at the end of the tunnel is getting brighter. Once the industry is finally out of this chip shortage mess, Hyundai says "customers will feel that they were overcharged for their vehicle and thus look to other brands the next time they are shopping."

The documents allegedly take specific issue with dealers pricing a vehicle one way online and then slapping on a markup once a customer visits the store to check it out. Hyundai also reportedly mentions pricing "way above-MSRP" that's particularly harmful to its brand. The company's ability to "capture new customers and retain loyal ones" is not going to be in a healthy place if this practice continues.

Hyundai reportedly takes time in the letter to recognize its dealers as independent franchises, but in the end, it's the one making the cars. It's got cards up its sleeve, too. Advertising benefits, allocations of vehicles, and other incentives could all be adjusted to reprimand offending dealers, AN reports. In other words, the manufacturer is ready to take action if it perceives certain dealers are harming its reputation.

Again, Hyundai isn't the first OEM to do this. General Motors and Ford have both told their franchises to cut the crap. These instructions aren't coming from any mid-level executive, either; Ford's own CEO Jim Farley is the one telling its dealers to ease up. Just the same, GM global President Mark Reuss has never been happy about the practice, and neither has its North American President, Steve Carlisle.

Let's hope other automakers follow in telling their dealers to be a bit more reasonable. Sure, cars remain in short supply and the chip shortage is still a thing, but taking slightly lower profits now might pay off when this whole mess eventually gets resolved. Manya automakers seem to realize that keeping long-term customers is better than making a short-sighted quick buck.

Dealer’s $5,995 Markup on a Mitsubishi Mirage Will Make You Scream