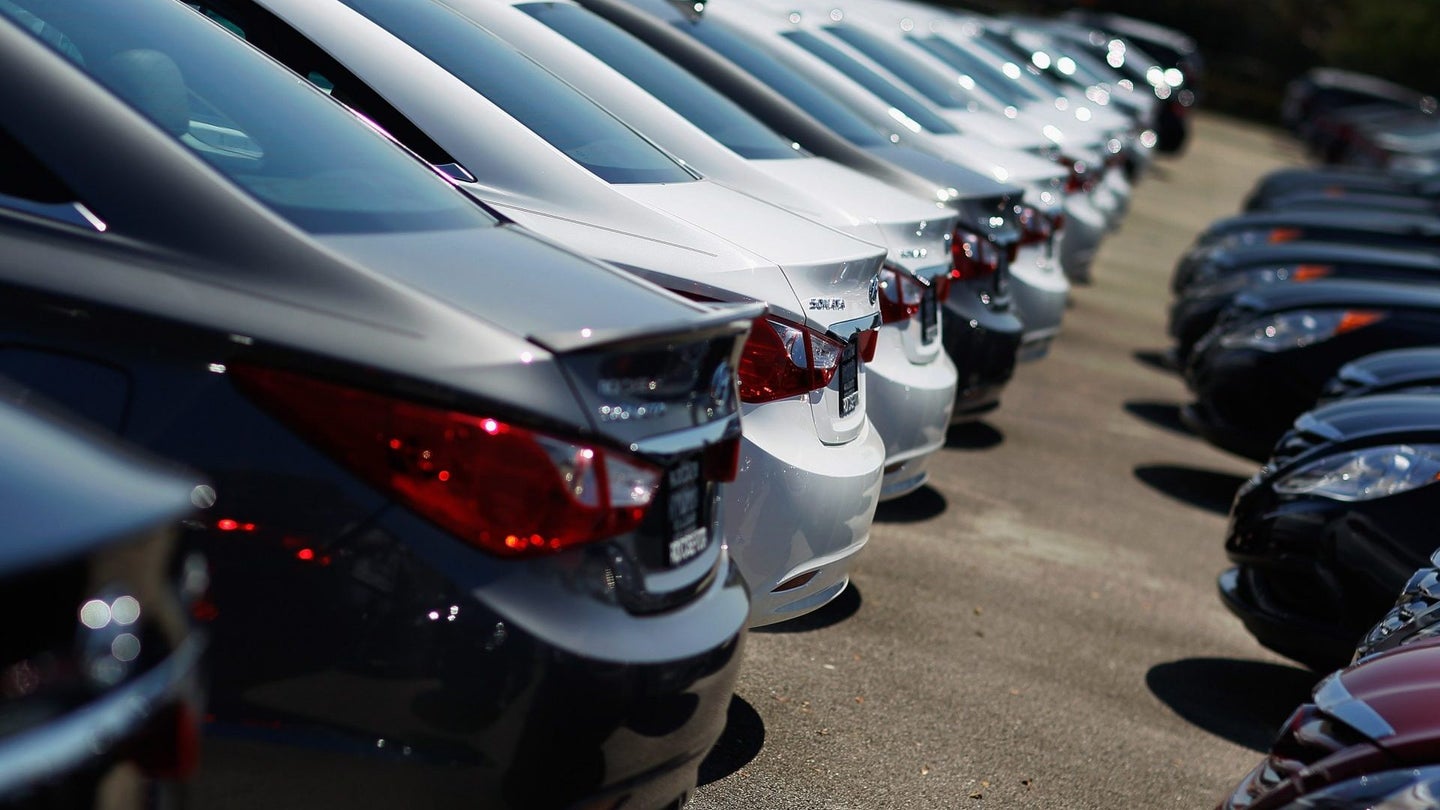 Florida police are currently searching for a group of car thieves who broke into a Miami Gardens dealership on Friday and stole an unlocked customer car that was in for an oil change.

According to Local 10 News, the perpetrators rammed at the gate at Lehman Autoworld with a stolen car before breaking into the service area and swiping something that was evidently more appealing than the car they were already in: a 2013 Hyundai from the service area that was owned by a woman who only wishes to go by "Carmen."

"The thieves jumped the wall of the dealership, is what he [employee] told me," Carmen said to Local 10 News. "And then they went for another car first and used that car to break through the gates."

The report doesn't specify what models the thieves traded up from or to but hey, when it comes to grand theft auto, go big or go home, we guess. Those six-year-old Hyundais sure are tempting, aren't they? Notably, the thieves were able to take Carmen's Hyundai with ease because the keys were kept inside of the unlocked, a dealership rep confirmed to the news outlet.

However, the dealer notes that the car was stored in a service area equipped with cameras as well as 24-hour security. Lehman adds that this was an "unfortunate situation" that has never come up in 35 years of business and that it "was addressed right away."

Still, Carmen naturally doesn't seem pleased with how the dealership secured her vehicle. "You are taking your car to do a regular check and it doesn't come back to you? I feel that consumers should know, be careful," she said.

On the bright side, Carmen has reportedly since been rolling around in a loaner vehicle and her stolen Hyundai has been recovered. Meanwhile, Lehman Autoworld says they are keeping all customer car keys in a lockbox from now on and are reportedly cooperating with the police investigation.

Rushed to an animal hospital in critical condition, the 15-year-old terrier will undergo surgery on Monday.

Get these guys in a pit crew, pronto.