The system will launch on production Hyundai and Kia vehicles later this year. 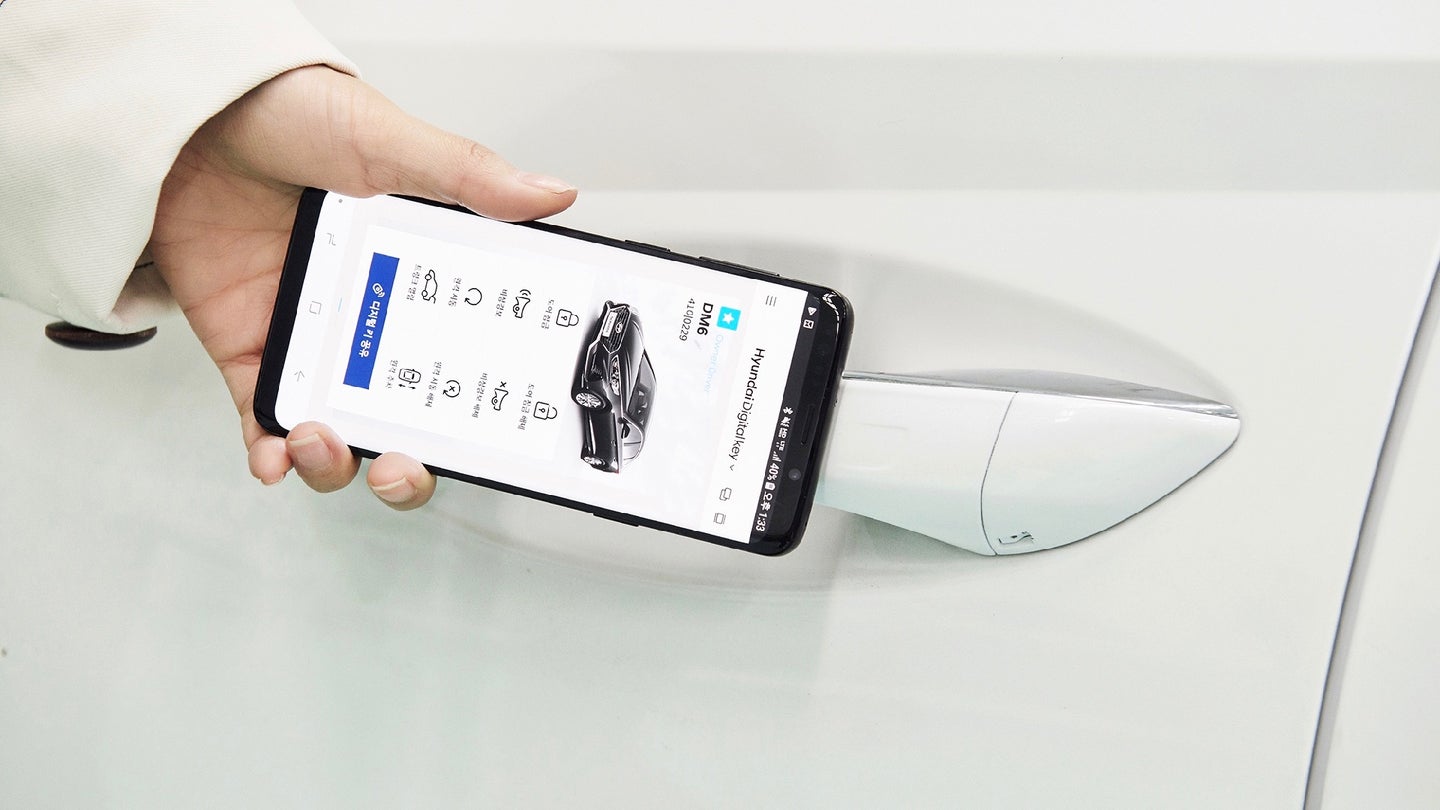 Hyundai has developed a "digital key" system that allows drivers to unlock, start, and drive cars via their smartphones. The system will launch in production Hyundai and Kia vehicles later this year, according to a company statement.

Owners can already use a Hyundai app to remotely lock, unlock, and start their cars, but this new system also allows them to drive around without a physical keyfob. Based on near-field communication technology, the system relies on antennae to pick up a signal from a nearby authorized smartphone.

Antennae used to unlock the car are located in the driver's and front passenger's doors, while the antenna used to start the engine is located in a wireless phone-charging pad in the center console. The driver simply places their phone on the pad and presses the engine start button. A key card will be provided in case the car needs to be handed off to a valet or mechanic, Hyundai said.

The system is also geared toward future car-sharing services in which owners rent out their cars. This so-called "peer-to-peer" model is currently used by Turo and General Motors' Maven but hasn't gained widespread acceptance. Perhaps making the process easier will make it more popular.

Using the digital key, drivers will be able to transfer access to a vehicle using a smartphone application, according to Hyundai. An owner could also use the system to control how other people use their car, by limiting access to certain features or capping the amount of time the car can be driven. The same tech could also be used to give couriers access to the trunk to drop off packages. GM and Volvo are already experimenting with in-car deliveries.

Hyundai is not the first automaker to promise these types of features. Tesla Model 3 buyers are already familiar with the idea of unlocking and starting a car using only a smartphone. Volvo has discussed adding similar tech to its cars since 2016, while Mercedes-Benz has developed a digital-key system for the new A-Class with an eye toward peer-to-peer car sharing.