A Hydrogen Station in Norway Blows Up, Truth is Among the Victims

In the fight against global warming, we need all the technologies and ideas we can get. What we don’t need are battery vs. fuel cell holy wars. 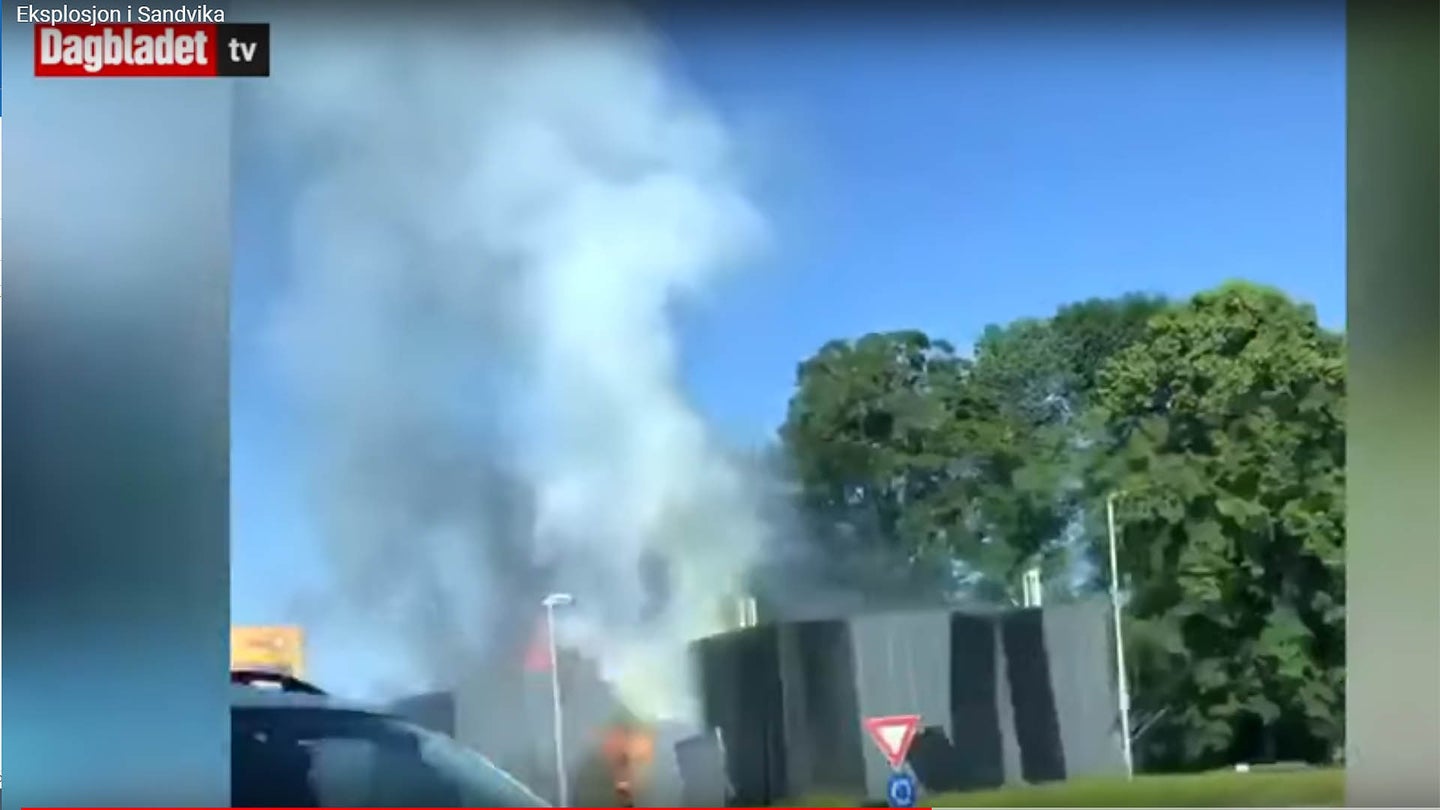 Regrettably, one of Norway’s three hydrogen fuel stations blew up on Monday (thankfully, without a loss of life or limb.) Even more regrettably, the incident puts (harrumph) new fire under the hard to understand hate campaign against a promising solution in the battle against global warming.

First, the facts. On Monday, 6/11/2019 at 5:40 pm local, the Uno-X hydrogen station in Sandvika in Bærum, Norway, exploded. Nobody was harmed, except for two people who received minor injuries when the airbags in their cars deployed – possibly triggered by the blast. Video here. The cause of the eruption is unknown, and under investigation. Norway’s major Aftenposten daily says it was “probably a hydrogen tank that exploded.” Even that isn’t 100% sure yet.

For sure the incident is hard on the few owners of FCV vehicles in Norway and Europe. According to public data, some 160 hydrogen FCVs have been registered in Norway, 102 of them in the region served by the Uno-X station in Sandvika. The remaining 52 also are out of hydrogen gas, because Uno-X closed all its three hydrogen stations it has in Norway, and it stopped the sale of hydrogen in other EU countries. Uno-X is a chain of discount gas stations. Their sales of gasoline and diesel remain unaffected.

So far, the biggest impact of the explosion is on Norway’s FCV drivers, who don’t know where to fuel-up. According to media reports, Toyota will supply its Norwegian FCV customers with loaners. The only companies selling FCVs in Norway are Toyota and Hyundai, and the enthusiasm for their hydrogen-powered cars is limited. Toyota sold all of 7 (seven) FCV Mirai in Norway this year, Hyundai is ahead of Toyota with 21 (twenty-one) FCVs sold since January 1st. Both OEMs are reported to have stopped their FCV sales – in Norway.

The facts did not stop Elon Musk fanzine Electrek from running this headline:

Along with Insideevs and Cleantechnica, Electrek is at the forefront of Tesla’s crusade against allegedly biased and misleading reporting. Their article is a lesson on how to do misleading. It comes with one of the most stupid infographics around, attempting to show the superiority of battery over fuel-cell with the “electric moter” (sic) of a car directly powered from sunshine.

The story itself banks on the common ADD sufferer not reading beyond the headline, and on Twitter doing the dirty work, which it does.

I called Toyota’s Tokyo HQ, and their spokesperson Kayo Doi confirmed that “Toyota Norway has temporarily suspended Mirai deliveries as refueling is currently not possible in the country. Toyota Norway will support any inconvenienced Mirai owner with the loan of another vehicle should they need it.” As far as halting sales of fuel cell cars go, Ms. Doi told me that sales of their Mirai FCV in other markets are unaffected. Which also should answer whether “this is the end.” It is not.

As environmentalists fighting global warming, we should welcome all technologies with a chance to reduce greenhouse gases. Internecine warfare is counterproductive, it simply aids the status quo.