Giorgio Moroder's Own Cizeta V16T Supercar Is Coming Up for Sale

Designed by the same mind as the Lamborghini Countach and Lancia Stratos, this V16 supercar is one of the all-time greats. 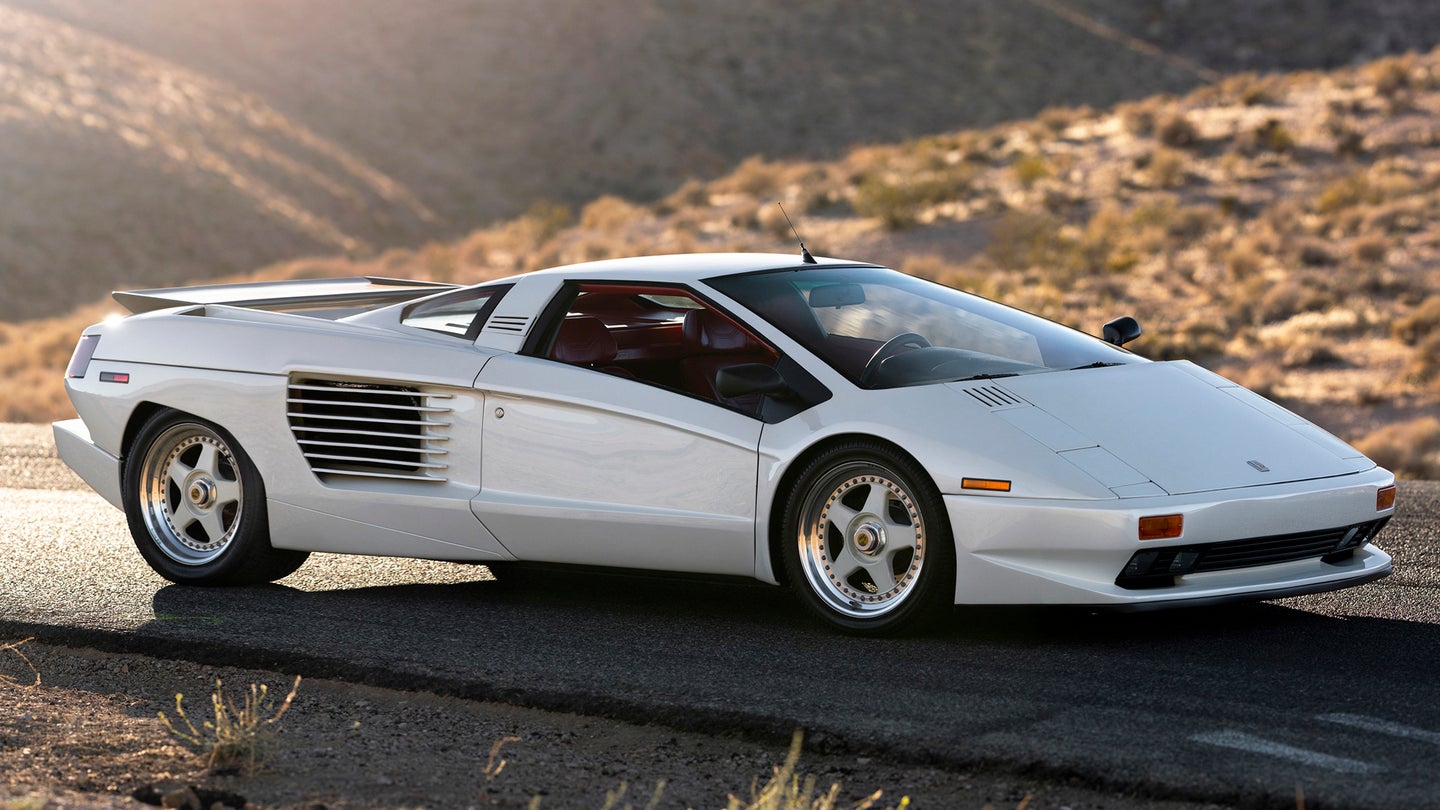 The Lamborghini Countach, Miura, and Lancia Stratos—the C.V. of one of supercar design's gods, Marcelo Gandini. Iconic as his best-known designs are, though, they still fall short of one of his greatest-but lesser-known works; the V16-powered Cizeta V16T supercar, of which only 10 or so were built. Next month, the greatest of their small number—the original concept car, chassis 001—is coming up for auction, presenting the chance to own one of the greatest supercars ever built.

The Cizeta-Moroder V16T was conceived in the 1980s by former Lamborghini test driver and development engineer, Claudio Zampolli, and Academy Award- and Grammy-winning composer Giorgio Moroder. The two met at Zampolli's exotic car repair shop, where they established a common interest in creating a supercar.

The V16T, as it would become, would repurpose parts of Gandini's original concept for the Lamborghini Diablo, and be based on the layout of the prior Miura, with a transverse-mounted engine out back. Said engine was a 6.0-liter V16, an amalgamation of two 3.0-liter V8s from the Lamborghini Urraco, which combined to form a freaky octuple-cam V16 that somehow didn't stretch the Cizeta's fenders especially wide. (It was apparently less than an inch broader than the Diablo.)

The 540 horsepower and 400 pound-feet of torque Car & Driver reports it produced traveled to the rear wheels via a five-speed manual transaxle, slinging the V16T from zero to 60 mph in an estimated 4.2 seconds, and potentially pushing it on beyond 200 mph.

Cizeta's concept car, chassis 001, debuted Dec. 5, 1988 in Los Angeles at an event hosted by Jay Leno, to a tune written by Moroder himself. It would subsequently appear at the 1989 Los Angeles Auto Show and in Geneva, drawing enough attention for Cizeta to sell a small run of the cars. These would differ slightly from the concept, with altered interiors and bodywork. The side intakes were reportedly smaller and featured fewer strakes, while their turn signals, fog lamps, and side mirrors would differ too. 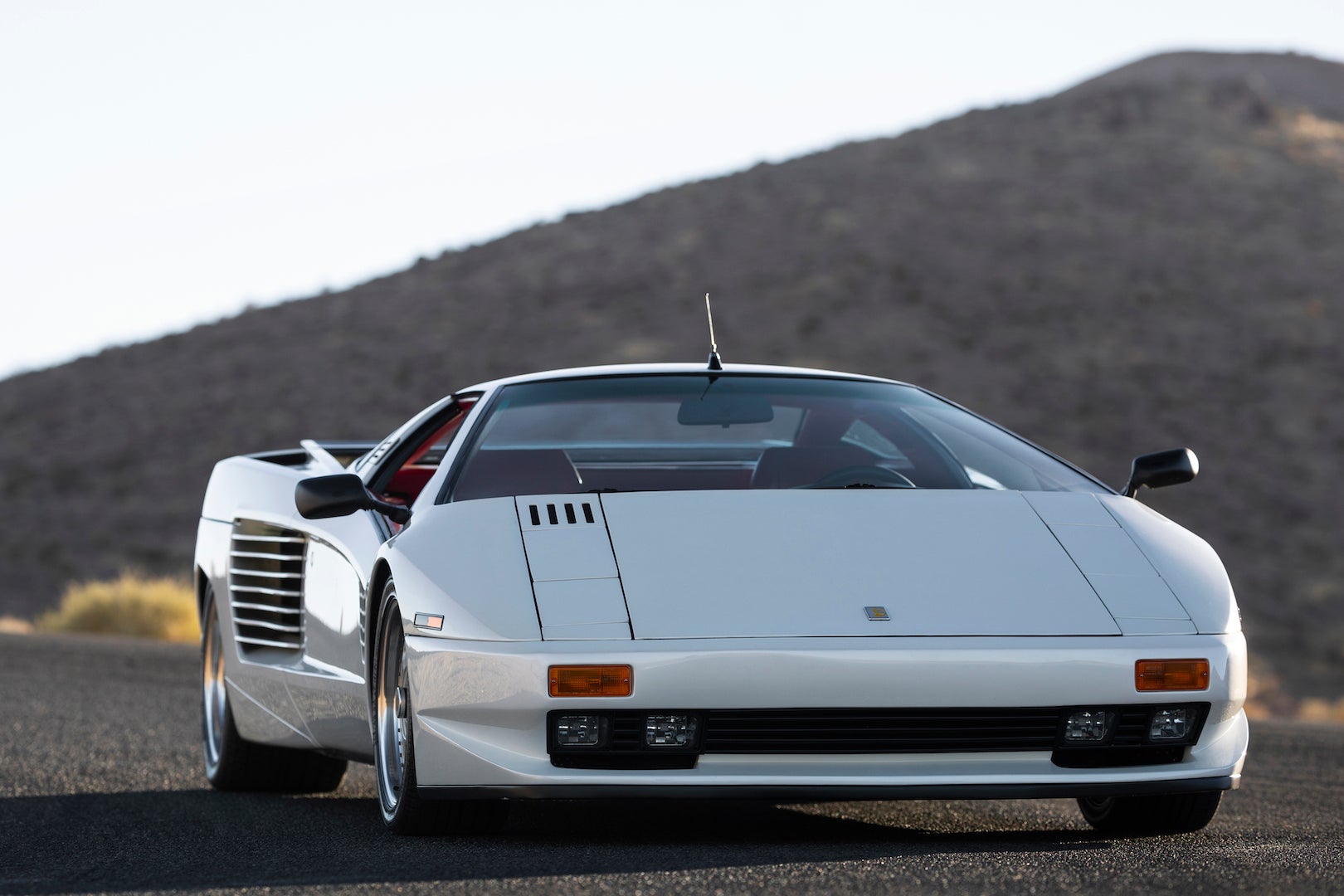 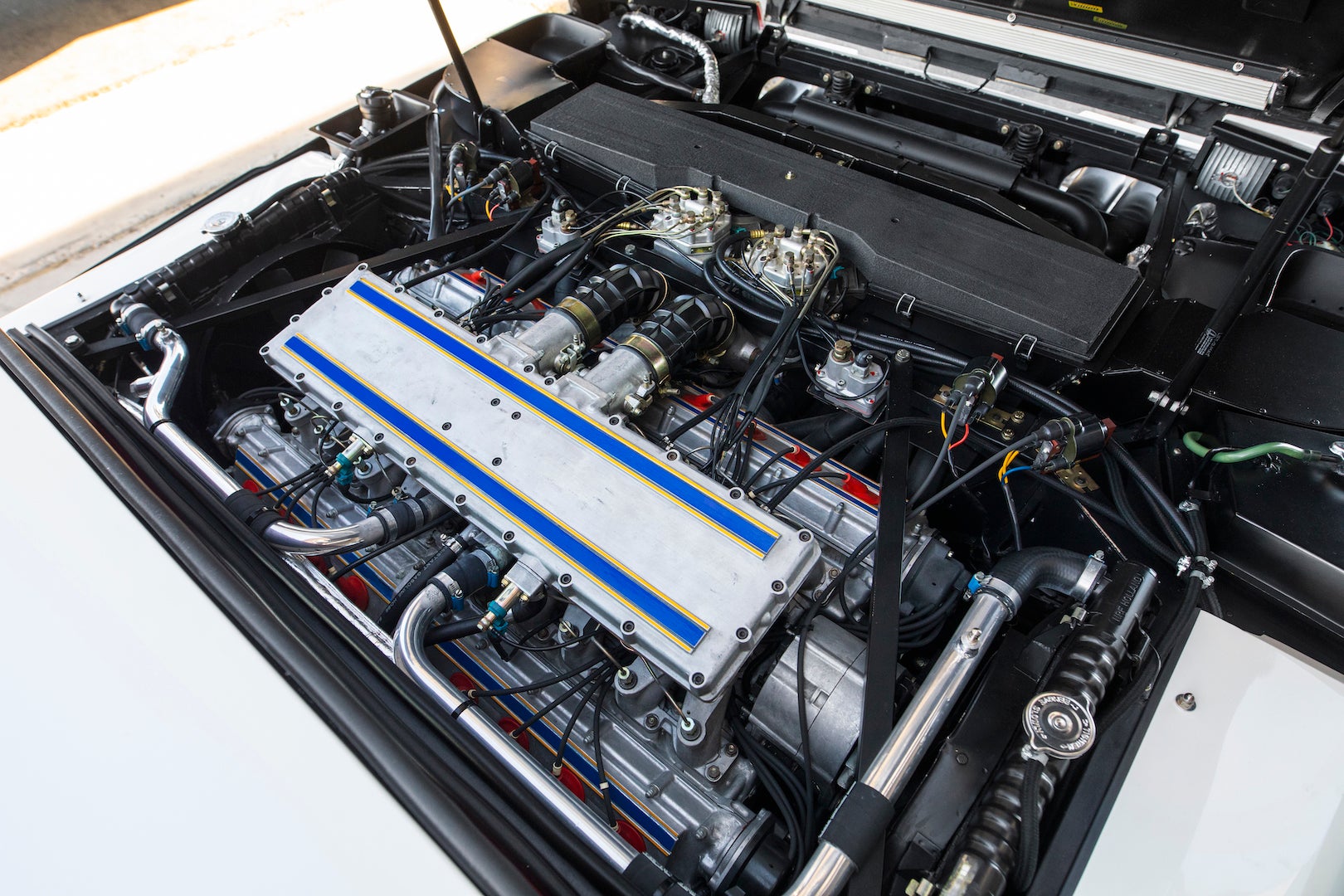 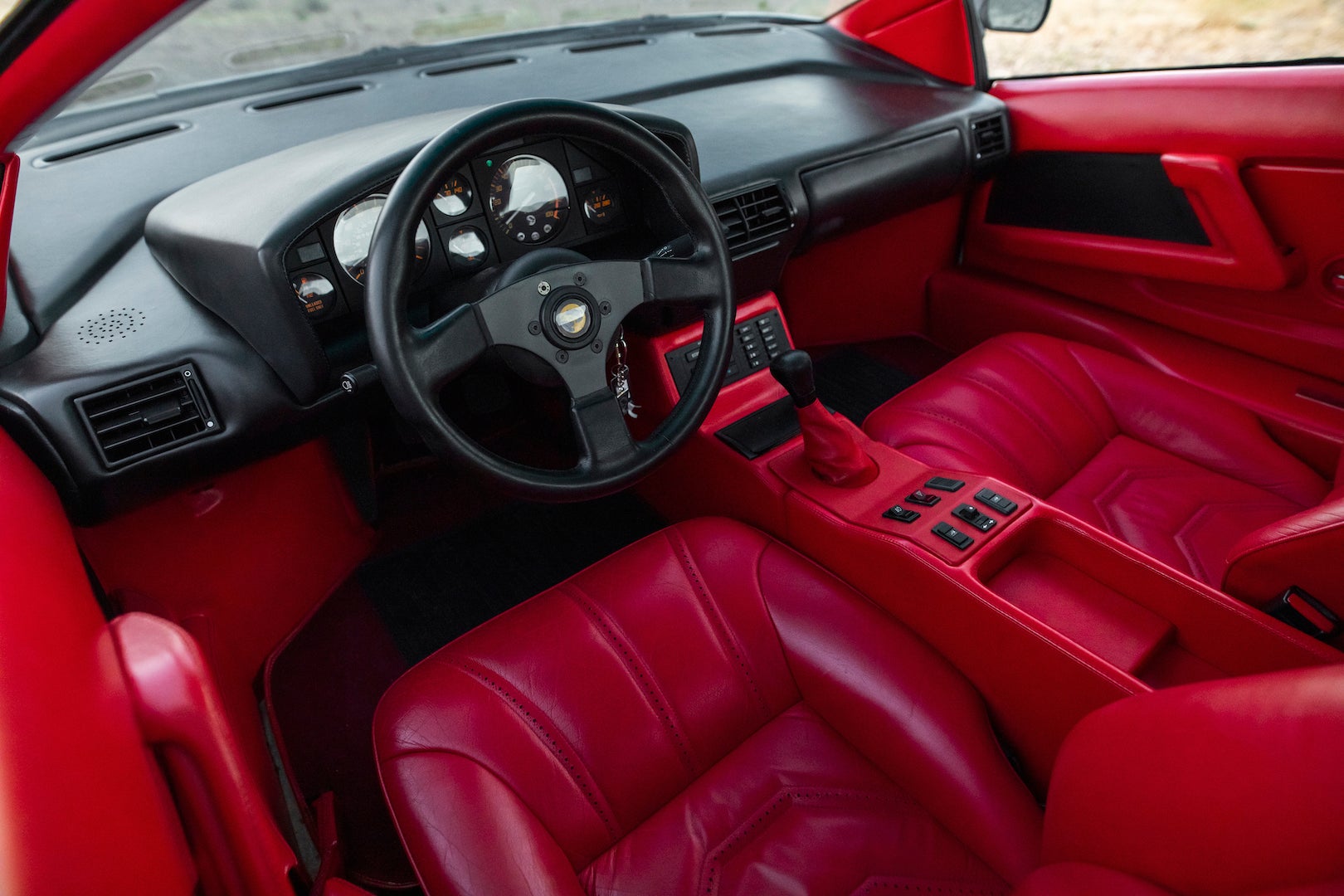 Most notably, they wouldn't be badged as Cizeta-Moroders, as Zampolli and Moroder's partnership reportedly faltered before production due to delays. Cizetas were, after all, extremely complex cars (remember, octuple overhead cams), and at the modern equivalent of $657,000, they weren't cheap either. But Zampolli and Moroder had still achieved what they set out to do—build a supercar—one that by nature of its extremity deserves to be in the supercar pantheon along with the Ferrari F40, McLaren F1, and Lamborghini Countach.

Unlike the Countach, though, whose concept had to be painstakingly recreated over 25,000 hours due to the concept's destruction, Cizeta 001 survived and was kept by Moroder after retiring from the show circuit. In 2018, it was shipped to California for restoration, where it also received crucial functional upgrades, notably extra heat shielding on the fuel tank. Soon, it'll be for sale, as RM Sotheby's plans to auction the car in Phoenix, Arizona on Jan. 27, 2022. The auction house offers no estimated hammer price, but don't be surprised to see it snag upper six to low seven figures. That simply seems to be the price of having sixteen cylinders to play with.