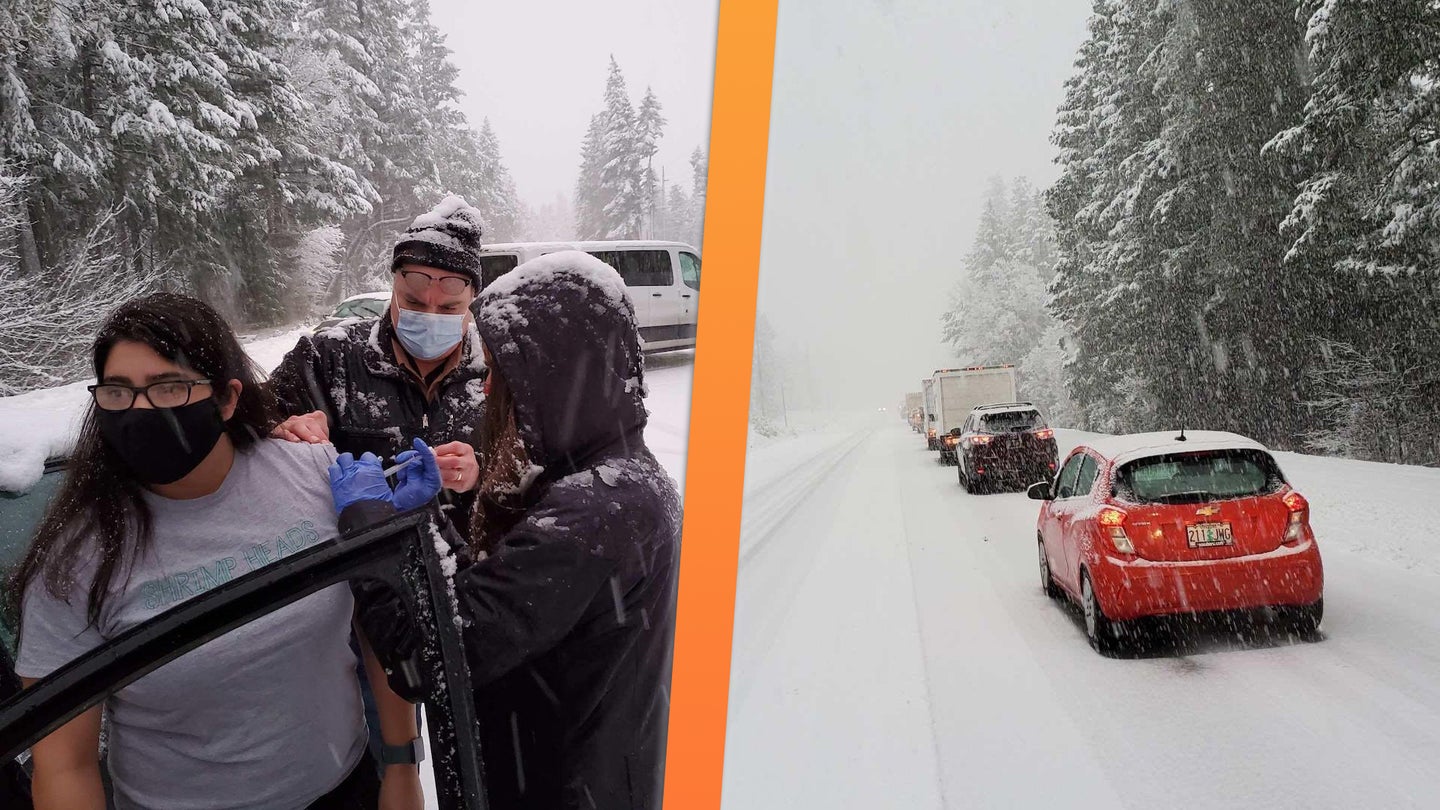 The arrival of COVID-19 vaccines has come as a relief to the billions across the world shouldering the burden of social distancing. But while scientists have done their part in pulling off the miraculous, health agencies in some parts of the United States have dropped the ball; many doses have expired before they could be issued to those in need. Despite America's healthcare system repeatedly failing frontline workers, though, they continue to give eleven tenths, in one recent case braving a snowed-in traffic jam to distribute vaccines at risk of going bad.

As the Associated Press reports, it unfolded on Tuesday just outside Cave Junction, Oregon, where Josephine County Public Health staff and volunteers had coordinated to host a vaccine clinic at Illinois Valley High School. Once the event was over, officials found themselves with six leftover doses and their next potential recipients some 30 miles to the northeast in Grants Pass. En route, however, county health workers became stuck in traffic as a snowstorm rolled through, threatening the expiration of the remaining doses.

Instead of wasting these crucial vaccines, however, healthcare workers got out of their vehicles and began offering them to other drivers stuck in the jam. They successfully found six recipients, one of which was an employee of the county sheriff's office who had been on deck for a dose at the Illinois Valley High School event but had arrived too late.

Josephine County Public Health officials later shared a summary of the event in a Facebook post, with the organization's director saying "it was one of the coolest operations he'd been a part of."

As much as we'd like it to be, this pandemic isn't over. While vaccines are being delivered to those in most need of them, there are plenty still to go. So, resume the Zoom calls and reactivate that Netflix subscription, because we're not out of the woods yet. At least we'll have some weird new Formula 1 movie starring John Boyega to pass the time.