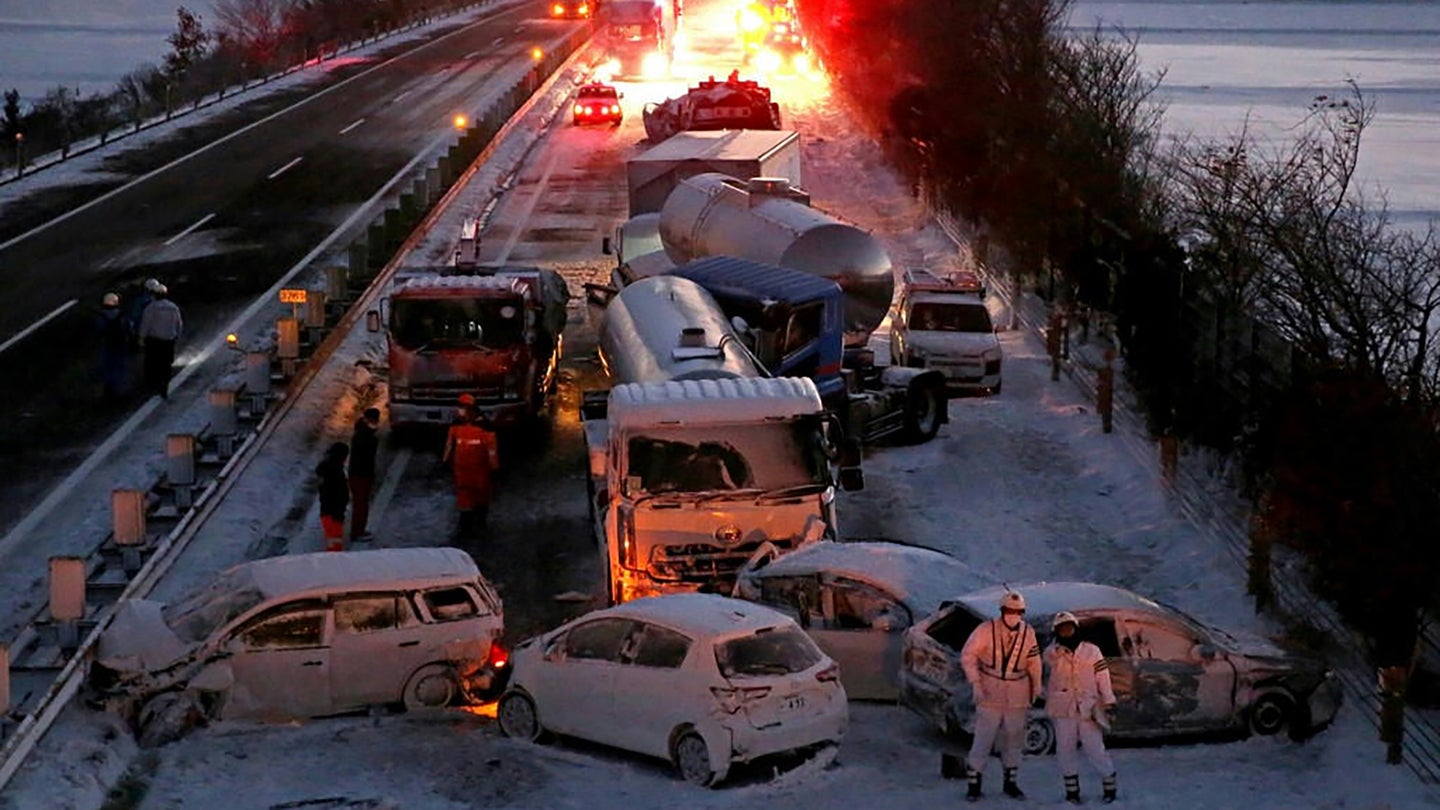 Coming in suddenly with 60-mile-per-hour winds, a snowstorm hit the Tohoku Expressway in Osaki City around noon on Tuesday. The resulting whiteout caused a massive pileup accident on the island nation's longest highway, which connects the Tokyo metropolitan area with northeast Japan. The Associated Press quotes at least 134 vehicles involved, with one fatality and 10 more people injured. With small cars stuck between large trucks and buses, some 200 commuters were locked in their vehicles for hours, waiting to get food, water and help as the emergency services fought their way through the weather.

This comes after more than 1,000 people spent last Thursday night and Friday stuck on the Kanetsu Expressway connecting Tokyo and Niigata prefecture. That string of incidents was due to a car coming to a definite halt in the deep snow right in the middle of the road, clogging up the highway until the traffic jam reached its peak with a 9.3-mile line looking into the night.

Japan has been battling some ultra-hard winter weather for weeks now, with continuous heavy snowfalls due to a phenomenon of sea-effect snow, which is similar to lake-effect snow in the United States. As a cold air mass moves across long expanses of warmer waters, the lower layer of the air picks up vapor as it gets heated up by the water, only for that vapor to freeze, and then hit the coastline with plenty of snow, turbocharged to storm levels by sea breeze.

While the stranded vehicles got cleared off the road by Tuesday evening, the Japan Meteorological Agency expects more snow, ice and even avalanches to hit the Hokkaido, Tohoku and Hokuriku regions. East Japan Railway also suspended some of its shinkansen bullet train services in Miyagi, Iwate and Akita prefectures, with more restrictions to follow.

Perhaps this challenging weather can be seen as one more reason for Toyota to re-introduce the 1995 Mega Cruiser, a full-size SUV officially discontinued 20 years ago.