There’s a New Netflix F1 Movie Coming, And It’s Going to Be a Crime Thriller

Less Drive to Survive and more Baby Driver, then. 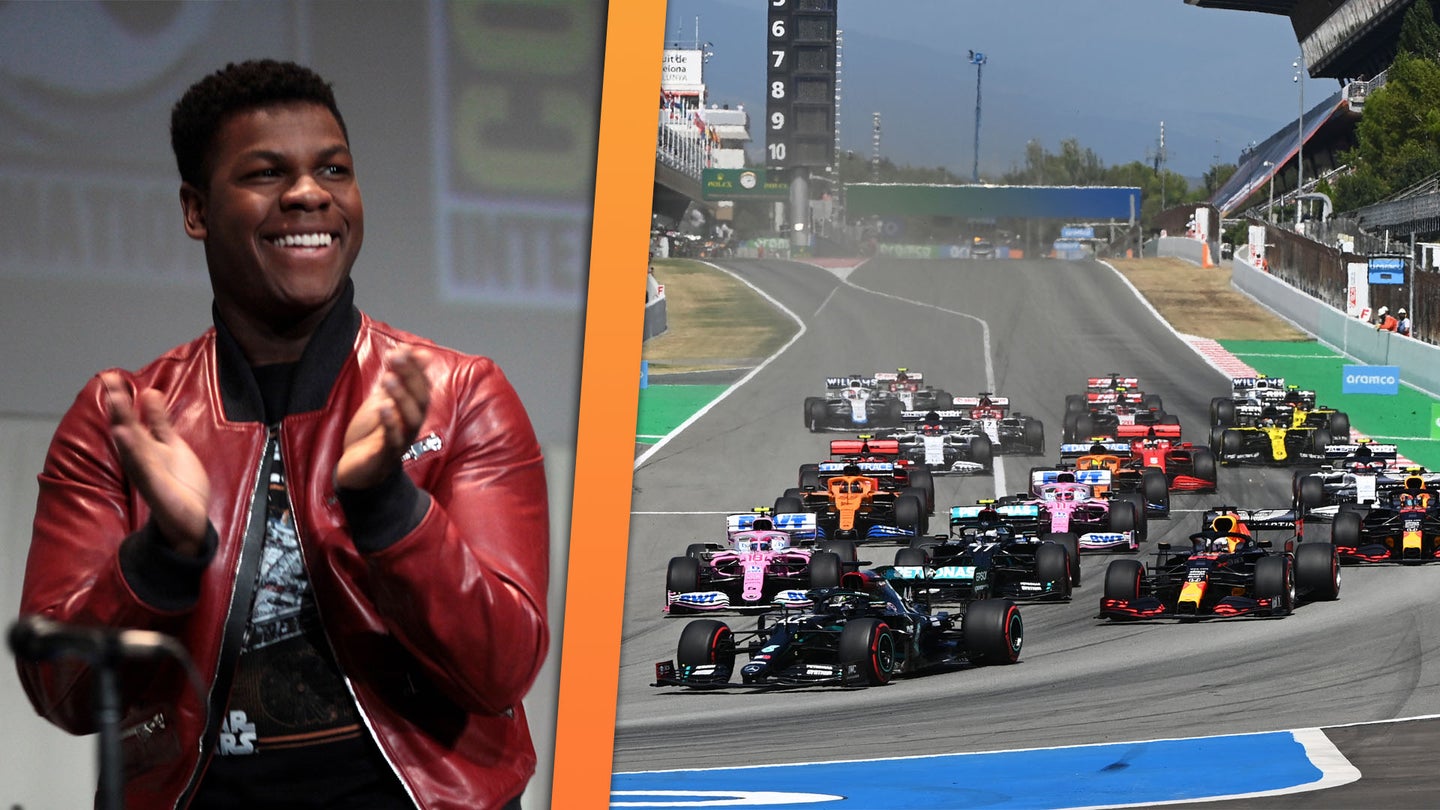 F1's popularity is rising lately thanks in-part to Drive to Survive, a Netflix series following the F1 season as it unfolds each year. It can be a little dramatic and perhaps embellish reality a bit, but nevertheless, it's getting people excited about F1. Riding this wave of the sport's popularity, Netflix has announced a new film based around the sport called The Formula. No, it's not a period piece like Rush; it's a fictional drama set in the present day, and it's not just about racing.

The film is set to star John Boyega as an American F1 driver who, through entanglement with his mob-connected team boss, Robert De Niro, ends up becoming a getaway driver to save the lives of his family. If it sounds a bit like a classic Hollywood movie, well, you're not wrong there. But keep in mind that this film, according to Motorsport.com, is the first to be released about contemporary Grand Prix racing since 1977's Bobby Deerfield starring Al Pacino. That's more than 40 years since there's been a non-documentary film about modern F1.

The film is going to be written and directed by Gerard McMurray, whose previous films include the acclaimed 2017 drama Burning Sands and 2019's The First Purge. On Instagram, McMurray said, "Feels amazing to see this idea in my head finally come to life that I’m writing, directing, and producing. My new production company Buppie Productions is teaming up with Tribeca Films and Netflix to bring to you a dope original film coming soon called THE FORMULA starring two of my favorite actors, John Boyega and Robert De Niro."

According to McMurray, Boyega plays the star, a young F1 prodigy from Detroit who becomes a racing star with help from his mentor, De Niro. Clearly, those criminal connections come back to haunt both of the characters, which leads Boyega's character to use his wheelman skills for more than Grand Prix action.

The film is still in early production so not much is known about other supporting cast or further details surrounding the plot, so stay tuned for more when it comes out. Let's hope this movie isn't too Hollywood, and at least gets a few racing details right. Fingers crossed for more Baby Driver than Rubber.