Happy 50th Birthday to the Lamborghini Urraco and Its Teeny 2.5-Liter V8

The even smaller 2.0-liter didn’t drop for another two years. 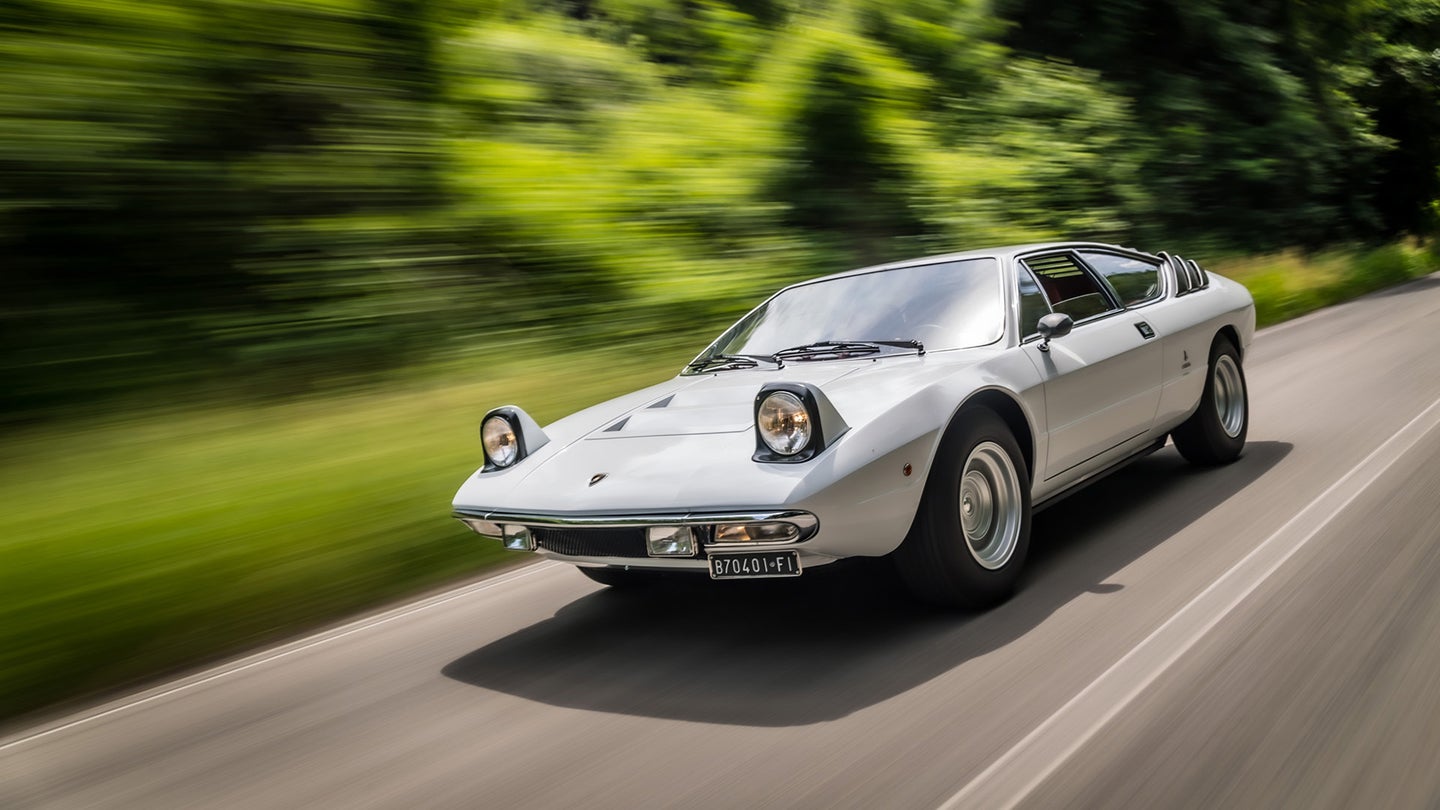 Contrary to popular belief, Ferruccio Lamborghini wasn't that much into supercars. The Miura may have been the first of its mid-engine kind, yet the man who built his wealth with tractors started his car business with front-engine gran turismos, only to continue by preferring the same level of luxury. Lamborghini's refusal to enter motorsport with his Ferarri-beating, Bizzarrini-designed V12s also led to Gian Paolo Dallara's departure in 1968. The following year, Ferruccio and Marcello Gandini at Bertone introduced the Espada, Lamborghini's biggest front-engine V12 coupé to date. Then came a union strike, and Lamborghini had to get ready for the 1970s.

The classy Islero may have been the boss' favorite, yet that wouldn't stop it from being a sales flop. With Paolo Stanzani being his chief technical officer, Ferruccio moved on by launching the high-performance Jarama 400GT, while Stanzani was to come up with a clean sheet mid-engine 2+2 design powered by an equally new V8, which was to become Lamborghini's entry-level offering in 1970.

The resulting Urraco P250 launched with a 2.5-liter, single-overhead-cam V8 producing 220 horsepower at 7,800 rpm for a top speed of 152 miles per hour. Stanzani's engine used a “Heron chamber” head with a flat inner part and the combustion chamber contained a depression in the top of the piston. This resulted in higher compression on a budget. The V8 also used four double-body 40 IDF1 Weber carburetors.

Fifty years ago, Lamborghini's publicity shots revealed that at under 14 feet long, their new 2+2 wasn't just capable on both dirt and gravel...

...but also rather practical and stylish when parked by an old factory. Still a Gandini design, of course.

Hit by even more financial challenges on the tractor end, Ferruccio Lamborghini decided to sell his controlling stake in the car factory by 1972. His team was just about to create the Countach, while triggered by the oil crisis, the Urraco line got a 2.0-liter, 182-horsepower option designed with the Italian tax system in mind. Following the P200 at the 1974 Turin Motor Show, 1975 saw the introduction of the Urraco's final evolution, the P300 with its double-overhead-cam 3.0-liter tuned to a healthy 265 horsepower.

On his 100th Birthday, Get to Know Ferruccio Lamborghini Better

The rampant bull was more nuanced than you think.